– Is it possible to give us a quick overview of the Arab Bankers Association? 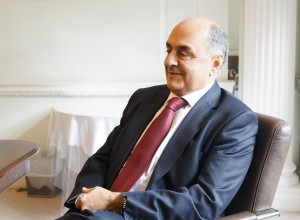 – When was the joining of the Association
I joined the association for the first time in 1986 but had to leave in 1992 for my travel to Riyadh and work there, and I went back again to join in five years later.
The Assembly is now in a new life, in 1980 there was a so-called oil boom, and became a need for Western institutions to recognize the Arab institutions, especially in the Gulf states, this need which established the Arab Bankers Association, where there was areas to continue after the Arab countries that were still under development. The Assembly arranged these meetings between bankers and financiers and Westerners on the one hand, a regarding oil and petroleum in the Gulf in particular, allowing contribution to securing common ground work.
Now the situation has become a different of course after the construction boom and the large scientific infrastructure which originated in the Middle East to secure all means of communication and transportation, airports, hotels, etc.,

– But still – even with the progress that you mentioned – there is still bigger role of the Arab Bankers Association.
We helped dedicate this Assembly liaison to speak after a recession, in fact what happened from the developments in the region or Masmi as the “Arab Spring.” The countries of the region as a whole once again waiting for the return of communication between Western and Arab experts on the subject and certainly The Assembly is the premise of this communication.

– We know that Albah headquarters in London, is there branches in Arab countries?
We are not currently in London only, and that is what raises the question about what we do, too. Where there is a lot of financial institutions and banks in Arabic and even non-financial institutions, these institutions in all need to meet under one umbrella. This highlights the role of the Assembly in the Help of Arab financial and banking communities Also in London in collecting and methods of communication and service, and to help them put their issues and shared concerns, laws and arrangements for their own are usually difficult and heavy on the shoulders of those institutions. We are here observing from the
state and the lawyers and experts to communicate with these institutions and explain those difficulties to them and how to overcome them in the future. Every year we do events,
for example, financing methods, taxes and legal affairs and concerns common to all the other activities of interest to those events.

– Is there an evaluation through the annual presentation of the results that have been achieved through these meetings and activities, or rather Are there tangible results of such activities?
I personally I have no doubt that the popularity of those activitiesare as a result of the confidence of the institutions in our ethos, there is a reaction in those meetings and discussions useful for everyone, no one comes to listen only. Also these periodic meetings between the different institutions opens the prospects and opportunities for Mali to work between those events and institutions, For example the work we do after the seminar or presentation allows the representatives of those institutions convergence chatted at length opening up prospects for joint action among them.

– Like that, I ask all of Assembly, where the size of membership, How many members are there ?
We have 27 Arab and global institution and we have three categories of memberships for the first category is the category of the trainees or students, w
ho are often young people less than 25 years. The second category of individuals, and the third category of institutions, generally contain 400 members of the Arabs and foreigners. 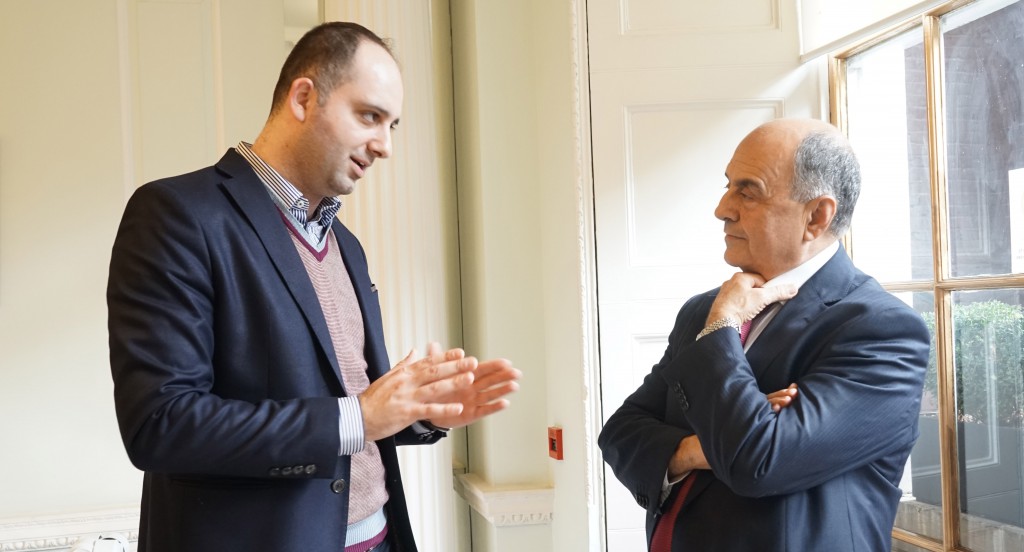 – For the style of work of the Assembly, is there any long-term plans for your work, is there an agenda or that the matter impulsive moment by moment?
Certainly there is a plan we walk on them, but let’s be realistic, too, the work of the Assembly or the mechanism of its action plan originally linked to the work of financial institutions in general. For example, we are honored annually , this honor is linked to what we are doand ing for banks institutions.

– What are the main achievements of the Arab Bankers Association in 2014?
In 2014 we have many successes that have been positive of all those who attended, for example, we made a presentation on the primary care mechanism and the World Gold Council and also for real estate and other things that received praise.

– I interrupt here to point out that Arabisk London magazine had covered one of these events by the Assembly itwas about “ investors” investment visa “Is that a successful and fruitful and important presentation, you can tell us about?
Of course you know that there are many states that require the granting of visa for someone can reside there to be an investor, and the United Kingdom states, so we have to communicate with a group of experts to exhibit or to identify those concerned with this idea in terms of the conditions and advantages offered by England to those people who wish to access to Visa investor, and how does this person prepare and arrange for investment even before coming through visa application because the amount of money alone is not enough to get that visa.

– What is the plan or the work of the Arab Bankers Association of the 2015 schedule?
There are many important issues concerning the financial and banking business, especially in the Middle East, there are many imperative issues that we will be including banks, money orders, correspondence and Gerhha and control of banking and bank transfers to prevent money laundering and terrorism financing. Our role here will study the issue and make a presentation about the legal status or the legal consequences on wire transfers “corresponded bank” and the mistakes of them and how to avoid those mistakes.

– Finally: How do you see Arabisk London Magazine in terms of being the only magazine that covered the economy occasions and Arab business in London?
This magazine is a privileged project, which came at the right time, it is on the right track because there are a lot of Arab economic activities that should be highlighted through the Arab media in London. My advice to Arabisk London is keep focusing on BUSINESS because there are a lot of Arab Economic events that you need to highlight.