'You must spend money to make money' 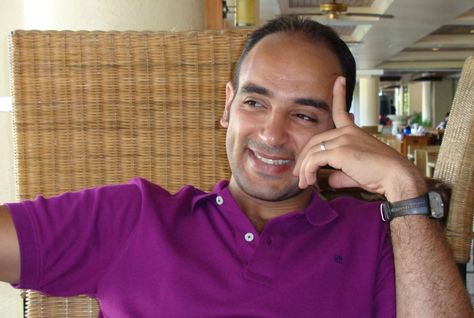 “You must spend money to make money”. Plautus shared this wisdom more than 2,200 years ago, yet despite the development in knowledge relevant to business management, Plautus’ philosophy still holds in all companies, at distinct stages of their business lifecycle. He defined a critical and the most challenging element of success in executing growth strategies in all markets. Through the years, the concept never failed, yet some modes of application proved to fit some companies, markets and industries better than others.

In this article, I’ll present some of the sources of working capital, in current markets, an introduction to private equity, its size in the MENA region and how it can be useful to companies, but detrimental to others.

Generally, there are three sources of fund available to companies to develop their products or services, nurture their expansion into new markets or optimize their operations. The classical and simplest source of capital is the company’s profit that is generated by selling the company’s products and/ or services.

The second source of fund is debt. Companies borrow money from financing institutions (typically banks) at an interest rate for an agreed period of time (typically over one year). They book it in the liability section of their balance sheets. The amount due in less than or equal twelve months are listed as short-term debt, while the balance amount is booked as long-term debt. This is important to understand how well companies are using the borrowed amount to meet their objectives.

The last source of fund is selling a stake of the companies’ ownership and share of its profits. Private equity funds are raised from investors like high net worth individuals, pension funds, university endowments and charitable foundations, also known as ‘Limited Partners’. Investment requirements vary from USD 250 thousand to USD 1 million, due to the firms’ expensive fee structure, which is designed to incentivize the best management consultants, strategists, accounting and legal experts to yield favorable returns in, typically, four to seven years.

How big is Private Equity in the MENA region? According to the ‘MENA Private Equity and Venture Capital’, private equity in 2014 has the highest levels of contribution to the MENA economy, since 2008. The total funds raised in 2014 were USD 1,229 million compared to USD 744 million in 2013 and the total number of known investment volumes in 2014 were 72 compared to 66 in 2013. In 2014, UAE and Saudi Arabia attracted over 75% of MENA investment activity, by value, and the value of investments in Egypt doubled over those seen in 2013. The greatest transactions, by value, includes Fajr Capital, Mumtalakat and Blackstone joining forces to invest in GEMS Education and a consortium including Fajr Capital investing in National Petroleum Services.

How can Private Equity be useful to companies, but detrimental to others? Generally, private equity funding can be useful to two types of companies: the promising enterprise and the fixer-uppers. These types lie at two different phases of their business lifecycle curves. Promising companies are those that completed the ‘start up’ phase and got stuck in the ‘growth’ phase, due to shortage in capital. Fixer-upper companies are those that stayed long enough in the ‘maturity’ phase to start declining, due to business and/ or operational challenges, lack of innovation and shortage in capital to push the company to the next frontier for growth.

Selling equity to raise funds is detrimental to start-ups. Normally, private equity firms’ expensive fee structures eat up at least three to five percent of the funds raised. In addition, starting up companies have, relatively, low valuations, hence they’ll have to sell a large stake of ownership to raise cash, which, practically, means selling the business or retaining a, relatively, small stake of it.

Hence, in the nutshell, unless a company has a strategy, based on a clear vision and clearly knows where it stands on the business lifecycle frontier, it is difficult to decide whether reinvesting profits, raising debt, selling equity or a combination of all best serves the company’s interest.