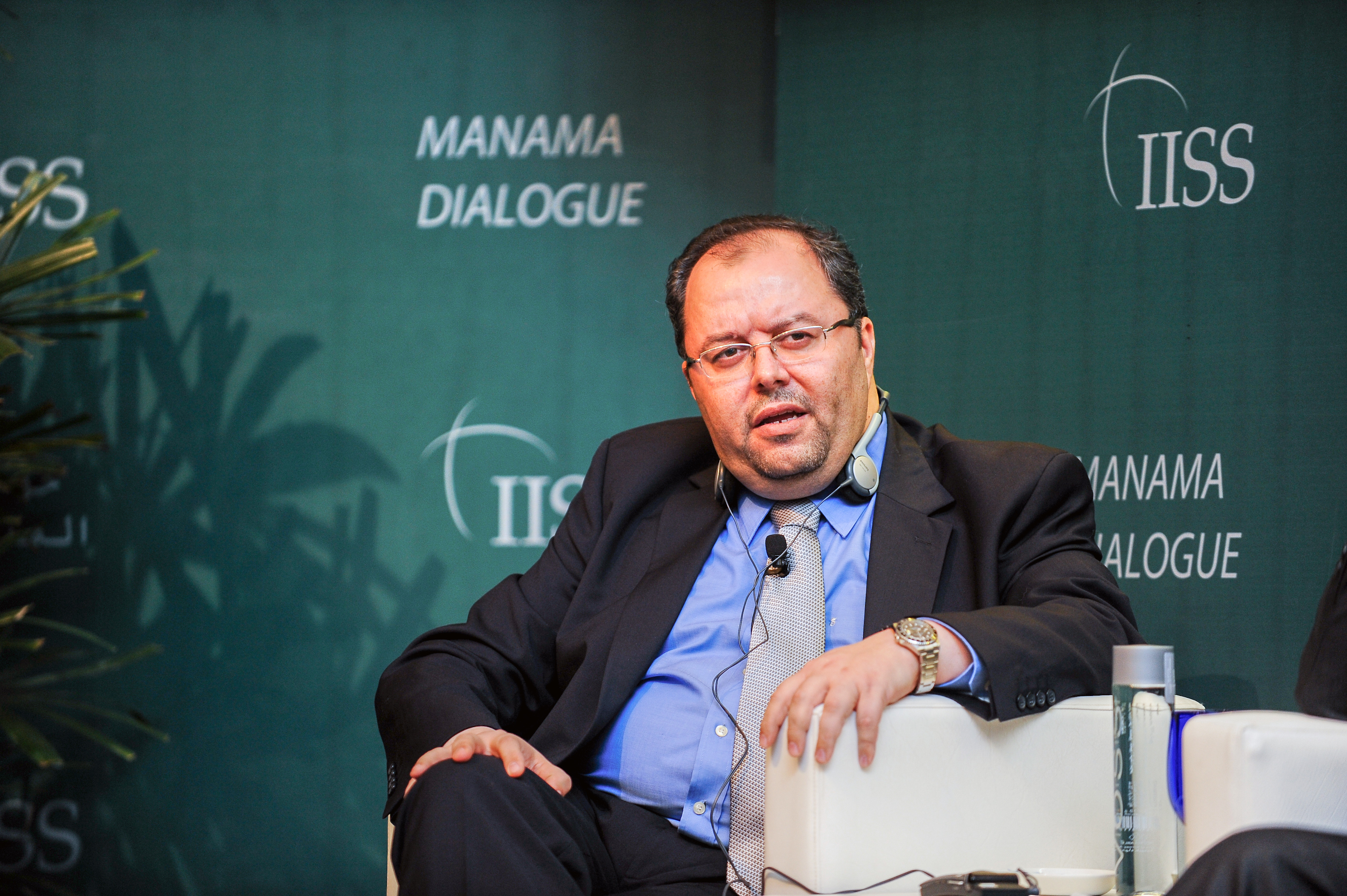 Syrian businessman Mustafa Sabbagh from the coastal city of Lattakia left Syria a young man to begin his successful journey in the trade and investment sector, but patriotism remained planted in himas he grew up in a family attached to the Syrianculture that brought awareness and the love of others.

He returned home through a unique project, especially in this difficult time which his country “Syria”is facing.We in Arabisk wanted to know more about him and his project

We would like to welcome our guest Mr. Mustafato Arabisk London magazine:

-How was the beginning of Mustafa Sabbagh career?
I was born in Lattakia and studied civil engineering in Syria, and then I left early escaping security detention and prosecution by the Assad – the father – regime, and then moved to the field of small investments in a number of Gulf States. People in the beginning of uprising in Syria in 2011, restored hope in the concept of institutional and professional practice in public service institutions, civil society organisations and business sector to contribute to a comprehensive and balanced renaissance.

What are the sectors of your investments, and what are the countries that have you invested in?
I have a number of businesses in the sectors of industry and trade between Europe and the Gulf, bymeand a number of Syrian businessmen. We worked together to financially support the movement in Syria in order to enhance the Syrians’ opportunities to earn a living and not total rely on foreign aid, and toestablish a goodmanagement system and implement professional concept in the liberated areas in Syria.

The Syrian Forum, which was established by a group of Syrian businessmen,great intellectuals and administrators,is almost the only Syrian organisation initiated either by the regime or the opposition, operating professionally.
Can you tell us about Forum and its institutions more? What are your projects inside Syria?
I am aco-founder of the Syrian Forum, which includes 6 independent Syria civil society organisations and focuses on building the capacity and empowering the individual, Syrian civil society organisations and local councils at the social, economic, political and administrative levels. This system includes more than 180 people inside Syria and Turkey. The aim of the team is to work in the community to make a real change for the professional and institutional work and take care of the Syrian disciplines seeking to migrate and provide a platform for the Syrians thinkers and administrators that wish to adopt a the medium- as well as long-term term strategies. Institutional Forum aims to spread the culture of work and planning. I am concerned that these inspired founders of the Forum serve Syria today, tomorrow and the day after tomorrow, which will contribute to the renaissance of Syria and its development that can change the conditions experienced by the Syrians at the moment.

– Can we say that your experience in business can be transmitted to the Forum of Syria?
I have worked with number of Syrian figures in theSyrian forumand I am proud of the team work and development we have achieved to provide the best services. Our work is based on planning and building a progressive team to give opportunities for internal progress and human development. The institutions are all designed to push local councils and enable them to improve their work mechanisms and services. I have put my previous experience with the Board of Directors modest team in the Forum for the advancement of administrative and professional performance of local councils that will bring economic stability in the local level.

What are the achievements of the Forum so far?
More than 13 million people have benefited from the Forum and its team, the value of service and projects have exceeded 30 million US dollars during the past two years. “Syrian Net” also contributed to directing media speech includes all Syrians and focuses on deployment of the Syrian national culture where visit the site every month more than a million and a half visitors from all the world, and also “IMRAN Centre”issued analytical studies and seminars that aim to provide recommendations and scenarios to deal with the challenges facing the Syrians in Syria and in the countries of asylum. As well as “COMPASS” made in 2014 over than 38 training courses for workers in the Syrian institutions, and provided livelihood Foundation since its inception in June 2014 ,and more than 3,000 jobs to the Syrians in the Turkish market. “Lighthouse Foundation” also provided social services and a guide to the Syrians in Turkey, in addition to the “Stars of Tomorrow academy”, which is sponsoring talented athletes Syrians. The Syrian Forum system presented several projects to empower women and children, promoted community dialogue between all Syrian racial and ethnic components, fight against extremism, and raise awareness of families and others.

-Are the Services of Syrian Forum directed to a certain class of Syrians?
the visionthe Syrian Forum is a contemporary vision consistent with Syria’s culture and background of civilisation, and we are working on a national basis without ideological or narrow partisan but as an organisation aimed in a civil society serve all Syrians and provide a national speech that reject extremism and fanaticism of all kinds because it contradicts the values ​​and nature of the Syrians. The work and achievement are capable of lifting Syria and the sophistication of the culture again. The Forum concerns about the meaning of citizenship, freedom, justice and exercise in a practical, not theory, and through the programs and plans within the specialisation of each institution.

– Why did you choose the city of Istanbul, to host the Syrian forum?
We based our core business on the service of syrians inside Syria, and we will seek to expand our presence in the inside in the upcoming period, but more than 12 million Syrians out of their homes and more than 5 million have left Syria to the outside as a result of the war that waged by Assad against the Syrian people in all its components, and Turkey made many services and facilities to the Syriansand Syrian institutions to do their work legally, and we have offices in Mersin and Gaziantep and Urfa to provide services to the Syrians as well as the Istanbul office.

– What is the extent of cooperation with British institutions Forum Syrian?
We have in “IHSSAN”  organisation a cooperation with a number of British and international organisations for projects in food security, water and sanitation as well as our agreements with the United Nations, which recently conducted an assessment of the administrative and financial capacity to Foundation charity and granted “Grade A”  is the only Syrian organisation got this degree. We look forward to a relationship with a number of British NGOs to partner with them and provide services to the Syrians at home and in the country’s migration.

– What are Mustafa Sabbagh’s projects for future business,in  both  personal side and with regard to Syria?
As long as the Syrian crisis continuing and worsening, many of the problems occur daily, there is, for example, Syrian refugees abroad a problem and the increasing number of internally displaced persons, as well as the besieged areas, all sorts of humanitarian problems first place cannot be condoned, and we seek to resolve them through the development of strategies and partnerships and understandings allow us to expand the circle of projects towards economic empowerment, which provides an opportunity for the Syrians in places siege projects or displacement to own their power. We worked on a number of agricultural projects in Idlib, Hama and Eastern Ghoutaand will continue to provide creative projects that meet the needs of the Syrians and promote them economically and socially. The Forum project aims to achieve sustainable development in the light of rational management and the creation of local investment,  equal opportunities for all Syrians, and the economic empowerment of the vulnerable members of the socially.

– Is your engagementwith the Syrian Forum affects your ownbusiness?
Certainly, but we have a team with high efficiency and I pursue my work on a daily communication with them, but this does not mean anything to me as long as I am convinced of what I am doing in the Syrian Forum

Syrian Revolution has ignited hope among all the Syrians in Syria. There is a historic opportunity to rebuild the social contract, build a new political system away from corruption and crime and an anchor on the elements of the Renaissance, development and justice. I am confident that victory for the Syrians is coming.

– What do you say to young people and also the Syrian and Arab who dream to enter the field of entrepreneurship?
Syrian people by nature loves entrepreneurship, small and medium business, and we have young Syriansiconic looking for a platform and framework to achieve his ambition and hopes. Syrian Forum in trying to offer a model alive and active in attracting Syrian competencies and provide opportunities for development, learning , re-starting in the Arab and Syrian market . A radical and positive change in the Syrian professional in the labour market.

– What do you think about Arabisk London Magazine, which is the only Arabic English written magazine published  in the British capital “London”?
Magazine was founded by ambitious young people who have a well established experience in the business. Wish you luck and success.

– A final word:
In light of the absence of catastrophe leadership we should focus on the vision of Forum in institution-building as a nucleus for the establishment of institutional leadership and dedication for collective action. Fact, the ears of the people are tired of the large number of words, and we need to work hard to achieve our goals, God willing.

Ambassador Of Turkey to UK: Bilateral trade between Turkey and the UK exceeded 16 billion dollars