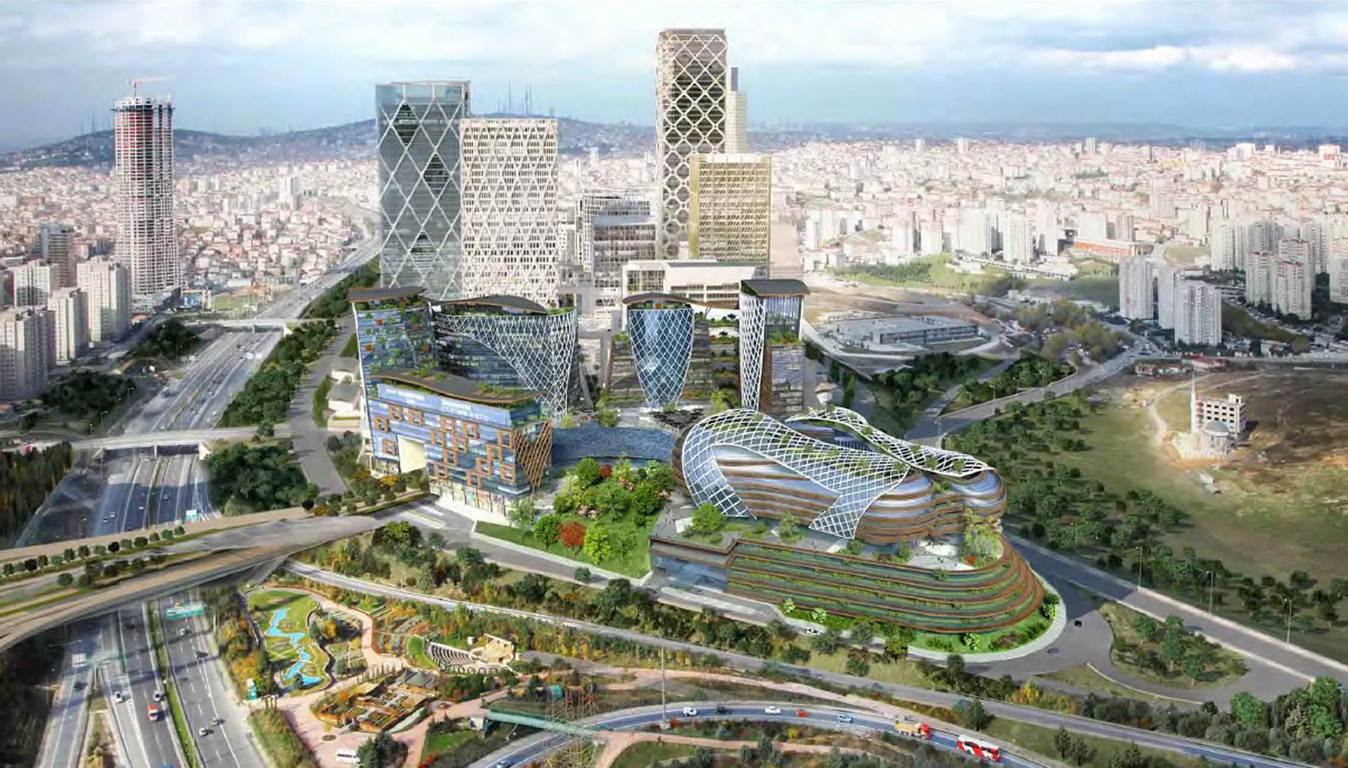 Turkish Prime Minister Ben Ali Yildirim in participation of a group of ministers and businessmen put the foundation stone for Istanbul international financial  centre  in the fifteenth of this month, expressed during his speech at the opening ceremony, all the big hopes that the centre becomes a major hub for transfers liquidity across continents and is a key centre for attracting foreign investment to Turkey.

The concept of the establishment of the centre goes back to ten years ago, but the Turkish government has waited for so long until establishes basic economic props to attract foreign investment, it has been put a motto for the centre “regional centre in the beginning, global in the end.”

Istanbul international financial  centre  located at Otashahyr  in the city of Istanbul, the Turkish government is seeking from which to transform Istanbul into a global finance centre  as  Dubai, London, New York and Tokyo.

In terms of the facilities that the government seeks to provide, Istanbul Greater Municipality announced that it will create two metro lines passing near the cantre, in addition to a highway to facilitate the movement of coming and going to the centre.

In an interview with Anadolu press agency, the Turkish Minister of Finance, “Naji Aghbal” pointed out that the centre will be financed initially from the Turkish Treasury for fifty million pounds, $ 16 million, adding that this amount will fund local, national and global projects in easy conditions to ensure Turkey’s and investor’s interest.

in reviewing to the global financial centres index report, we note that Istanbul won the first place regionally six months ago, but they have fallen from first place to fourth place as a result of the failed coup attempt and  reducing its credit rating by moody’s agency.

Istanbul Stock Exchange has jumped from one seventy rank in 2011 to the forty-fifth place in 2016, and therefore a clear indication of the potential owned by Istanbul to achieve the aspirations of that, but  Turkish government has to put five important elements into account to achieve what it seeks,  increase the IT promotion , provide a suitable environment to enable the global institutions to join the centre, developing of the finance sector by applying international standards, and developing the human capacity such as language, management, and economic knowledge , and maintain its  reputation , and if it met these elements we can predict the possibility of the success of Istanbul as a centre of finance.