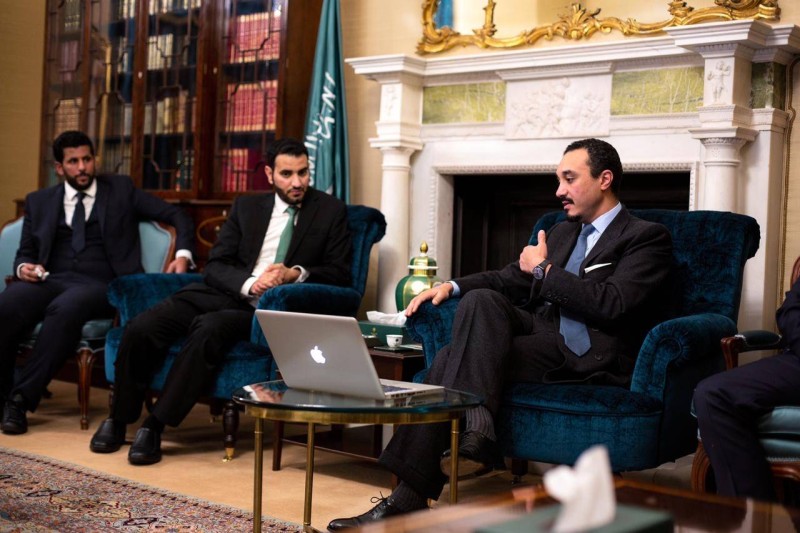 The Ambassador of KSA to Britain, Prince Khalid bin Bandar bin Sultan bin Abdulaziz met members of the Saudi Media Club in Britain at the embassy.

The Media Club delegation was headed by the club’s president, Malik Moaidh, and a number of members of the club. Prince Khalid bin Bandar mentioned during the meeting the important role played by the club in Britain, stressing his support for all media initiatives that would convey the true image of the KSA.

For his part, the President of the Saudi Media Club in Britain, Mr. Malik Moayed, appreciated the support of the Kingdom’s ambassador in London, Prince Khalid bin Bandar bin Sultan bin Abdulaziz for the club and its activities, stressing that the club has always had the support of the Embassy of the Custodian of the Two Holy Mosques and the Cultural Attaché in London, which enabled the club to Provide many informative activities and programs.

It is worth mentioning that the Saudi Media Club in Britain organizes many events and media activities as it includes an elite group of Saudi female media workers and researchers in Britain, and works to highlight the Kingdom’s efforts and introduce Saudi society and refine Saudi media talents.

Related Topics:businessKsaSaudi embassy in London
Up Next