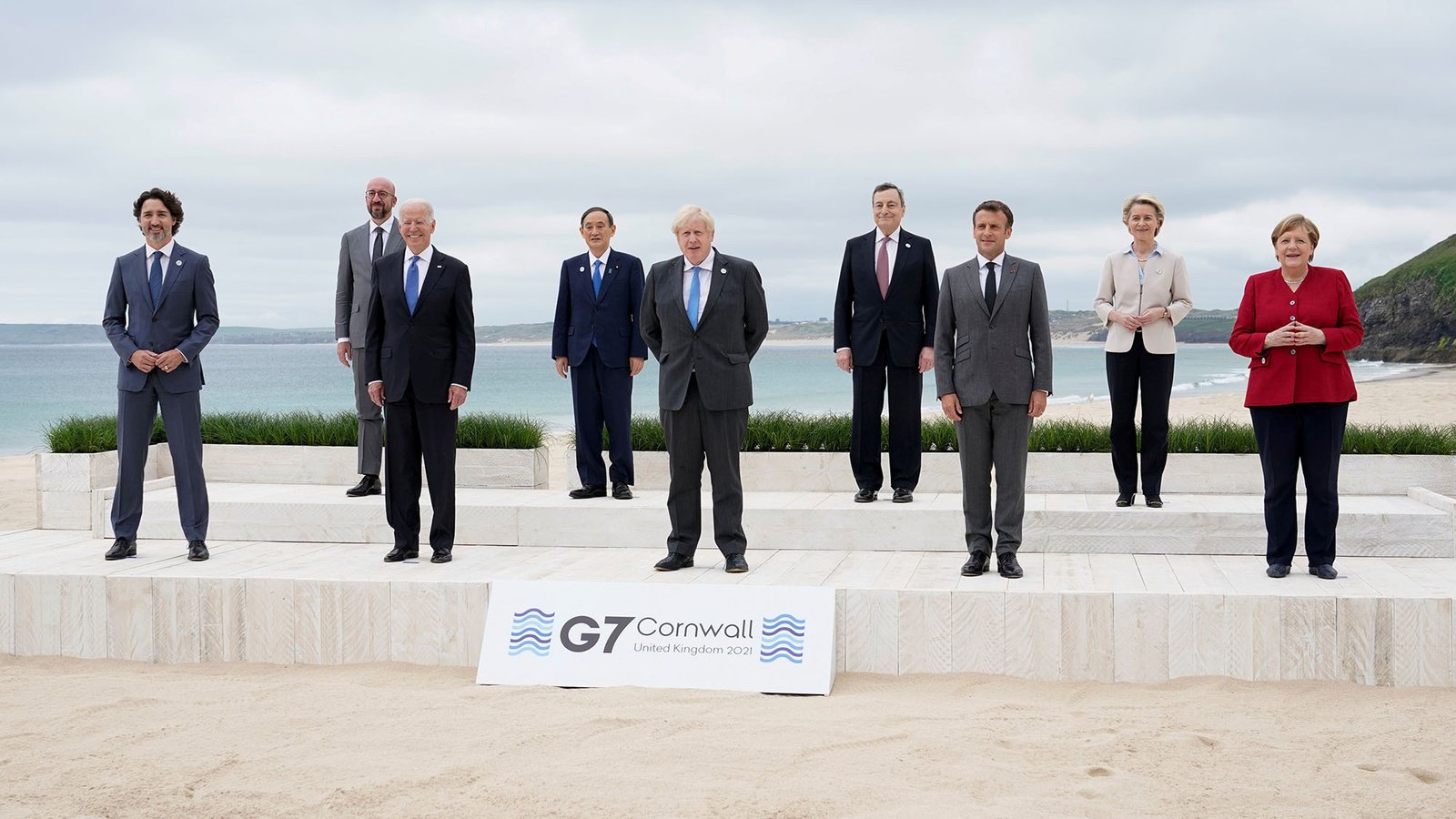 Britain’s economy is on track to outpace every other country in the G7 in 2022 for the second year in a row, according to analysts, with the country set to surge back into life after facing a more severe recession than other wealthy nations during the pandemic.

The country’s rapid booster vaccination programme to help curb the spread of the Omicron variant of coronavirus is a major reason for Britain’s upbeat outlook, with economists at Goldman Sachs expecting growth of 4.8 per cent next year, exceeding the 3.5 per cent expected for the US, 4 per cent for Germany and 4.4 per cent for Italy and France.

The International Monetary Fund is even more optimistic, expecting Britain’s economy to grow 5 per cent in 2022, higher than the 4.9 per cent expected for the global economy overall.

HSBC is also upbeat on UK output, expecting the country’s gross domestic product to rise 4.7 per cent over the next 12 months, while its forecasts for the rest of the G7 range from 4.3 per cent in Italy to 2.2 per cent in Japan.

Martin Beck, chief economic adviser to the EY Item Club, said Britain’s recovery will depend on consumers spending more of their lockdown savings, something that may be scuppered by the emergence of the Omicron variant of coronavirus.

“The recent rise in Covid-19 case numbers will also weigh on near-term activity by forcing more people to self-isolate … this is likely to mean that the level of output falls in the second half of December and with the government undecided on whether to reintroduce restrictions, the outlook for the early part of 2022 remains uncertain,” Mr Beck said.

Government figures showed there were a record 113,628 new Covid-19 cases in England on Christmas Day, with 1,281 new Covid-19 hospital admissions — up 74 per cent week on week and the highest number since February 16.

The government has decided not to go ahead with tougher restrictions in England, despite more stringent curbs being introduced in Wales and Scotland.

Business leaders have welcomed the decision with UKHospitality’s chief executive Kate Nicholls saying the move presents a “lifeline” for the sector in England.

Britain’s economy shrank by a historic 9.8 per cent in 2020, when it felt the full force of the pandemic, becoming the worst-hit economy in the G7.

However, Mr Beck said one reason the UK’s GDP contracted harder than other wealthy nations is because Britain’s statisticians do a more in-depth analysis of public services rather than only focusing on the money spent on them, which could see other nations underestimate the extent of their downturns.

“Measurement of public sector output cast the UK in a bad light during lockdowns, but will be a plus as things get back to normal,” he said.

Pantheon Macroeconomics said one cause of Britain’s faster growth rate in 2022 is because it has more ground to recover after the severity of the 2020 recession, particularly when compared to the eurozone.

Projections of GDP rise as well

The world economy is set to surpass $100 trillion for the first time in 2022, two years earlier than previously forecast, according to the Centre for Economics and Business Research.

The London-based think tank said GDP will be lifted by the continued recovery from the pandemic, although if inflation persists it may be hard for policymakers to avoid tipping their economies back into recession.

“The important issue for the 2020s is how the world economies cope with inflation,” said Douglas McWilliams, the CEBR’s deputy chairman.

“We hope that a relatively modest adjustment to the tiller will bring the non-transitory elements under control. If not, then the world will need to brace itself for a recession in 2023 or 2024.”

In its annual World Economic League Table, the CEBR also expects the UK to record significant growth in 2022, and said it is on track to be 16 per cent larger than France in 2036, despite Brexit.

“The UK is set to be overtaken by India again in 2023, before settling as the world’s sixth largest economy until at least 2036,” the CEBR added.

Managing Director of the BIBF Institute: Activating joint cooperation between the Kingdom of Bahrain and the UK in the field of vocational and academic training