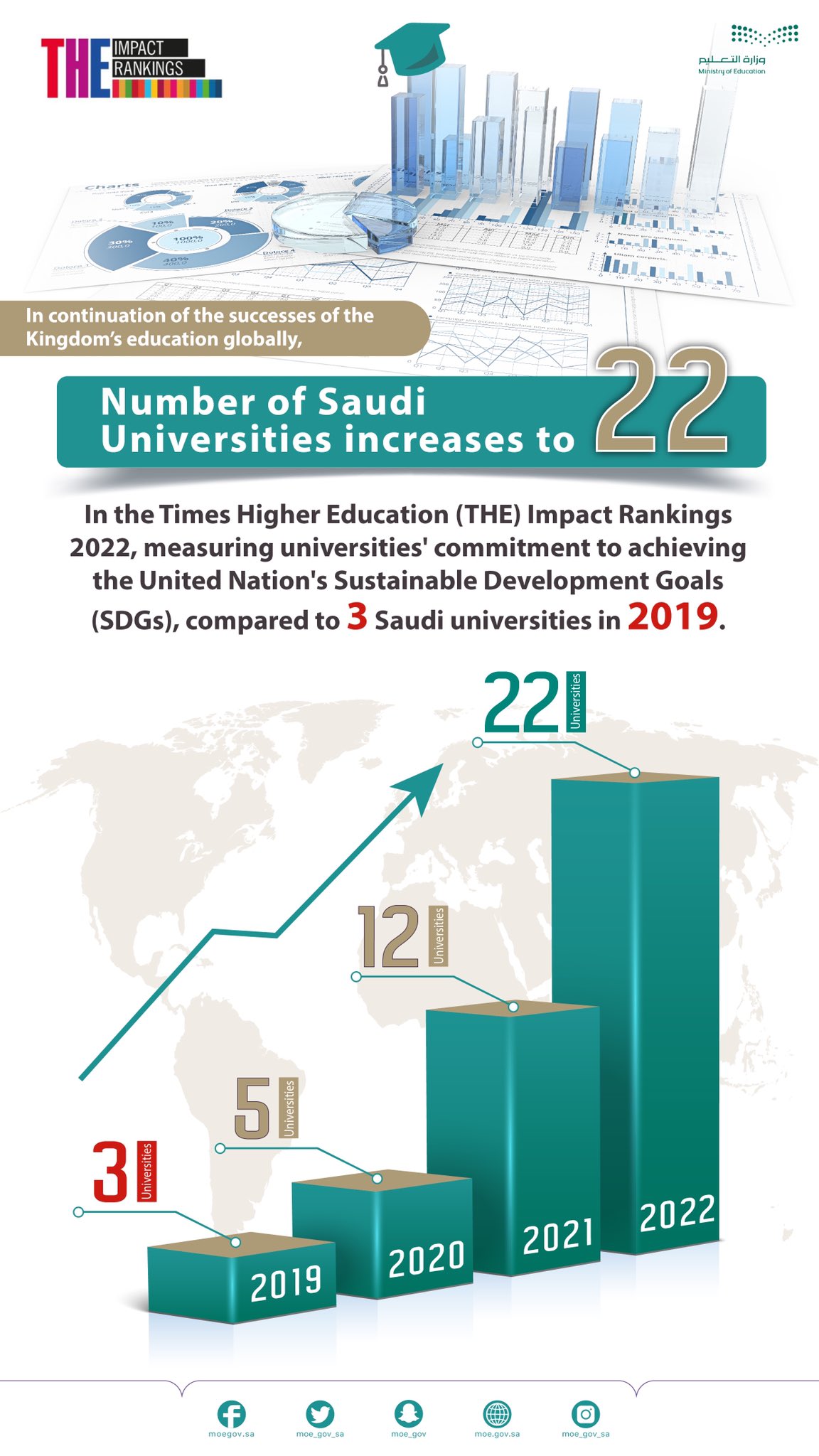 King Abdulaziz University ranked fourth globally in the overall classification of United Nations goals, achieving distinct ranks in most of the 17 goals by achieving second place globally in the quality of education. Prince Muhammad bin Fahd and Princess Noura bint Abdulrahman Universities also came in the classification from 101to 200. The next rank came from 201-300, five Saudi universities, and in the next rank were two universities-301-400, and 12 other Saudi universities were distributed among the next four ranks.

This progress in the British Times rankings of universities comes as a result of the support of the rational leadership – may God support it – and the follow-up of the Ministry of Education to Saudi universities; In an effort to achieve an education system that contributes to the building of generations and the renaissance of the nation, and to be among the best in the world and the Arab world in the fields of education and learning.

This ranking is important for evaluating universities according to the United Nations Sustainable Development Goals and based on carefully calibrated indicators; To provide a comprehensive and balanced comparison across four broad areas, namely research, supervision, awareness and education, and in proportion to the nature of each of the seventeen goals.