Qatar Is Great For Stopovers; Global Icon David Beckham Shows Us How! 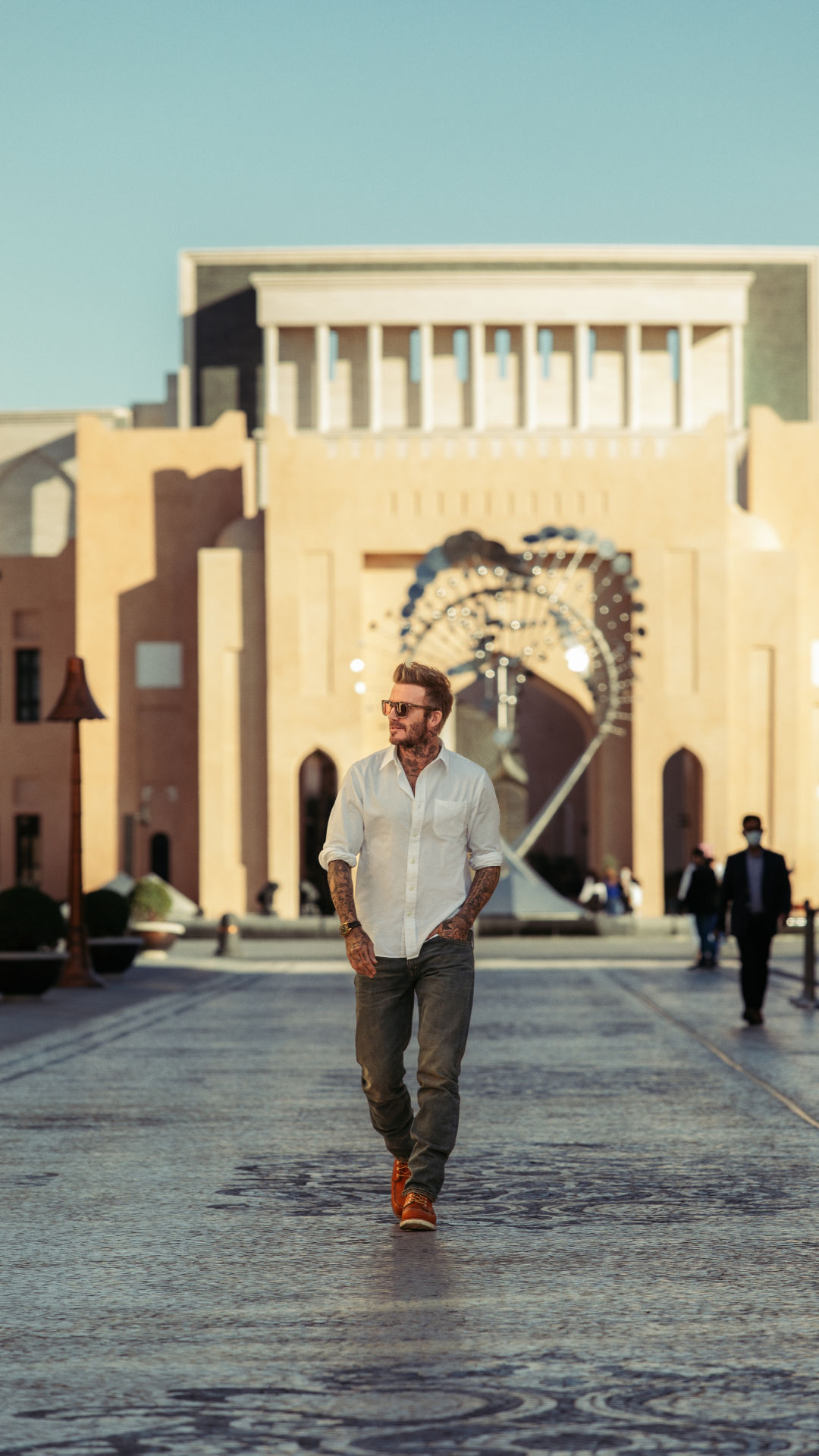 Qatar is great for stopovers. Don’t believe us? Maybe football legend and global icon David Beckham can convince you with his new action-packed adventure with Qatar Tourism.

In a bid to ascertain its position as a fantastic stopover destination for all tourists, Qatar Tourism recently launched a new stopover holiday campaign starring global icon David Beckham. The campaign follows the sportsperson on his action-packed adventure around the country over the course of 48 hours.

In the campaign video, David Beckham discovers the beauty of Qatar: from travelling around Doha on a motorbike, exploring the spice markets of Souq Waqif to camping in the desert and enjoying the nation’s local cuisine.

Watch as David Beckahm unravels the best of Qatar with local personalities. Starting with food, he tours the spice market at Souq Waqif with Chef Noor Al Mazroei of Rosado Café, learns about the cuisines of Qatar, and discovers the nation’s old-world charms. He also meets Mexican chef and television personality, Chef Aquiles Chaves and makes tacos infused with Qatari ingredients.

To learn about the culture and history of Qatar, Beckham visits Saad Ismail Al Jassim, one of Qatar’s last legendary pearl divers, to find out about the country’s historic primary industry—pearling. He also explores the local street art with Abdulaziz Yousef, a Qatari artist; tours around the country’s most iconic museum, the National Museum of Qatar, along with Sheikha Reem Al Thani, Director of Exhibitions at National Museum of Qatar; and explores the Katara Cultural Village with Hamida Issa Al Kuwari, a Qatari filmmaker.

His next stops are jam-packed with adventures: he comes face-to-face with falcons, courtesy of Khalid and Majid, Qatari falcon trainers, at a desert camp near Khor Al Adaid or the Inland Sea; rides around The Pearl-Qatar (a man-made island with shops, hotels and colourful residential neighbourhoods) with Qatari motorcycle champion Saeed Al Sulaiti; and ends by soaking in views of the skylines and sunsets along with Khalid Al Hamadi, dhow and Qatari Marine Exper, aboard a traditional wooden dhow boat.

Chairman of Qatar Tourism and Qatar Airways Group Chief Executive, His Excellency Mr Akbar Al Baker, says: “It has been a pleasure to welcome David to Qatar where he has immersed himself in the culture and experienced the warm hospitality of the people first-hand. I encourage the millions who transit through Qatar every year to follow David’s footsteps and create their own exciting adventure and memories. We have something for everyone at incredible value—whether it’s sun-sea-sand, rich heritage, culture, surprising nature, or a modern and fun city break.”

David Beckham agrees. He, too, says Qatar is a great place for a stopover and praises the country for its intriguing cultural, modern, and adventurous experiences. “Qatar has surprised me with a wide range of great experiences you can have in just 48 hours,” he adds. “The people are warm and welcoming. They are really passionate about their culture and the mix of modern and traditional  creates something really special. It is a great place to spend a few days,” he concludes.

More than 80 percent of the world’s population live within a six-hour flight from Qatar, making it an excellent destination to transform any stopover into a mini break. Qatar Airways‘ best-value stopover packages, launched along with this new campaign, make this possible.

The stopover packages start at GBP 12 (INR 1,120) per person, per night for a four-star hotel. For a five-star hotel, the packages are priced at GBP 17 (approximately INR 1,590). To avail the package, make reservations, and try following David Beckham’s footsteps around Qatar, click here

Related Topics:arabiskFIFA World Cup in Qatar in 2022qatar
Up Next