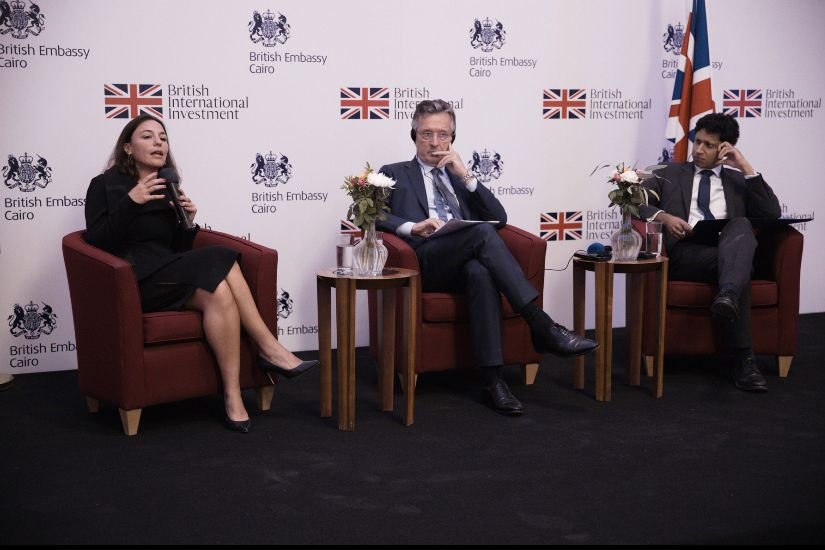 The DFI, which was formerly known as CDC Group, also reaffirmed its commitment to strengthen its partnership with Egypt and increase climate finance to support the country’s green growth.

The reception which took place at the British Embassy in Garden City, Cairo, was hosted by the Deputy British Ambassador, Qudsi Rasheed and BII CEO Nick O’Donohoe and attended by investment partners and key leaders in business across the country.

British Ambassador to Egypt, Gareth Bayley, said: “We have a new name for an established partner – British International Investment’s presence and impact in Egypt has never been more apparent.  Egypt is one of BII’s priority markets, given the growth potential this country has to offer. BII’s investment deals, whether in financial services, health or clean energy, illustrate the strength of the UK-Egypt trade and green partnership. I wish the UK’s development finance institution every success, as it supports Egypt’s green transformation ahead of COP27 in November.”

As part of BII’s ambition to bolster Egyptian VC, the DFI announced new commitments to Algebra Ventures and Endure Capital, two leading local VC firms that support and partner with the most promising early-stage businesses to build transformative companies across sectors such as fintech, agritech, edtech, logistics and healthcare. The capital will support Algebra Ventures’ second fund following the success of Fund I, which included market-leading companies such as Khazna, Mozare3 and Shift EV. BII also anchors Endure Capital’s most recent fund Endure21, which has backed high-impact companies such as Brimore, Pylon and Cassbana.

The DFI has also invested in MaxAB, a prominent B2B e-commerce platform in North Africa. The funding will support the creation of 4,000 jobs and facilitate MaxAB’s expansion across Egypt and Morocco, enabling the company to reach an additional 73,000 micro-retailers across the region. In addition, the investment will help address supply-chain inefficiencies by implementing financial solutions that increase access to finance and facilitate payments for small-scale and low-income retailers.

Additionally, this week in Cairo, BII will host the ‘Innovation for Impact’ summit – the first major event dedicated to VC in emerging markets. The summit, which will bring together local VC managers from across Africa and Asia, aims to help foster new relationships and greater collaboration across markets; explore important themes such as climate tech and food security; facilitate knowledge sharing across BII’s portfolio; and share best practice on ESG and impact measurement.

platform focusing on the manufacturing, marketing and broadening of life-saving drugs across the continent including Egypt. BII’s commitment to Kelix bio supported the acquisition of several companies including Egypt’s ADWIA Pharmaceuticals.

Providing a $100 million Tier 2 10-year financing facility to  Commercial International Bank (CIB), to enable the bank in lending to exporting sectors and strengthen Egypt’s economy during the critical COVID-19 period.

Backing Egypt’s VC industry by anchoring Sawari Ventures Fund I with a $12 million investment in 2018, which has gone on to support disruptive companies such as SWVL, MoneyFellows and Si-Ware. BII also made its first direct VC investment in the country in 2022 in form of a $5 million commitment to Paymob’s Series B round. Paymob works with businesses and merchants of all sizes to enable them to accept digital payments online and in-store.

Related Topics:arabiskBritish International Investment
Up Next

The Kingdom’s Vision 2030; This is How Mohammed Bin Salman Made his Country a Superpower