Wealthy Middle Eastern tourists are escaping from London to Manchester 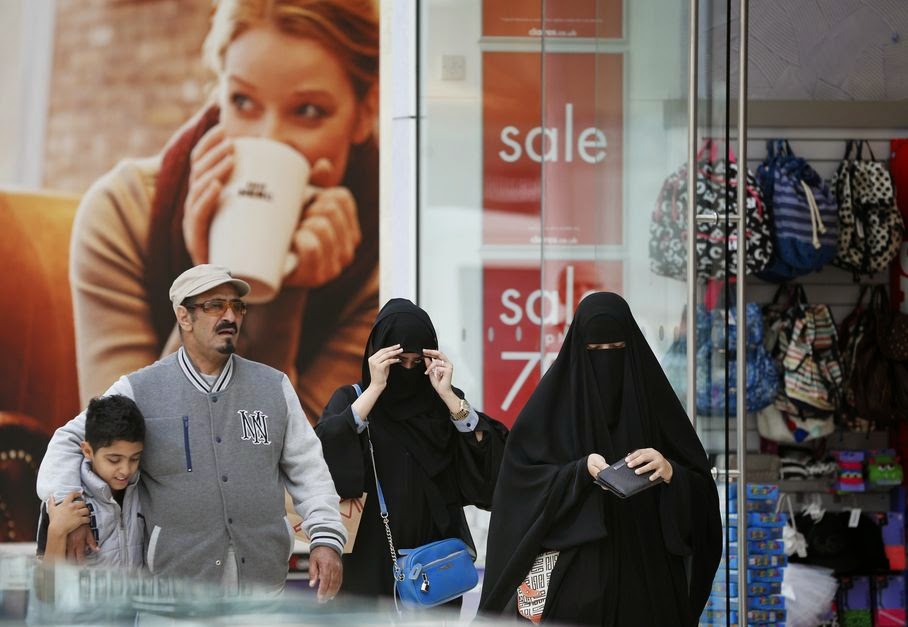 Manchester has emerged as a surprise destination for wealthy tourists from the Middle East as they flock to the north-west for its designer shops and cooler weather.

Arab visitors to the UK have traditionally travelled to London during the hot summer months, but there is a growing trend of Middle Eastern visitors flying to Manchester instead.

The number of passengers who flew to Manchester Airport from Saudi Arabia and Kuwait has more than doubled since 2010.

Many see London as a busier and more expensive option than Manchester, while it is more convenient to shop outside of the capital because the major stores in Manchester are closer together and do not require a taxi journey to travel between them.

“We came here because there is not a lot of traffic,” Jazy al-Azme, an 18-year-old business student from Kuwait, told the Times. “It’s easier to shop here – too many people in London. It’s too expensive. Here it is very easy. Here you can walk.”

Lyndon Barrett-Scott, the general manager of 4-star King Street Townhouse hotel, said Manchester is much less of a “hassle” than London.

“In London, if they stay at The Dorchester, they have to get a cab from Harvey Nichols to Harrods to Selfridges – it’s a big hassle,” he said. “But in Manchester they can walk from those shops within a couple of minutes.”

He added that a family had paid £180 for an extra room in the hotel to hold their shopping.

“I think it’s the first time it’s been like this,” he said. “But as UAE guests come across, they are starting to base themselves in Manchester rather than London and doing Edinburgh and Manchester and then flying home and missing out on London.

“That’s what guests are telling me. It’s either too busy or becoming too expensive for them.”

Sheona Southern, the managing director of Marketing Manchester, said the city can combine with London to provide visitors from the UAE with the “complete English experience”.

“This influx of visitors we are seeing from the UAE is very exciting for Manchester’s tourism industry, representing the city’s growing profile as an inviting destination with access to globally recognised brands and culture.

“Moving forward it’s our intention to work proactively with London and VisitBritain in this key market to promote the cities’ complementary features.

“Together, we feel London and Manchester can form an unrivalled offer, providing the UAE visitor with the complete English experience.”

Manchester was the third most visited city in the UK by overseas tourists in 2015, according to research conducted by holiday website Hotel.com earlier this year.

And recent figures showed that tourists from the UAE, Kuwait and Qatar are among the biggest spenders when they visit the country.

The shopping boom meant that tax-free spending by shoppers from Qatar rose by 35 per cent from February 2015 to February 2016, although there was a drop in spending by those from Saudi Arabia, according to tourism shopping tax refund company.

It comes as the city continues to build links with China. It was announced last year that there would be a route to Beijing, while Marketing Manchester also produced a shopping guide to the city in Mandarin, which is distributed in China and in the city centre.

Manchester City, the source of heavy investment from its Abu Dhabi-based owners, also announced in January that it would become the first Premier League club to host stadium tours in Mandarin.