A New Wave of Female Entrepreneurship in Saudi's 2030 Vision 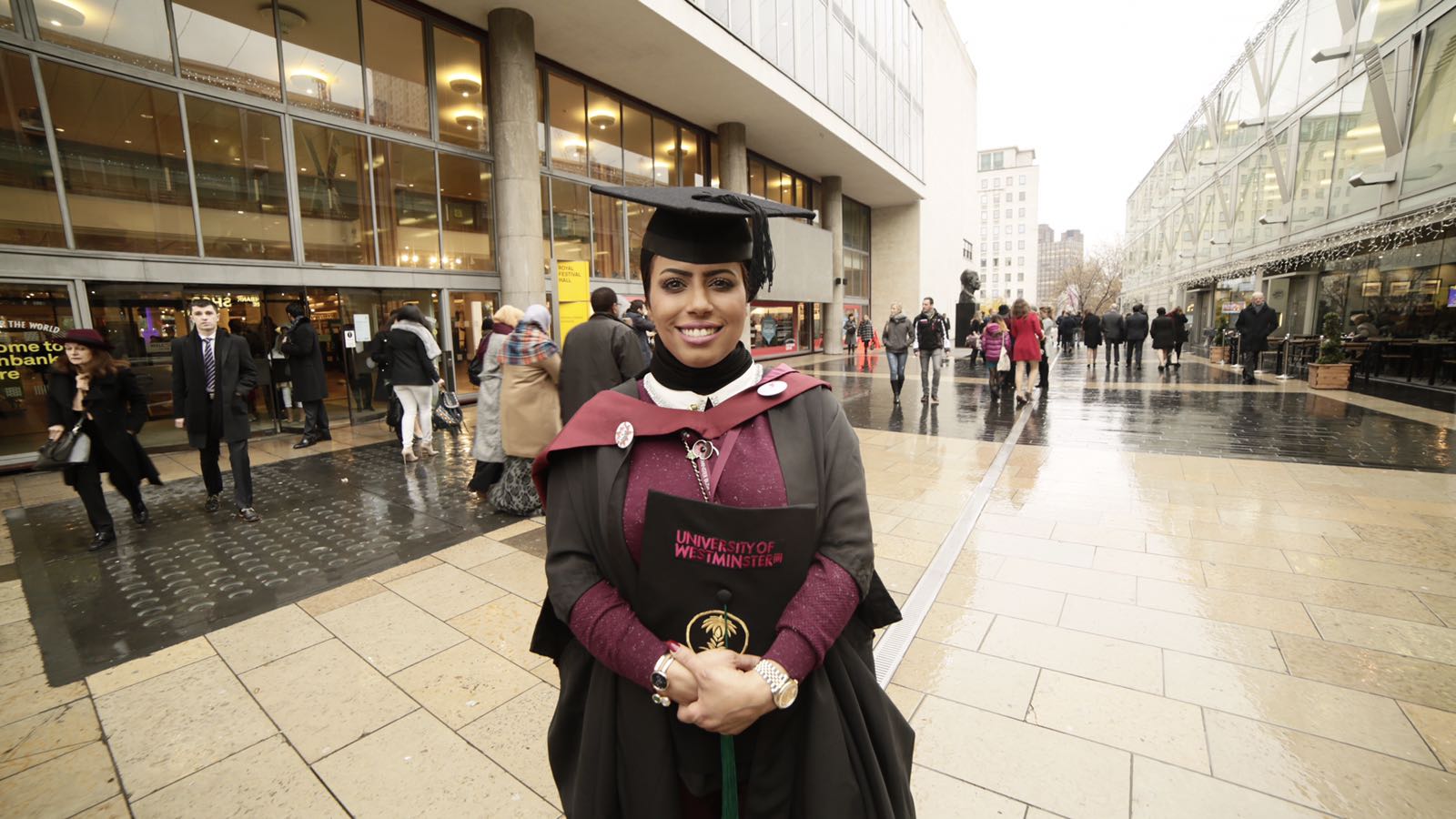 On 21st November 2016, Rihana Alhaddad became a proud Saudi graduate with distinction of the International Business and Management program of London’s University of Westminster, one of the oldest educational institutions in Britain, following her first business degree from University of Middlesex, also in London. It has been her great privilege to have worked with both of these Universities and they have honoured her with offers of PhD programmes in Business Research and International Business respectively.

Arabisk London Magazine met Raihana and she said :
I am grateful to ARABISK magazine for giving me this opportunity to express my gratitude to these universities for allowing me to persevere and be their diligent student over the last five years and for the happy memories I will always treasure: volunteering at the Women of the World festival and other conferences and festivals, being a study guide for other international students and many others. I would also like to thank my father who has encouraged and followed me on every step of my journey from Al-Hasa to London. Thank you also to King Abdullah, the Custodian of the Two Holy Mosques, who started the scholarship which allowed me to come here and take part in deepening the relationship between Saudi Arabia and the rest of the world.