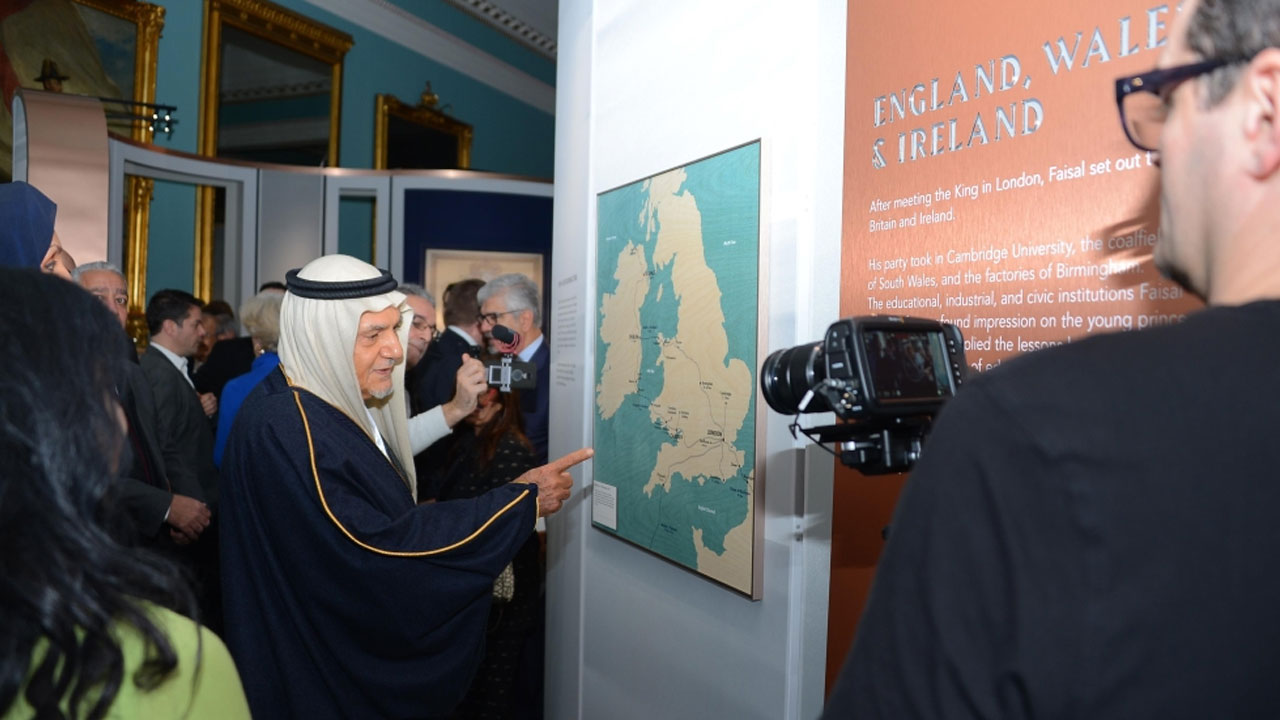 Prince Turki Al-Faisal, the chairman of the King Faisal Center for Research and Islamic Studies, inaugurated on Friday an exhibition detailing the life of the late Saudi King Faisal. Held at the plush Institute of Directors building on Pall Mall — right at the heart of London — the event was organized on the 100th anniversary of King Faisal’s visit to Europe, and his presence at the signing of the Treaty of Versailles in his capacity as a Saudi prince. 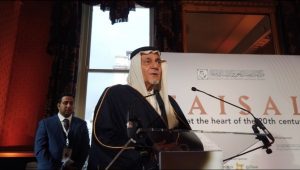 The opening was attended by a number of ministers and diplomats from the Kingdom of Saudi Arabia, England, friendly countries of both countries, and a group of academics and researchers.

Prince Turki Al-Faisal valued the historical, political, diplomatic, cultural and economic friendship between the Saudi and English governments and peoples, and he promised to hold (Al-Faisal) exhibition in London for a period of three weeks on his European tour, in appreciation of the good relations between the two countries.

Prince Turki said, this historic visit 100 years ago to King Faisal achieved great success and was the first diplomatic tour by a statesman; and good preparation for future mutual visits between him and European leaders. 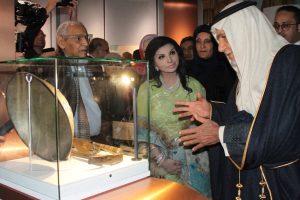 “”The lessons that King Faisal learned during his visit were highly important, especially with regards to education and industry, which he later applied in his vision to modernize the Kingdom, which made him one of the most prominent political figures of the century. He has led the kingdom in a difficult historical period, and his vision continues to inspire efforts to develop the country to this day”, Prince Turki said.

Prince Turki added that the exhibition was organized to deliver a message about King Faisal’s legacy, and to promote his journey, ideas and personality to Europe and the whole world as it will reflect the King’s major role in the foundation of the nation’s unity and development in various fields.

This exhibition is one of many to be held in Europe to introduce the world to King Faisal, his personality, history and biography as one of the most prominent world leaders; as that first experience in international affairs represented a source of inspiration for the young prince, which contributed to stimulating his enthusiasm after his return to his country, to his father’s participation in building his homeland politically, militarily and socially, until he became king of the Kingdom of Saudi Arabia in 1964. 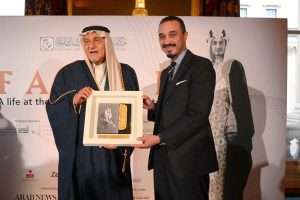 The exhibition features seven sections: “Najed” showcases the king’s early life, while “India” tells the story of the visit that constituted his first contact with the outside world. “London” documents his visit to the city that was his first stop during his 1919 visit, while “England, Wales and Ireland,” traces his subsequent tour of Britain and Ireland.

“On the battlefields” highlight King Faisal’s visit to the killing fields of Europe just a year after the end of World War I. “Paris” tells the story of his visit to the French capital, while “Heritage” explores the positive results and legacy of his historic trip. 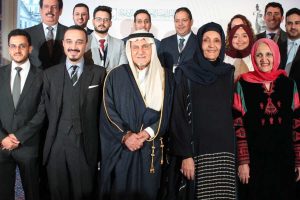