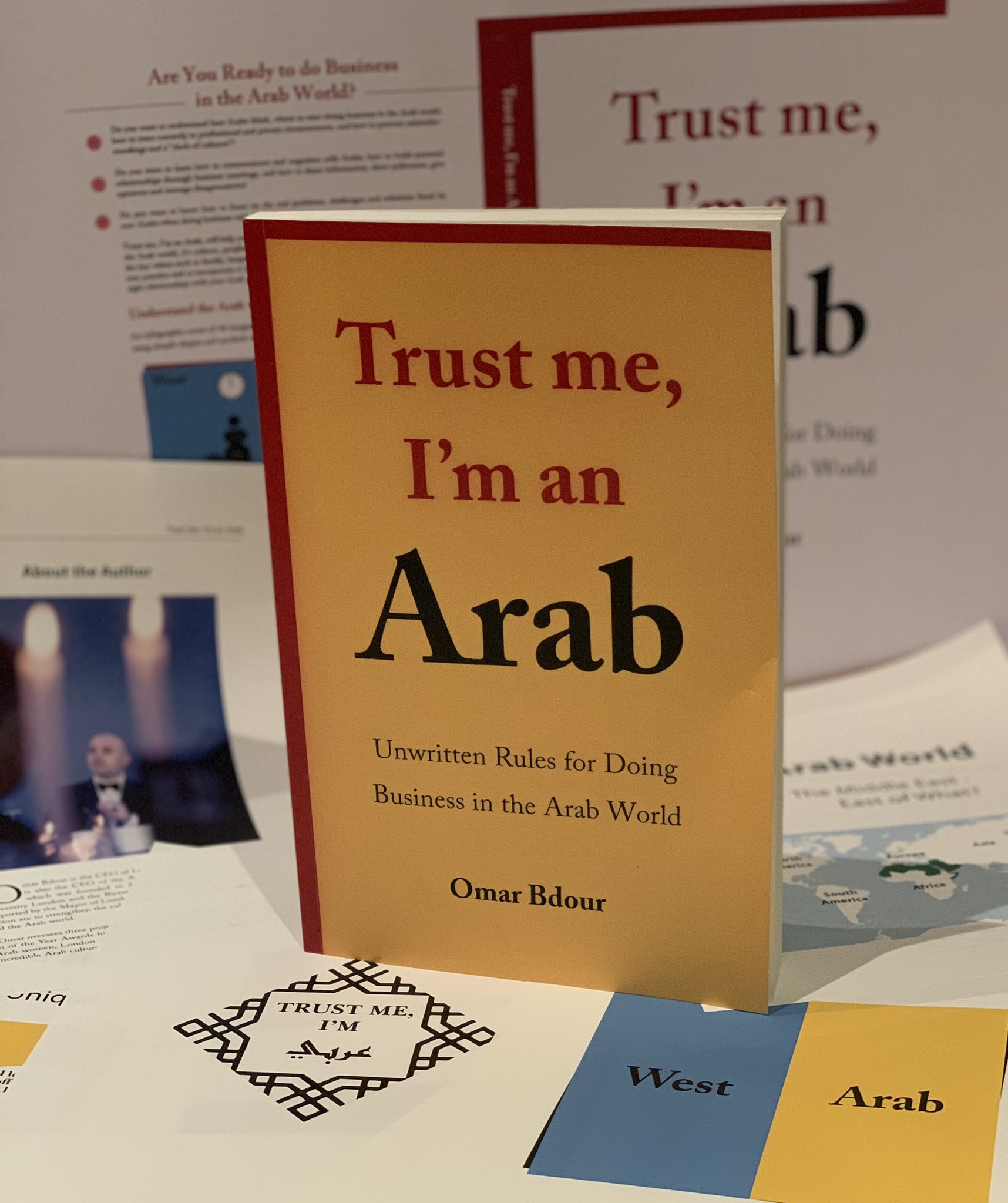 The book “Trust Me, I’m an Arab” has recently been published, in English, by Omar Badour.

The book which he reviews its practical experience of those in the West to build business and trade partnerships with the Arab world.

He trying to provide a lot of instructions and advice to Western businessmen and companies, which Al – Badur regards as “unwritten rules” for doing business in the Arab world.

Albadour offers guidance and advice in a smooth and simple manner as an Arab living in the West with a vision of two different cultures, dealing with Arabs and Westerners.

His accumulated experience in producing this book came through his chairmanship of the “London Arab Foundation, which has presented and continues to deliver numerous events and achievements, such as the “Arab Women’s Annual Award” in London, in partnership with British institutions, government organizations, civil society organizations, and universities.

In addition to the publication of “The London Arab Newspaper,” which deals with topics of interest to the Arab community in the United Kingdom, AL – Badour is the editor – in – chief, as well as the annual “Arab Art and Fashion Week” in London. All of them focus on the development of cultural relations between the countries of the Arab world and the United Kingdom, and the strengthening of friendship between the British people and the Arab peoples.

Buddur’s style of writing is sequential, simple, and straightforward, and he turns us to ” criticism in a sharp way ” that makes the reader feel like he’s dealing with a friend who has information and experience in this area, and attracts him to continue reading.

The book is consisting of 193 pages of medium pieces. It contains an introduction and 14 chapters and endings. The introduction was written by Sir Hugh Robertson, former Secretary of State for the Middle East and North Africa at the British Foreign Office, Sir Hugh described Albadour as “enjoying the advantage of overlapping the two cultures and spending 15 years trying to help the West and the Arab world work better together.”

Badur points out that some of his comments in the book may not like a number of people in the Arab world or in the West, but he emphasizes his respect for the Western and Arab cultures, although his tone sometimes seems to be critical of both Arabs and Westerners. He explains that he learned a lot from Western culture, and that Arab culture is an integral part of him and his personality, but through this book, he tries to bridge a content gap between Westerners and Arabs.

Top three things to do at Topgolf this month