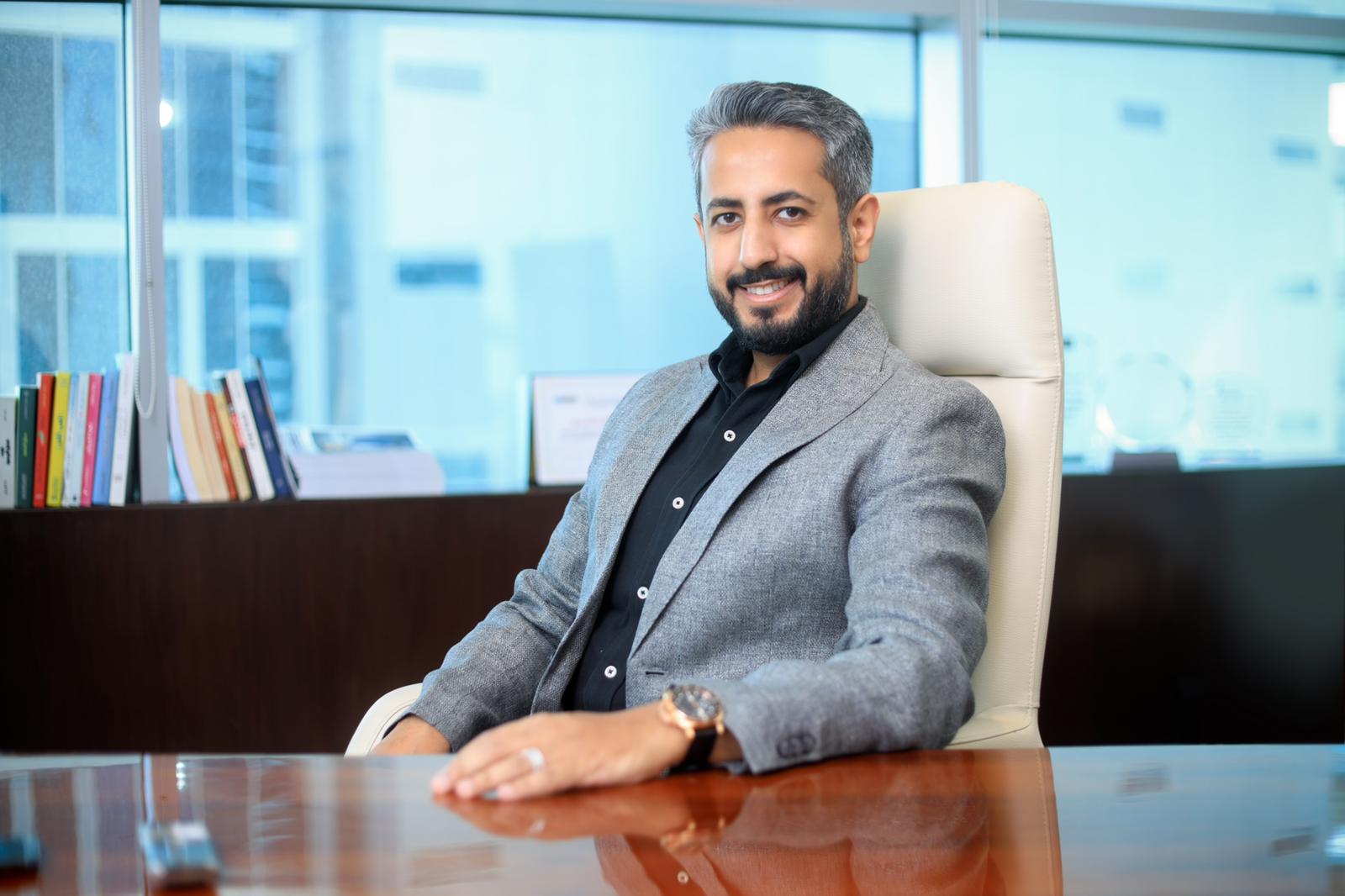 Talal Al Ajmi has been a strong leading business figure in the Middle East during recent years. He has proven to be innovative and revolutionary with his mindset and work ethics.

Talal has been prominent in the mainstream media for many years. 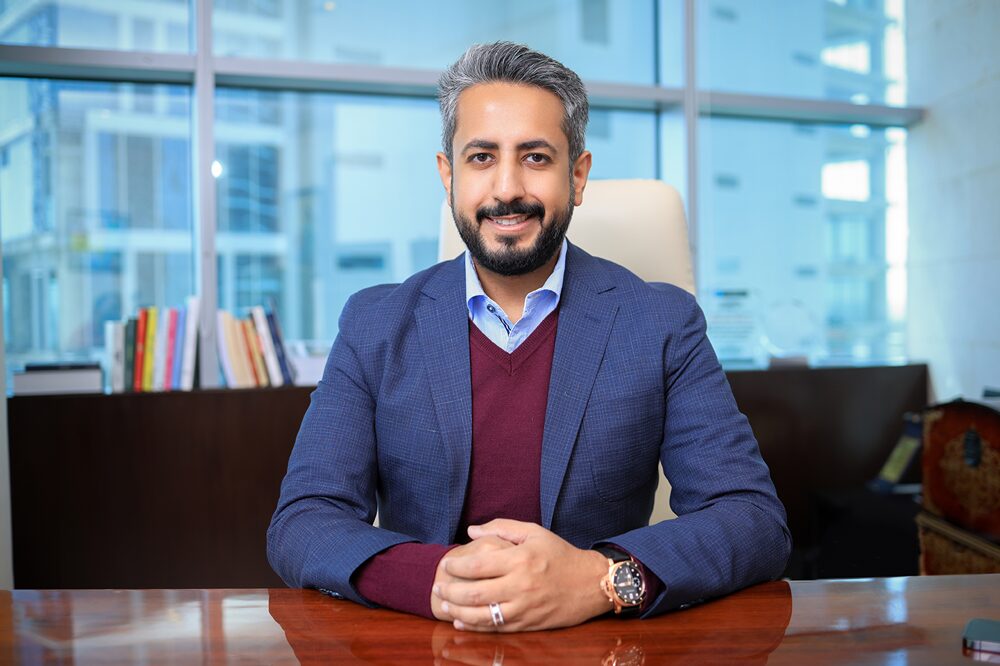 Who is Talal Al Ajmi ? How did you become an inspiration and a role model for the youth?

He is an ambitious young man who is the founder and manager of VI Markets groups, which specializes in global broking. I wish I can be an inspiration and a role model for the youth as I believe that hard work pays off and everyone who puts in the effort can reach their goals.

Tell us about your studies, was your academic life an inspiration to work and succeed?

I studied IT at the University of Philadelphia. Studying itself was not the key element that affected me, but meeting my colleagues and friends is what assisted my entry and reach in the stock market field.

How did you start your work in the stock market? And why this field specifically?

I started by mere chance when I was a freshman at college, I saw an advertisement about stockbroking and it got my attention. I had an interest in trade and I had my attempts before college, so I felt that this field suits my personality.

At the start of your work, working at the stock market was considered uncommon, what are the fears that you had to overcome?

Of course, Stock Trading field was untraditional back in 2010 when I established Version International Markets. Back then Stock Trading was both difficult and risky. The reputation of the field was bad and dangerous. Therefore, it was hard to enter this field and prove ourselves as a competitive yet reliable company. My main goal at the beginning was to clarify wrong assumptions among people, spread awareness and encourage people to learn as much as possible. Then Finally, lead people to the correct way.
As for my fears, my parents refused this job because they considered it a risky field to work in, they wanted me to find a regular job like any Kuwaiti young man.

You dared to get involved in this field although you lacked experience, what are the elements that helped you make the decision and work in this field?

I wouldn’t call it a “lack of experience”, my beginning in this field was at a young age as a freshman, and I continued it after graduation. I worked a part time job while studying at the university, after university I worked in multiple financial institutions and gained experience.

This period lasted for about four years, then I established the current company, Version International Markets. My start with trading was from scratch and I can say that my experience did not come overnight.

I think that one of the most important factors that helped me in my success and continuity are the people close to me, the team that supported me in the others companies, this was the source of inspiration for me to continue.

My biggest source of support is my older brother, he is not just a brother but a support that encourages and enhances my confidence in my journey to success.

Are you satisfied with what your company has accomplished so far?

If you asked me this question 11 years ago, my response would be different. I didn›t expect this success, nor did I think VI markets will be where it is now. My ambition is limitless and every day is a new challenge and a new opportunity to set endless new goals.

What do you think are the most important elements for success in the stock market?

I believe that the key element in this field is management. Just like any other project. Financial and capital management is the most important part to focus on.

Your unique personality in the orient society and your support for women have led to the establishment of the “Jasmin” initiative, tell us more about it?

We did not have a focus on female staff in our launch in 2010, and I believe most companies did not have specific programs just for women.

Especially here in the Gulf, the presence of women, although large, is isolated from men and not integrated with the male population. In Kuwait it is a bit more open, but still shy and reserved.

I would notice in our weekly lectures at the office that women are careful and shy away from asking questions or going into details.

From all of that, we had the idea of creating a program specifically for women, in which presenters, workers, and target audience are all women.

The program is not focused solely on broking because we realize that many women who enter this field usually get involved in loans or banks straight away without considering any foundation.

Of course, things are gradually changing now but I figured they would need a bit of awareness in that regard.
That’s where the Jasmin initiative came from. Its primary focus is on financial management and broking.
What are the achievements you’ve accomplished to date regarding women›s support? And what are your future plans to support women?

One of the most prominent achievements is that we’ve trained around 20 thousand women in over 10 Arab countries, which was one of our goals.

Another one is the number of daily lectures given in universities in more than one country, such as Kuwait and Egypt. I believe we have spread awareness to many women who want to join the field.

Our focus on women is to increase their confidence that women are capable of succeeding in all fields, which is true because we have seen actual examples of it in multiple countries, where the No.1 broker is a woman, such as Linda from Australia who reached high numbers and is an inspiration for women around the world. In my opinion, this was a great motive to start this initiative because Arab women deserve it and many of them are already successful.

In your opinion, what makes a successful businessman? And how can the youth start in this path?

I don’t think there is anything specific that makes a businessman, but a compilation of hard work, persistence, and learning. Beginnings are always hard, but youth must have the tenacity and not give up on the first obstacle they face. perseverance and ambition should always be a goal.

A piece of advice for the ambitious youth is hungry for work and success?

Many people think that success is linked to ideas, but I believe that the idea is only 10% of success, while 90% of it is the fruit of hard work. We must plant this idea in the minds of the young.