Ms. Lyn Jehani .. one of the voices that fights for stammering's treatment 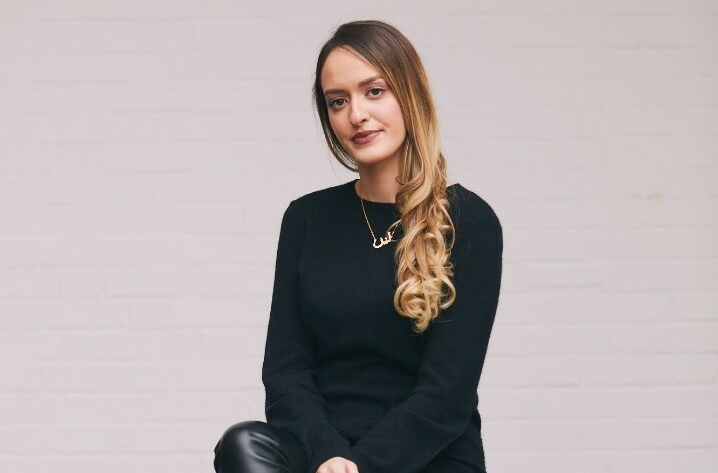 1. Ms. Lyn Jehani, you are the British STAMMA Association Representative. Tell us more about the association and its origin.

It’s important to know that stammering and stuttering are the same thing. STAMMA, as it is known today, was originally established in 1978 under the name  Association for Stammerers by Sparrow Harrison, a stammerer, and Peggy Dalton, a speech and language therapist. In 1995, the organisation became the British Stammering Association (BSA), before going through a complete rebranding to modernise its image in 2018, including taking on the trading name of STAMMA. Many charities use the word ‘British’ in their name, and as such we wanted to move away from this trend and reach out to a larger target audience, which included younger generations and stammerers globally. We are a charity, so our funding all comes from grants, donations and individual fund-raising. Our mission is to lead a movement to change how the world views stammering, while supporting and empowering people who stammer.

2. The association recently launched the Not Just One Day campaign. Please elaborate on this campaign.

Each year, the 22nd of October is International Stammering/Stuttering Awareness Day. In recent years, we’ve launched a new campaign every October to raise awareness of stammering and to progress our goal to make a more inclusive world for people who stammer. This year’s campaign was called #NoDiversityWithoutDisfluency, calling for broadcast media to include stammering voices in TV, film and on the radio. And not just when people who stammer are talking about stammering. We want people who stammer to be seen and heard within dramas, soaps, thrillers, political discussions, radio phone-ins and storytelling. About 8% of children stammer for at least a while, and 1% or more of adults stammer, but you wouldn’t know that based on how rarely stammered voices are currently heard in the media. We want to normalise stammering on TV, in films and in the radio so that people who don’t stammer are more used to hearing stammered voices and know how to respond (just listen and wait) and people who do stammer see themselves reflected in the media around them and know that their challenges with speaking aren’t unusual. As a part of this campaign, we created a petition on change.org  as well as a video called ‘Not Just One Day,’  explaining the idea that stammering should not be seen and heard every day, not just on International Stammering Awareness Day. 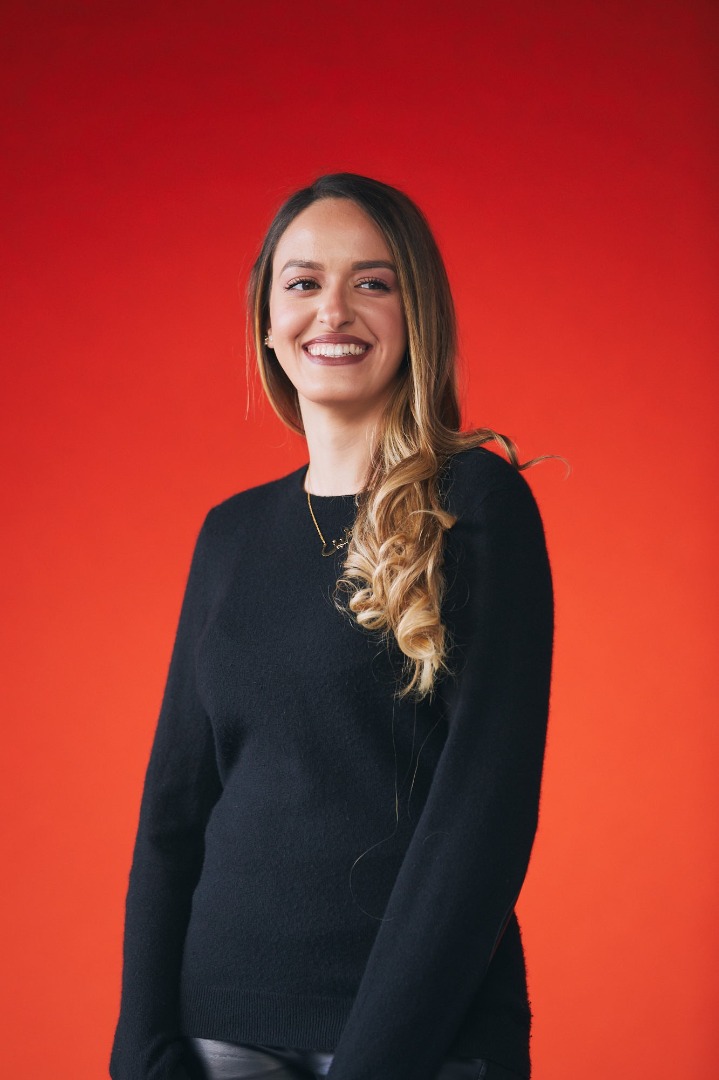 3. How do you encourage people with stammering to communicate with you?

As an organisation, we have a  helpline, webchat and email support service  for people who stammer and their networks, such as employers, teachers and parents. By having these different methods of getting in touch, people can choose the option that feels most comfortable for them. On a personal level, the most important thing when communicating with someone who stammers is to listen and give them the time to speak. Stammering is the way some of us talk. This is our voice. It’s not good or bad, it’s just different. Stammering does not mean that we are nervous or unsure of what we want to say. All it means is that it sometimes takes us longer to say what we want to say. If you don’t stammer, all you need to do is wait and listen.

4. What activities and events do you do to educate the community about this problem?

Firstly, I would like to address the use of the word ‘problem.’ I believe that language is such a powerful tool that can impact people greatly. Having a stammer should not be seen as a problem, but rather as another trait that a person has such as the colour of their eyes or their height. The use of negative language was actually the subject of our campaign last year called ‘Find the Right Words’ where one of the things we did was change the language used on Wikipedia that incorrectly described people who stammer, such as Emily Blunt and Ed Sheeran, as as being ‘plagued’ by an ‘affliction’, or  having had a ‘defect’, when really this is just the way that we speak.

We hold many activities and events, including local groups and professional networks for people who stammer, support groups and workshops for parents, and workshops to help employers and organisations create stammer-friendly environments for staff and customers.

Anyone can become a member or supporter of STAMMA for free, and membership means that we will keep you up  to date with our campaigns, events and information.

5. In your opinion, what is the importance of having associations and organizations dealing with groups that suffer from similar problems in society, especially since those affected suffer from social rejection or bullying?

It is crucial to have organisations like ours that not only provide support to stammerers but also help to change society for the better. Connecting with others who stammer, or with other parents of children who stammer, or with other employers – forming a community –  is such a powerful tool, and can lead to change in so many ways. And improving representation of people who stammer on TV, in films and on the radio,  can lead to broader change across society, as we all, whether we stammer or not, become more comfortable hearing voices that sound different from the majority. Those voices deserve to be heard.

6. What are the goals of the STAMMA Association? Have you made any success with what you seek?

Our vision is to help create a world where stammering is embraced, included and represented, and where people feel at ease with stammering. Our current five year plan aims to: (1) to support more people who stammer in the UK; (2) educate the public around stammering; and (3) to manage STAMMA efficiently and effectively. We have had great success since our rebranding and are reaching and supporting more people every year. Our #NoDiversityWithoutDisfluency campaign petition has already reached over 24,000 signatories, and is in the process of being copied in other countries. As well as continuing the campaign, a major focus of our support work in 2022 will include expanding our work with employers and with children, teenagers and families.

7. Ms. Jehani, you had a personal experience with stuttering yourself. Tell us about this experience and how you overcame this problem.

Theres this common misperception of how a stammer should sound, but in reality people stammer in different ways, so I can only speak for my own experience. For me, when I stammer, I tend to ‘block’ on words – that’s when I’m trying to say a word, but no sound comes out at all so it’s just like a long silence until I can say the word. This more often than not invites ignorant comments such as ‘have you forgotten your name?’ and ‘do you not know how to speak english?’ which are very frustrating to deal with. Often, to avoid such comments, I can hide my stammer, for example by using words that I know I won’t stammer on. But this isn’t always a straightforward option, as it can also leave me frustrated, as I haven’t said exactly what I wanted to say or feel that I’m hiding who I really am.  Over time, stammering has been an experience of acceptance and learning to embrace my differences.

It’s actually interesting because when I am alone I don’t stammer, I speak completely fluently. But the minute I am speaking in front of anyone else, the stammering comes out. Additionally, I go through periods with no stammering, and then periods with lots of stammering. Lots of people who stammer experience these fluctuations, but I think it can be really confusing for people as they assume that if you have a stammer, you will stammer in every conversation but, for many of us, that’s not the case. Stammering, at least for me, really fluctuates without any seemingly underlying reason as to what triggers these changes.

Just as we all have our own personal nuances, it should be accepted that there are people that speak differently from the majority. It can get very difficult in the Arab culture, where it’s not really understood. When speaking a different language, I tend to stammer more and people usually mistakenly think it’s because I don’t know the language. In reality, if we stopped expecting people to respond quickly and just gave them time, it would make a huge difference to people who stammer, allowing us to use our real voices and be heard.

I found speech therapy and becoming a part of the stammering community helped me greatly in understanding and accepting my stammer, so that I can live well with it. I used to feel very alone but when I started connecting with other stammerers, I realised how similar our emotions were towards stammering and working through it together was very empowering for me. I used to think my stammering held me back, but I realised later on that I was holding myself back.

Stammering is not a “problem” that you overcome, it’s just one part of who I am. It took me a long time to accept stammering, rather than fighting it, but I have learnt more about myself through the struggle. There are some people whose stammer passes over time, but generally it’s about trying to live well with it.

8. What do you aspire to in the future?

I’m an Arab American and in the US Declaration of Independence there is a famous phrase which states that every individual is entitled to “life, liberty and the pursuit of happiness.” Life is what you make it, and I strive to continuously be a better version of myself in all aspects of my life whether professionally, personally or spiritually. In terms of my work with STAMMA, I aspire to help more people and raise more awareness, as this is something I wish I had available to me when I was growing up.

9. What advice would you give to people who suffer from intolerance in society for their differences? And how can they overcome that?

I would say reach out to people within your community with shared experiences. In the case of stammering, meet other people who stammer, try speech therapy, ands attend stammering events as all of this gives you a different perspective on it and help you become more empowered, especially. Discovering that you are not alone in this can really make a difference.

I experience intolerance on a daily basis, the most basic example is when I’m ordering my coffee. I take my time with saying my order, and the baristas are always trying to rush me or putting words into my mouth when I just need a few more seconds to say what I want. This has resulted in me so many times ordering something I didn’t even want just because it was easier for me to say.

Something I learned in speech therapy is to own my stammer, my difference, and this in a sense removes the negative power it has over me in that moment when I am struggling to say something. Because I am no longer trying to hide my stammer, I am accepting that I am stammering in that moment. By informing the other person, they are now aware of what is happening and will usually react in a much more understanding way if I let them know that all I need is a bit more time to speak.

We, the editorial team of Arabisk London, wish you and the STAMMA Association all the best.