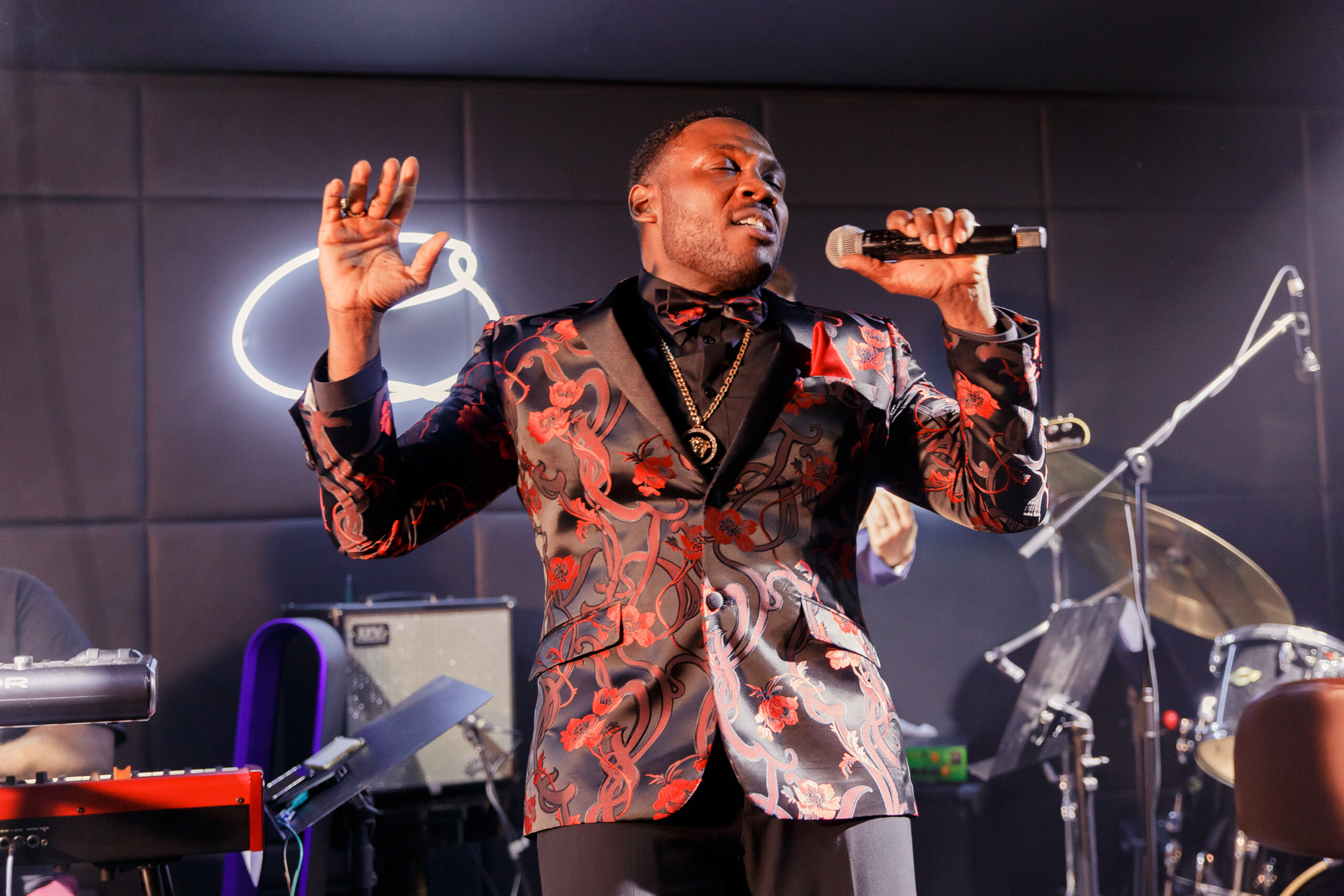 Starting 2022 with a bang as Palazzo Versace’s star act Rogelio Douglas Jr. will return at Q’s Bar on January 5th

“Back by popular demand” is an understatement as Palazzo Versace welcomes Rogelio Douglas Jr. to his sold-out nights at Q’s Bar & Lounge.

Rogelio will be performing his soulful music from January 5th to January 9th due to the immense popularity of his three residencies at Q’s.

The triple threat performer will be bringing down the house with his live, energetic performances and natural talent getting you up and dancing. Rogelio sings a variety of Otis Redding, John Legend and a bit of Pharrell Williams with his mix of Mo-town and funky soul, the perfect remedy after a long working day or a relaxed weekend.

Rogelio will be performing from 5th to 9th January 2022 at Palazzo Versace’s intimate New York style bar with a New Orleans culinary culture. Q’s offers high quality comfort food with a wide selection of rare beverages in the FROW to the world-renowned musical performers. 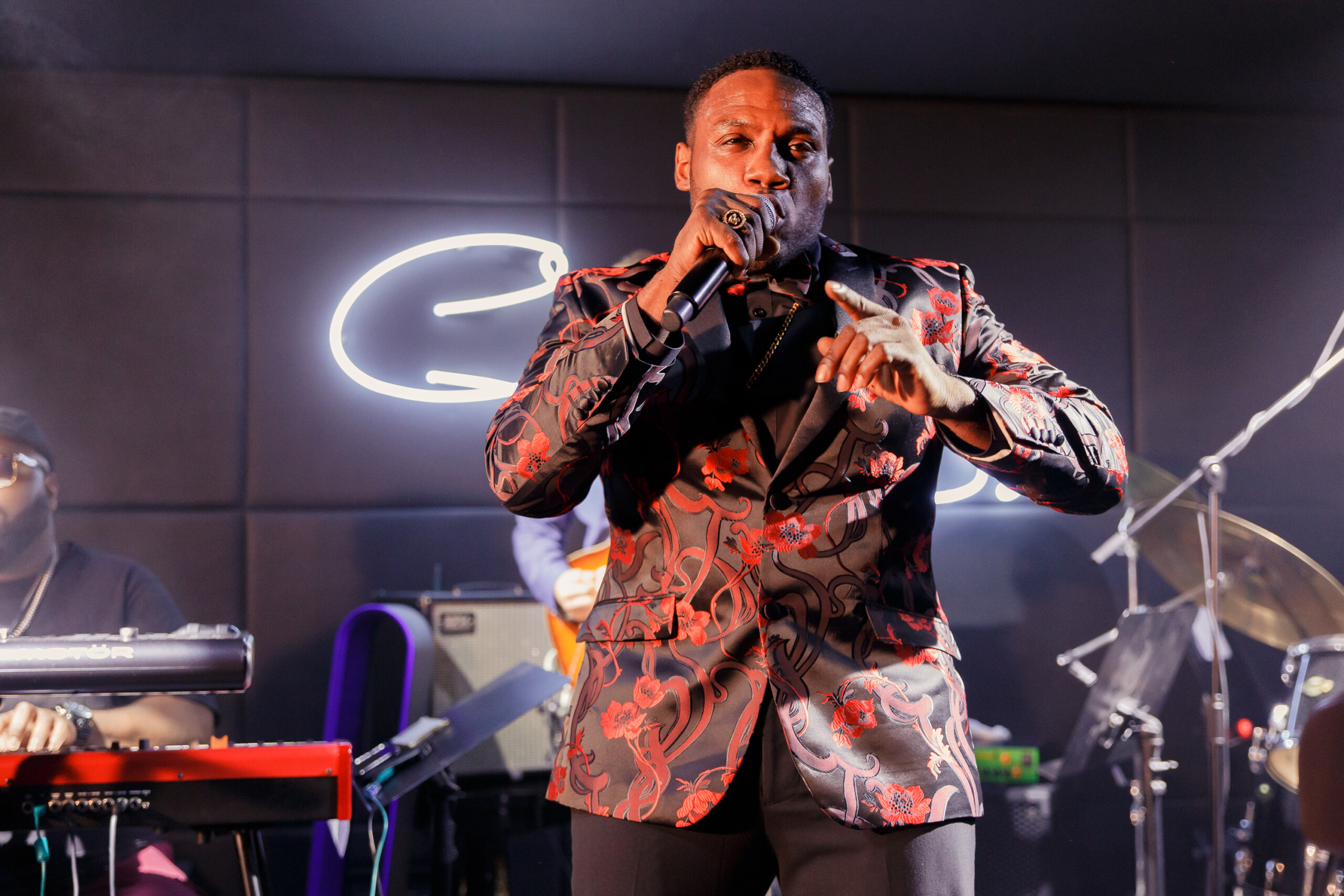 When not making live musical appearances or working on TV and Films, Rogelio can be found in the studio writing music. Recently, his music was used for the Season 10 premiere episode of The Discovery Networks “Deadliest Catch”; featured on HBO Networks “Silicon Valley” and played on Fox Networks smash hit “Empire”. He has performed at many events at the request of David Foster.

On the big screen, Rogelio can be seen in “Whiplash”, “Superfast!” and “Straight Outta Compton”. His television credits include NBC’s “Chicago P.D.”, Orange is the New Black and “Ray Donovan”.

He first gained attention as a lead tap dancer in RIVERDANCE: THE SHOW on Broadway, its world and national tours and in the film RIVERDANCE: LIVE FROM GENEVA. He is an original Broadway cast member of the Tony and Grammy Award-winning Lin-Manuel Miranda musical IN THE HEIGHTS and starred as “Benny” in the production’s first national tour. Off- Broadway, Rogelio appeared in the musical CELIA: THE LIFE AND MUSIC OF CELIA CRUZ and the 25th anniversary performance of DREAMGIRLS with Jennifer Holliday.

Price: AED 250 per person minimum spend on weekdays and AED 350 on weekends

Reminiscent of a 16th century Italian Palace, Palazzo Versace Dubai is a Neoclassical masterpiece with subtle traces of Arabian architecture. Featuring a striking entrance, high ceilings, landscaped gardens, and a range of well-crafted Italian furnishings, the hotel is truly symbolic of the Versace lifestyle.

Set in the heart of Jaddaf Waterfront, less than 15 minutes away from Dubai International Airport and eight minutes away from Burj Khalifa and Downtown Dubai, Palazzo Versace Dubai is conveniently located along the shores of the historic Dubai Creek.

Every single piece of furniture and fabric that adorns the hotel’s 215 hotel rooms and suites, and 169 residences, is designed and tailor-made by Versace exclusively for the Palazzo Versace Hotel in Dubai. Each of the hotel’s 8 restaurants and bars is designed to have an al fresco terrace to reflect the heritage of Palazzos, where the internal court was the informal space to meet, dine and enjoy the weather. The three outdoor pools are decorated with mosaic tiles and surrounded by palm trees and flowers. The beautifully landscaped gardens and views of the Dubai Creek and skyline, make this luxury hotel an ideal venue for weddings and social events in Dubai. UAE developer ENSHAA in conjunction with Versace developed Palazzo Versace Dubai, a hotel and residential project, which opened in November 2015.

Related Topics:arabiskQ’S BAR & LOUNGE
Up Next

MCGETTIGAN’S GEARS UP FOR COMEDYFEST 2022