Elon Musk-Oman: What is the nature of the Omani project that won the world's biggest incentive prize? 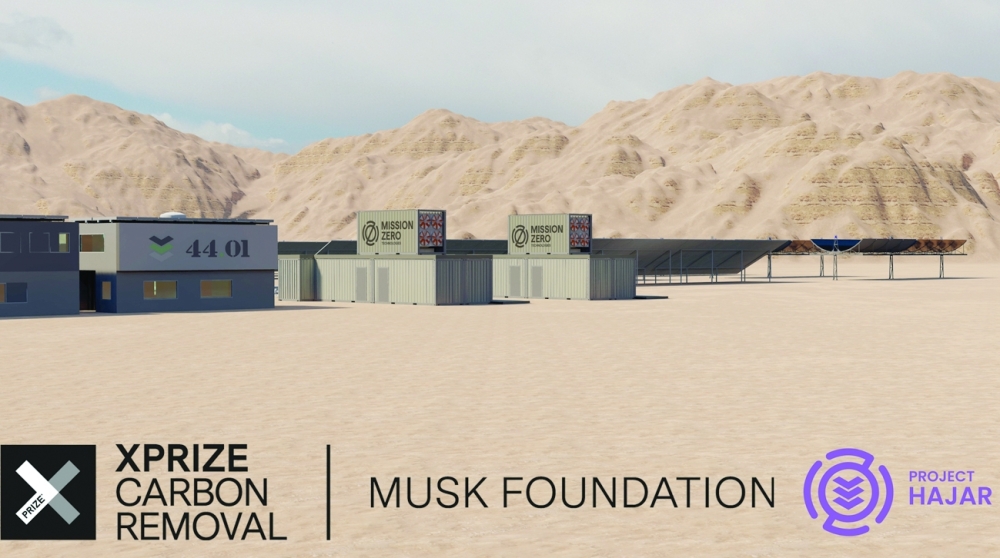 The Ministry of Transport and Communications of the Sultanate of Oman has disclosed that the Omani-British project “Hajar” won as the biggest incentive prize in the world funded by billionaire entrepreneur Elon Musk and the Musk Foundation.

The Omani-British project “Hajar” has won the prestigious $1million XPRIZE Carbon Removal Milestone Award. As reported by the Observer in its edition dated April 16, 2022, Project Hajar combines two complementary technologies – Direct Air Capture (DAC) and carbon mineralisation – to support the removal of gigatons of planet-warming CO2 in the Al Hajar mountains of the Sultanate of Oman.

According to the Omani-UK partnership, the CO2 will be energy-efficiently collected from the air and then transferred to peridotite underground – a mineral widely studied for its CO2 mineralisation potential and naturally abundant in Oman’s geology. Here, the natural weathering process is enhanced by the fastest mineral carbonation rates ever demonstrated in the field to deliver verifiable and permanent carbon removal, the partnership said in a press statement.

Karan Khimji, cofounder and CCO of Muscat-based 44.01 stated: “In the wake of the IPCC’s latest assertion that carbon removal is now necessary to achieve our global climate goals, we are thrilled that Project Hajar has been identified by the XPRIZE as a solution with the potential to scale and make meaningful impact. The prize money will enable us to execute our vision for Project Hajar. The hard work starts now.”

“We are incredibly excited and humbled by Project Hajar receiving this recognition from the XPRIZE team and judges. Scaling carbon removal internationally is crucial, and this is a fantastic incentive to get us going,” added Shiladitya Ghosh, cofounder and CPO of MZT. “However, we know this is only one piece of the puzzle – many approaches are needed in tandem. We’ll do our part to keep the race for the Grand Prize a tight one.”

Project Hajar and the other 14 Milestone Prize winners were selected from over 1,100 entries that registered to participate in the competition earlier this year. The shortlisted teams had to provide technical demonstrations of their proposed solutions at any scale and project the economics and lifecycle analysis for implementing their approach at both the 1,000 tonnes/year and megaton scales.

“One year in, we already see the positive impact of the prize: hundreds of groups working on a wide range of promising carbon removal solutions. Not just ideas, but development and deployment plans, which is exactly what we need. The pace and depth of initiatives in carbon removal and other crucial climate solutions has never been greater, but we still need more — more and deeper emissions cuts, and more reliable, validated carbon removal solutions. That’s why we launched this prize in the first place,” stated Dr Marcius Extavour, chief scientist and vice-president of climate and environment at XPRIZE.

Also up for grabs is an $80 million Grand Prize pool, which is due to be awarded by the XPRIZE Carbon Removal competition in 2025. It requires all eligible teams to have delivered 1,000 tonnes of verified carbon removal.

To this end, Phase 1 Project Hajar – centring on a minimum 1,000 tCO2/year carbon removal operation with dedicated renewables on-site – is targeted for commissioning in early-2024.

Project Hajar is envisaged to be the first commercial-scale implementation of the combined DAC and mineralisation processes involved, with pilots due to be completed in advance, according to 44.01 and MZT.

“The award of this prize is seen as a glowing endorsement of UK- and Omani-led climate innovation potential as well as a catalyst for rapidly growing both startups to deliver Project Hajar on the timescales needed. MZT and 44.01 have previously received backing from corporate thought leaders in the space such as Stripe and Shopify and will now go from strength to strength. Both companies have exciting career opportunities open and welcome conversations from equipment vendors, project partners, and collaborators to scale and proliferate their DACM approach internationally,” the partnership added in their statement.

Related Topics:arabiskOmani project
Up Next