The Kingdom’s Vision 2030; This is How Mohammed Bin Salman Made his Country a Superpower 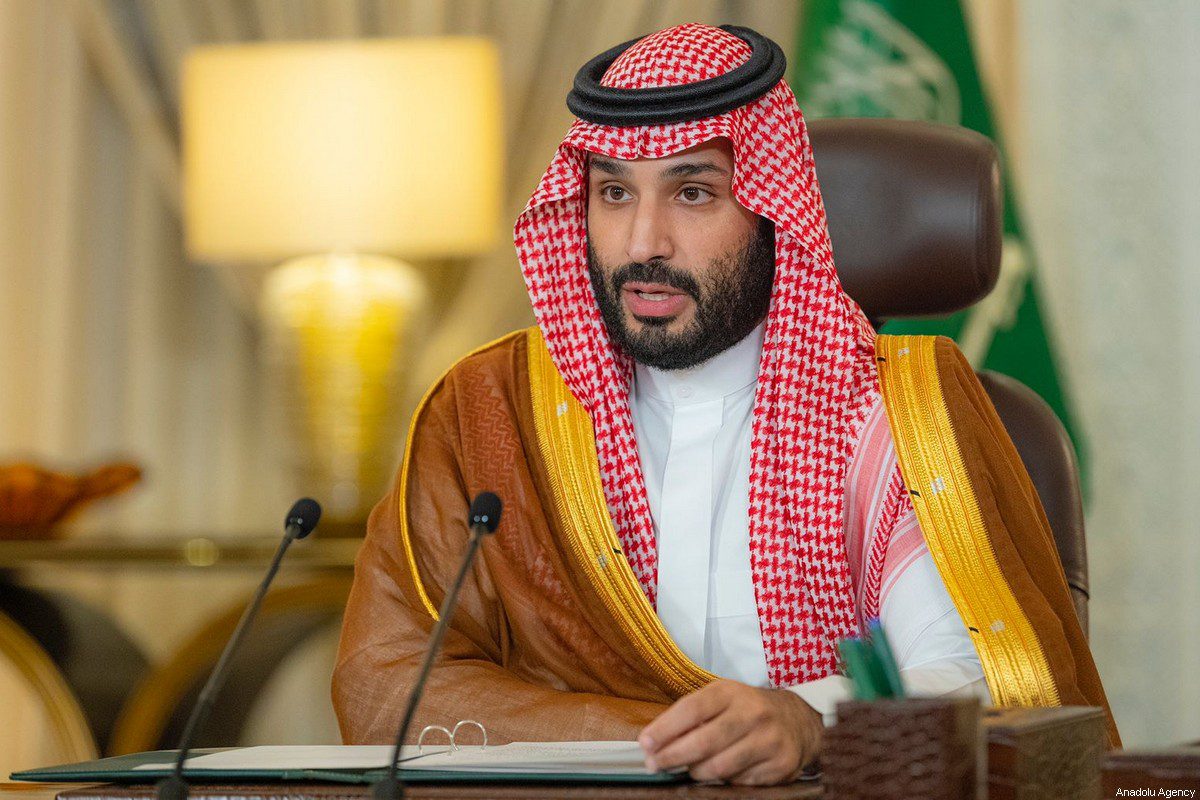 “Our most significant wealth, which is not equal to any other wealth no matter how big it is, is an ambitious people, most of whom are young people, they’re the pride of our country and the guarantee of its future.”

With his usual confidence and inspiring will, Prince Muhammad bin Salman, the Saudi Crown Prince, Deputy Prime Minister and Chairman of the Council for Economic and Development Affairs, stood to chart the road to making the Kingdom of Saudi Arabia a great country. A state that has proven its distinction and capabilities politically, economically, socially and culturally.

Despite the long history and culture of Saudi Arabia that are deep in time, the beginning of the real Saudi success story was in 2016 with a vision based on the strengths of this country and its unique capabilities, the vision of the present for the future, the Vision of 2030.  This vision has achieved tangible results during the first five years for an ambitious nation that builds a brighter future.

How Did Mohammed Bin Salman Make his Kingdom a Superpower?

As one of the most prominent politicians, economists and intellectuals in the Kingdom, the Arab world and the world in general, bin Salman was armed with his ambition, leadership and ability to manage the state internally and externally, to lead the Kingdom to the ranks of major countries, achieving development and prosperity. And because bin Salman is aware that the oil resources are not renewable, he has taken upon himself to transform the Saudi economy into a non-oil economy and reduce the Kingdom’s dependence on its oil resources. Thus, he announced “The Saudi Vision 2030” on April 25, 2016, to coincide with the date set for announcing the completion of the delivery of 80 giant government projects, of which the coast of each rangers between 3.7 billion and 20 billion SR. 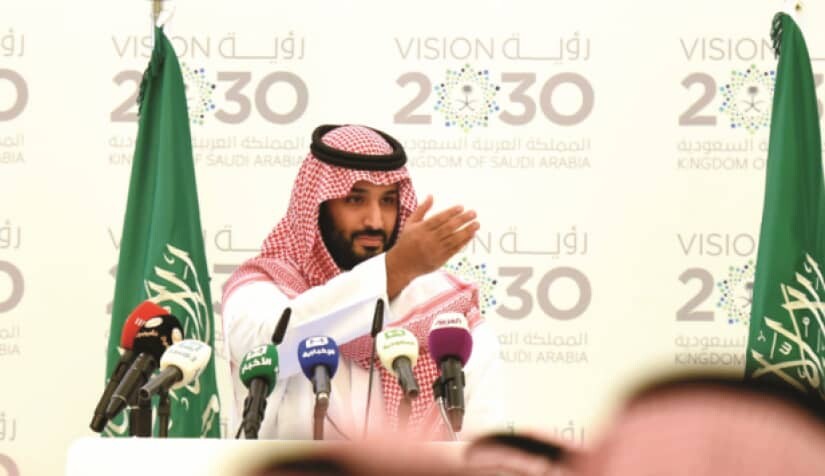 The Main Themes of Vision 2030

During the first five years, the “Kingdom’s Vision 2030” reached tangible results for an ambitious nation building a brighter future. The vision realization programs have achieved remarkable successes in the three vision axes:

A Vibrant Society: This axis progressed as a result of adopting healthy lifestyles, serving the pilgrims from all over the world, in addition to paying attention to archaeological sites and including them in the UNESCO World Foundation.

A Thriving Economy: This pillar achieved the 2030 target for women’s participation in the workforce in 2020. The assets of the Public Investment Fund have grown significantly, and the contribution of small and medium enterprises to the GDP has also increased.

An Ambitious Nation: This axis has made progress in the two pillars of “Effective Government” and “Responsible Citizenship,” as non-oil revenues increased significantly in 2020, and the number of volunteers doubled annually to reach 409,000 volunteers in 2020. 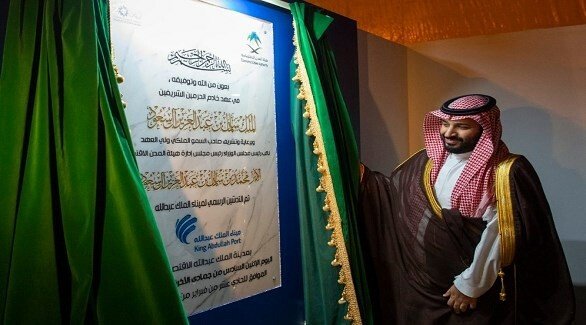 The Saudi Economy: A Record speed Towards the World

Prince bin Salman revealed that the fund will control more than 10% of the investment capacity in the globe, and the size of its holdings is estimated at more than 3%” of global assets. Through this fund Saudi Arabia will be an investment power, which will be a major driver of the globe, and not only the region.

On the other hand, according to his plan to reduce dependence on oil resources, bin Salman believed that Saudi Arabia could achieve this economic plan even if the price of oil was thirty dollars or less, and that it was almost impossible for the price of oil to break thirty dollars by virtue of global demand. The Aim of this plan is to increase non-oil revenues six-fold from about $43.5 billion to $267 billion annually, in addition to increasing the share of non-oil exports from 16% of the current GDP to 50% of the output. With this plan, Saudi Arabia is seeking to improve its position to be among the top 15 economies in the world.

With the transition of Vision 2030 to the next stage, to achieve and deepen the impact and involve the private sector in the transformation journey to bring about a qualitative shift in various sectors, some vision realization programs have been restructured and new programs have been introduced to reflect the ambitions and capabilities of our country and achieve Vision 2030 to the fullest. 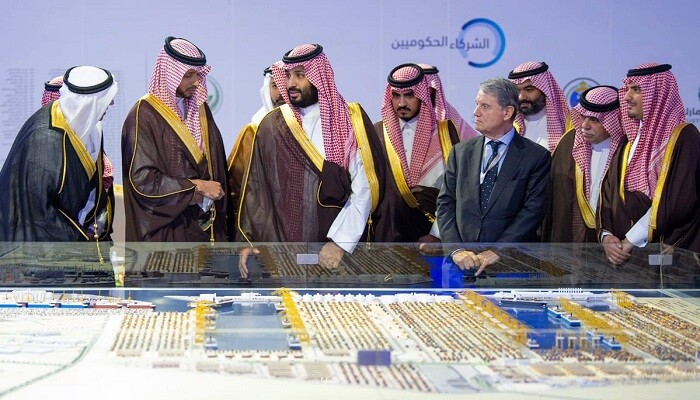 The data of the Saudi General Authority for Statistics, for the month of August, showed that the Saudi economy achieved a tremendous growth of 11.8% in the second quarter of 2022, recording the highest growth rate in 11 years.

Oxford Economics also expected that the Saudi economy will exceed the trillion-dollar barrier for the first time this year, and indicated that the growth of Saudi GDP will reach 7.5% in 2022, noting that the International Monetary Fund expects growth to be in the range of 7.6%.

Among the goals of the “Kingdom’s Vision 2030” is for Saudi Arabia to become among the 15 largest economies in the world by 2030, and to record an expected domestic GDP of $1.7 trillion.

In a posh French style, bid farewell to the summer season and visit the charming resort of Côte d’Azur in Dubai!