Arabisk London Magazine was delighted to spend some time with Ms Zainab Iskandar, a member of Emirates Business Women’s association, creator of the ‘Kahraman’ trend and a social activist. We gladly conducted an interview with Ms.Iskandar, in which we discussed her recent success and future aspirations.

Since we started organising the chain of ‘diamonds bazaar’ exhibitions in 2004, we were very ambitious to branch out to the greater world through partaking in foreign partnerships, and so our dream of reaching London had began, which is perfect of us as there is such multiculturalism in London.

The exhibition was held in The Dorchester hotel, which is the oldest and most renowned hotel in London. It took place on Sunday the 17th July 2016; we chose this particular time as London was buzzing and it was the high season time for tourism, in this beautiful city. 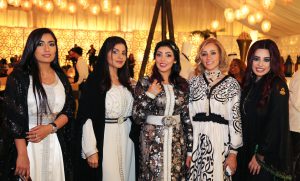 In our past years we have had a lot of success due to our expertise and experience in the development of our jewellery.  We work extremely hard to involve all the aspects of an Arab woman in our creations, therefore in this 11th year female Arab designers and entrepreneurs organised a fashion show with the theme of ‘Business women’. This allowed there to be a transfer of culture from the Middle East to London.

There are 25 different participants from the Gulf Cooperation Council (GCC), including myself.

The main participants were, Ilham and Iman Flamerzy. The creator of the Arabic ‘abaya’, Nouha Al-Raaisy and Aishye Mouamary from the UAE alongside Abiir Al-Yaseen, Mohammad Hamada and Manar Al-Fudly from Kuwait. Also, Shayma Mohammad from Bahrain and Sara Al-Zadjaly from Oman.

The business involved were, the British company Samoil who specialise in producing hair oils and the Lebanese jewellers Solaymoun, alongside, Nabounola wood production from Qatar and ITC chocolates from the UK. Whilst also involving many young entrepreneurs such as actors, actresses, singers and performers.

The organisation is more than happy to support this huge event. they consider ‘diamonds bazaar’ to be one of the most influential events, as it enlightens and emphasises the importance of an Arab women. The Emirates Organisation of Business Women, which greatly supports its members, helps us to branch out to more women and to encourage them to find themselves in business terms, we find this to be extremely important as the Arab women as a large influence on the growth of the economy. 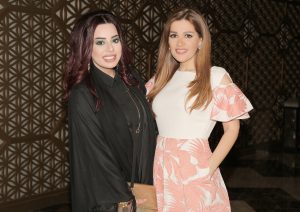 A New Wave of Female Entrepreneurship in Saudi’s 2030 Vision

The Business Woman Joelle Mardenian :A success Story From London To Worldwide