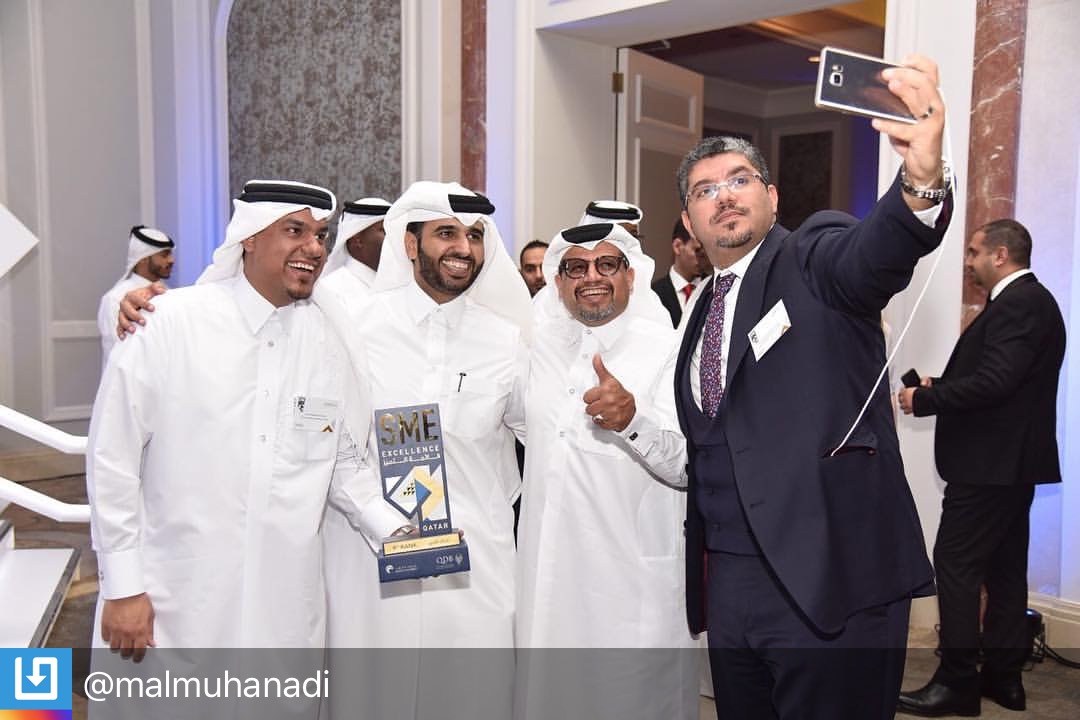 When you meet Qatari entrepreneur, Mohamed El Mohanadi, you’ll notice two very distinct things. First, his sizeable Arabic library covering everything from management and sales to social media. And second, (which I think is somewhat more important) is the evident energy and passion that you see on his face when he discusses social media in the State of Qatar. 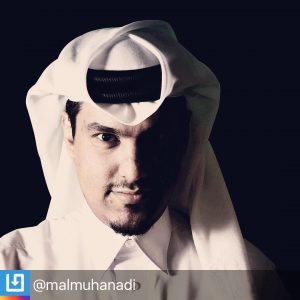 Without further ado, let’s delve into the interview conducted by our correspondent in Qatar, Rami Issa.

Q: First off, can you tell us a little about your beginnings? Before you established your first company?

A: Ever since I was very young, I’ve always dreamed of being an entrepreneur and owning my own business. A dream that completely preoccupied me when I was studying Maritime Transport. Needless to say, starting it all was not easy. Back then, I did not possess the skills required to launch my own venture, but through a lot of reading and training, I was able to learn more quite quickly until I became the youngest Human Development trainer in Qatar.

Q: How did you get the idea to start Social Media Solutions in Qatar?

A: I had met my previous partner, Ammar Mohamed, in a workshop where he had proposed the idea of establishing a business that led to better dialogue between the members of society. After a year and a half of working on implementing that idea, we hit a dead-end and realized that we have to think out of the box. This is when we decided to enter the social media marketing field.

As I’ve said, being an entrepreneur is my dream since childhood, but the issue of funding has been an obstacle from the beginning. Consequently, I kept my government job to guarantee a stable income and minimal funding for my startup while my partner, Mohamed Ammar, quit his full-time job and started running our business full-time.

Q: Was launching the business easy? Especially considering that this was the first Qatar business in the field of Social Media Marketing?

A: We started in 2012 during the height of the Arab Spring. The Egyptian, Tunisian, Syrian and Libyan Revolutions were all sparked via social media. This was people’s direct source for information during the Revolution. It was fast, reliable and people-driven. Traditional media at the time was not the same. It either couldn’t keep up with the pace of events or was biased in some form or other.

This reality prompted us into entering this field.

Locally, however, things were quite different. There was a general impression among those in government that social networking sites were a waste of time or an advanced version of online forums. This was precisely why our work was somewhat more challenging as it took us some time to convince our first client (The Ministry of Trade & Economics) of the importance of social media to better deliver their goals and improve on their Standard Operating Procedures. I still remember how it took us 6 entire months to answer their questions, address their concerns, and for them to approve our offer. This was back then, luckily now things are much better.

Q: You won the rights to market the Handball World Cup that took place in Qatar. Do you see this a bold move, especially since you don’t have experience marketing such huge events?

A: I feel like we need to pause somewhat here. Regardless of the fact that we’re fiercely proud of having completed such a feat. Things all miraculously fell into place. Our company at the time was quite small. It was composed of two people and we did not have an office at the time. Once we met Dr. Ahmed Taha, Management Consultant, who worked with Dr. Haya El Modady, Consultant to the Minister of Culture and Youth, they really liked the idea. Dr. Haya suggested that we work out of her office. And now we were in a place with individuals with a lot of experience which made us feel very safe.

This newfound feeling of everything-is-possible motivated us to accomplish more. Hence, our deep desire to cover the World Cup in Handball.

I remember the instance when we feared that Mr. Taha was simply “pulling our leg” when he mentioned how we should take part in the bid to market the World Cup. Seeing the seriousness on his face, however, made us realize that he’s quite serious. That alone constituted a big push for us and that was when we decided to pursue this great opportunity.

I still remember our sleepless nights when we were fighting for exclusive rights to market the World Cup. It was a really tough time, one that we will never forget, but we persevered and managed to win amidst really fierce competition.

Q: But you’re a company composed of only two people, how did you manage to accomplish such a huge feat? One that requires a small “army” of qualified professionals?

A: Quite frankly, we faced a lot of obstacles. When we were vying for sponsorship, we expected to receive a sum of money from the organizing committee to kick-start the process especially that we had subcontracted two European companies. To our surprise, though, we found a clause in the contract that stipulated that we cover a friendly match that would take place before the World Cup. Of course, the companies that we had subcontracted refused to work without a deposit, so we decided to hire a local student from a reputable university who was studying Media and Public Relations. It was a risky move and one that took us four hours to decide in a long meeting, but one that we had to take.

A: We interviewed each applicant for three minutes only; one minute for introductions and two minutes for questions. We were on the lookout for someone who can really handle pressure. We needed someone who could work in a fast-paced environment; someone who’s flexible and knows how to maneuver. Choosing the wrong candidate would have been detrimental and would have caused a lot of problems.

Luckily, we picked the right candidate and it was a huge success. We received our first check for payment two days before payroll was due. This was when I realized it was time to take on my business full-time.

A New Wave of Female Entrepreneurship in Saudi’s 2030 Vision