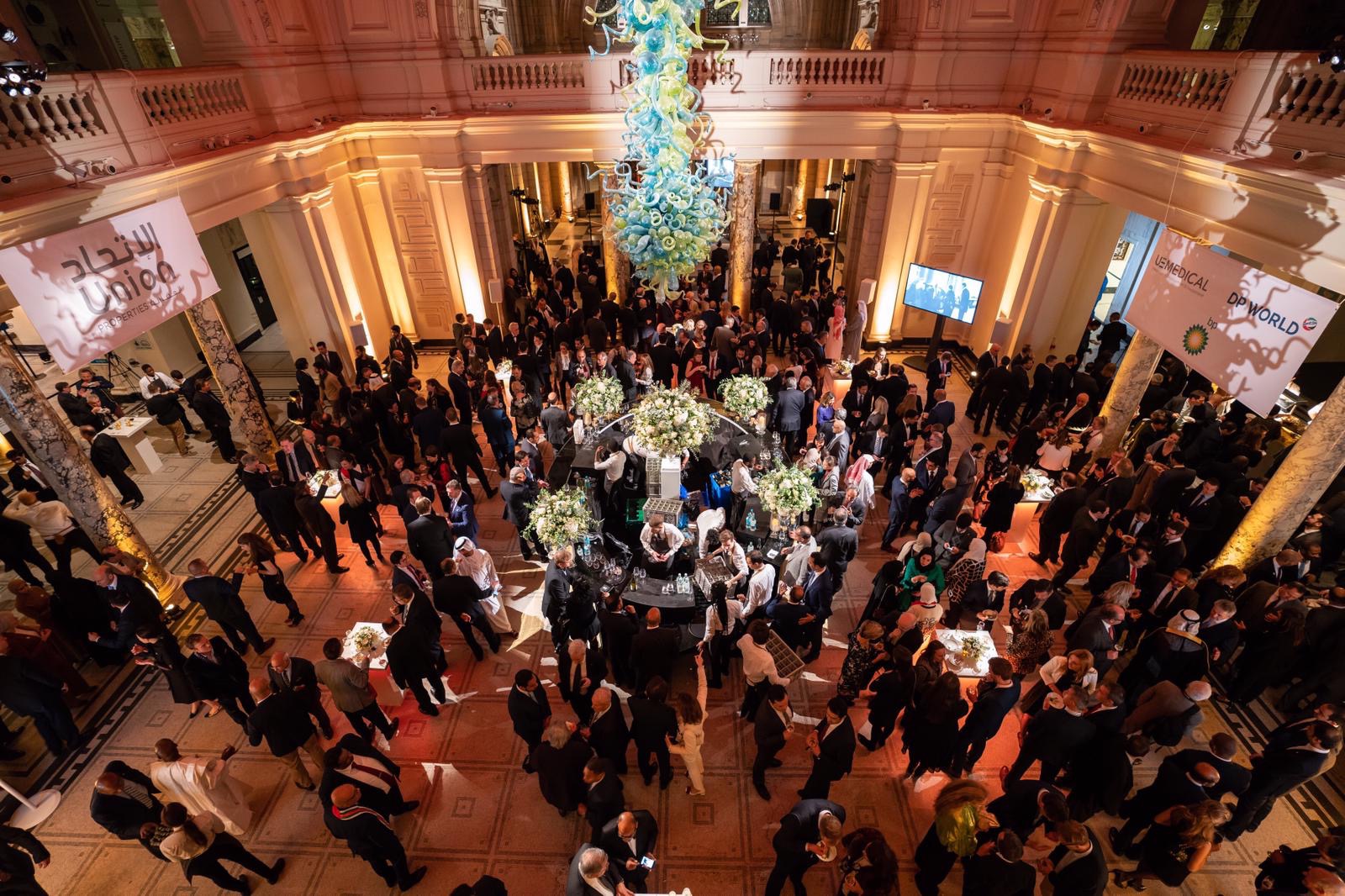 [vc_row][vc_column][vc_column_text]47 years ago seven emirates bordering Saudi Arabia and Oman have come together to what we know today as the United Arab Emirates. To honor this distinguished day, the UAE ambassador in the UK Sulaiman Hamid Salem Al Mazroui, hosted a celebration in the Victoria and Albert Museum.

It is no surprise that this venue was chosen, due to the fact that “this embassy will continue the same tradition of appreciating arts and culture for the years to come” said the ambassador.  In addition, the 46th national day was held at the Natural History Museum, and the 45th at the National Gallery.

During the event the minister of MENA at Foreign and Commonwealth office MP Alistair Burt delivered a speech admiring the friendly strong relations between the UAE and the UK. Additionally, a short film was presented showcasing the Emirate’s history and also images taken from the 47 years presenting the country’s achievements.

Guests included many Arab and international ambassadors, Emirati businessmen and students in the UK. Rewards were handed to Emiratis who have completed significant accomplishments.

This year also marks the 100th birthday of the UAE’s founding father late Sheikh Zayed bin Sultan Al Nahyan. In order to commemorate his father, the president of the UAE Sheikh Khalifa bin Zayed Al Nahyan has announced that this year will be known as The Year of Zayed. The Crown Prince of Abu Dhabi, Sheikh Mohamed bin Zayed Al Nahyan added that Sheikh Zayed’s values of tolerance and progression will be enlisted in the community.