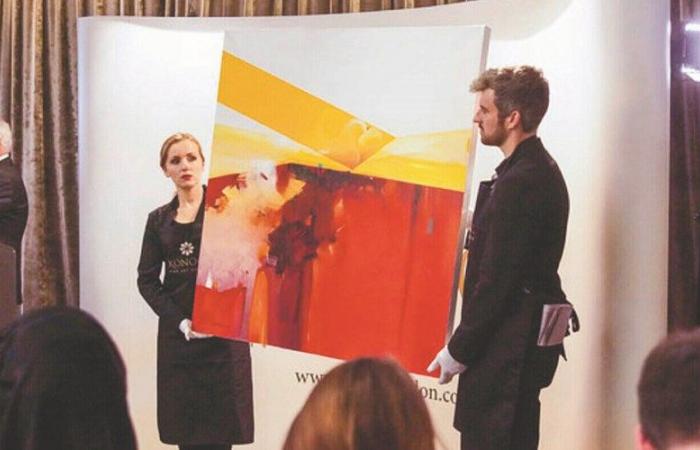 On Tuesday, the 22nd of 2019, the Women’s Forum for Success and Growth (WGSF) in London has organized its fifth “Knooz” Visual Art Exhibition and auction in support to distinguished female artists from the Middle East, with an emphasis on Kuwaiti artists. The exhibition was held in a Bvlgari Hotel hall in the United Kingdom.

It was notable that the Iraqi delegation was characterized by bringing forth prominent artistic personalities who overcame their local and Arab framework, and have long enjoyed international reputation. Amongst these names are Faisal Laibi, Salah Jiyad and Nouman Hadi, who presented three central paintings that put the auction on the map. Faisal al-Obeidi’s “Master and Slave” painting received the highest bid, reaching up to £ 50,000.

Meanwhile, Mahmoud Ashqanani, a Kuwaiti artist, commented that the event plays an integral role in introducing the works of Kuwaiti and Arab artists, especially in the international city of London; a rich cultural and artistic melting pot that enhances the cross-cultural artistic experiences. For this year, Knooz institution decided to allocate the profits of the auction to poor families living in Iraq and India through the Sotheby’s London auction house.