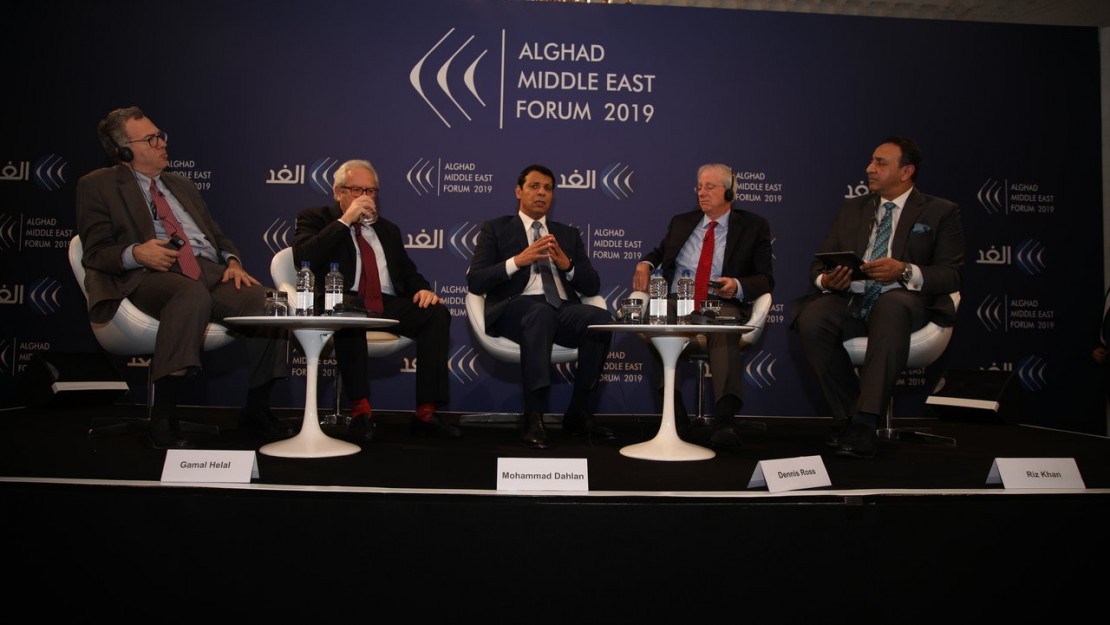 In the presence of a group of politicians, diplomats, media and those interested in the Palestinian issue and the Arab-Israeli conflict. The “Deal of the Century” was the most important topic of discussion in the forum, by discussing the challenges that hinder the US President Donald Trump’s plan to implement in the Middle East, discussing the role of the United States and the European Union in peacekeeping, As a result of the continued Palestinian-Israeli conflict.

the speakers of the panel included Palestinian Legislative Council member and Fatah leader Mohammed Dahlan, former senior US diplomat and adviser to the US government Jamal Hilal, former US envoy to the Middle East and advisor to the Washington Institute for Near East Policy, Dennis Ross, and the Director of the Middle East Peace Process Project at the Washington Institute David Makovsky. The international broadcaster Riz Khan conducted the panel session on the “Deal of the Century”.

The former US envoy to the Middle East Dennis Ross spoke about the team based on the US President’s peace plan, which was kept small without the intervention of many institutions and ministries to maintain the confidentiality of information, pointing to the importance of the role of the United States in resolving the Palestinian-Israeli conflict.

Former diplomat and former chief US interpreter Gamal Helal said: there is a need to continue the US role in resolving the Palestinian-Israeli conflict, pointing out that the transfer of the US embassy to Jerusalem does not mean Washington’s lack of interest in resolving this issue and announced not knowing whether the Trump administration is able to do so.

the director of the project of the Middle East peace process at the Washington Institute David Makovsky talked on the threat of the role of the United States in the region in the future in the event of failure to bring peace and noted that America missed the opportunity to obtain a concession from Israel in the Palestinian issue, the transfer the embassy is only a confirmation of the previous situation.