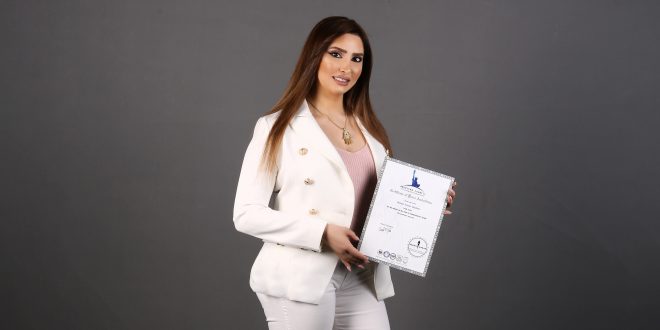 The American Council for Training and Entrepreneurship (ACTE) granted the title of Ambassador of Peace to Syrian Entrepreneur, Manar Bashour.

Bashour, who was also granted the title of Goodwill Ambassador in Jordan’s conference on women’s role towards creating leading generations and achieving a sustainable economy, is known as one of Syria’s most active and pioneering entrepreneurs.

She is involved in several fields such as tourism, production, food export, contracting and holds the responsibility for numerous international sport agencies.

The American Council for Training and Entrepreneurs, launched in the US, is viewed as one of the highlight international research centres and think tanks.

The council offers accreditation for professional training centres and provides certificates in various fields. The ACTE is also known for its developed international network, which includes an office in the Middle East.

The council has received accreditation by the International Accreditation Organization (IOA) and is a registered NGO under the UNESCO.