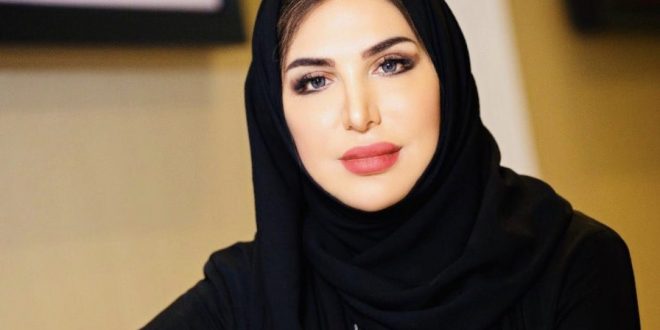 Buthaina Al-Ansari – the Qatari businesswoman who has been ranked among the most 500 powerful women in the Arab World, has notable achievements in the entrepreneurial field and adores writing books.

-Before we start talking about business, in words please, who is Buthaina…?

Buthaina is a very ambitious person; her dreams are challenging and great at a time. She works hard in the scopes of Human Development and Corporate Planning and holds an MBA and a master’s degree in Strategic Planning and Human Resources. as well as a doctorate in the field of Women Empowerment and Employment in Leadership Positions within the Private Sector.

-Which nickname is your favorite?

Actually, I love hearing the “Businesswoman” nickname; for it is my hobby, however, what I love the most is the “Executive Director” of my company.

-As mentioned, you are a writer… would you tell us more about your writing journey?

I have a great passion for writing. Three books of mine have been published till now; the first was issued in 2017, entitled “Stronger than the Siege”, followed by my second book “Sheroes” that talks about the distinctive Qatari women, and last April I published the third which was about Qatari women before and after oil. Another book is on its way to be published at the end of 2019.

What inspired and prompted me to write is the important role that Qatari women play, and how their magnificent potentials can enrich the society as soon as they are empowered in order to support Qatar’s 2030 Vision. 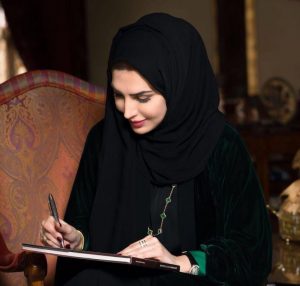 – What are the most remarkable tasks and functions you focus on recently?

Today, we are working on the application of audiobooks and E-training in order to raise the awareness level and provide knowledge in a modern style to fit the latest lifestyles. I own a training company that provides super training in entrepreneurship and financial fields, as well as “Strike” company for advertising, aside with my work as a certified development coach.

Fortunately, the businesswoman in Qatar has a notable social status, and without a doubt she reaps the benefits of her efforts to empower herself in this field. As you know, we have the Qatari Businesswomen’s Association, the Social Work Foundation, also the Development Bank and the Businesswomen’s Incubators, as well as “Injaz” Project, which all are projects and umbrellas that support Entrepreneurs in their own projects.

-What are the challenges the Qatari woman faces as a businesswoman?

Your path in entrepreneurship is not an easy or paved path. There is always things may hinder your progress, like; family, raising children and the requirements of life, also the high profit on loans in case of relying on them for obtaining the capital. In addition to the confidence in foreign labour and giving them the priority to carry out projects, which is a real problem we have suffered from, but it’s started recently to decline by virtue of the vision of Qatar’s leadership, Vision 2030.

In terms of challenges, we do not dismiss the types of projects in which woman specialize as she is a female, in fact, they encourage her in specific scopes such as fashion and restaurants, while no one encourages her to embark on the educational and pedagogical works and activities. For such matter, we are striving to strengthen the role of women in this regard.

-What are the factors of success in your personal opinion?

The main factor is to have the passion to move on each time to a better level in education and culture. My family as well is my first supporter and I believe that family is worth more than wealth and any other thing. I do care of surrounding myself with positive people all the time, and I rely on my personal marketing efforts for myself and my companies of training and skills development.

-What are the best awards and titles you have gained?

I used to focus on achievement, what helped me to get many awards and honors. I was ranked among the top 500 women in the Arab world, I was awarded the Distinguished Alumni Award from Qatar University, also a few days ago I received my PhD in Institutional Strategic Planning, and Empowerment of Employing Qatari Women Leaders.

–What are your ambitions, regarding all levels?

In media, I aspire to a large channel to adopt my project as “Talk Show” Program, but entitled with “Sheroes” instead of “Heroes”. As for the Qatari side, I look forward to the state working to tackle the practical policies and laws that are applicable to women. As well as, activating the role of research, statistics and developmental research studies for they have a great role in activating and moving the economic wheel.

– What is the word or the saying you strongly believe in and encourages you?

“Be the change you want to see in the world” Mahatma Gandhi; this quote is the fuel of my business life, and can always drive me to make more efforts and success. The human being should not be a mere number on the ID card, then end up as a number once he dies. There is a full life between those two numbers a person must put his mark.

Fouz Al- Fahd: My Family and believing in own self are the secret of success