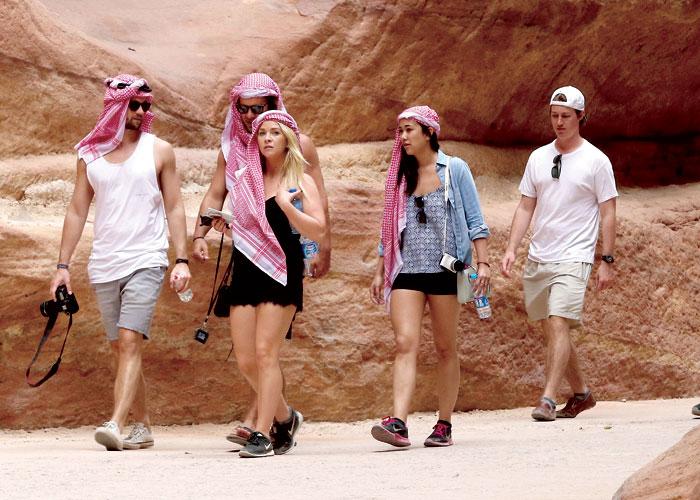 Jordan’s Tourism Board (JTB) Managing Director, Abed Al Razzaq Arabiyat, declared that the number of inbound tourists are expected to increase throughout the current year. He added that this boost coincides with the launch of new charter flights sponsored by JTB.

Arabiyat pointed out that both RyanAir and EasyJet have introduced new flight trips to Jordan, which will reflect significantly on the numbers of overlay tourists and may land it at a 5 million count benchmark.

He also mentioned that the Board has worked on attracting new charter airlines coming from Russia to Aqaba by introducing incentives. This has increased the number of airline companies to four, with an expectant 20-25% rise of the country’s incoming tourist groups in 2019, especially those coming from the European and American region.

Highlighting JTB’s success in attracting couples interested in holding their wedding ceremonies at the Dead Sea region, the Managing Director mentioned that the Board especially targets high spending tourists.

He explained that the Board’s promotional plans for 2019 is set to concentrate on religious tourism as well as targeting three traditional markets in China, Japan and Brazil. Arabiyat also stressed on the importance of influencers on social media in terms of promoting and calling upon tourists to visit historical sites in Jordan, especially with social media being one of the most fetching routes for inbound tourists.

According to Arabiyat, the JTB has established a separate marketing unit for conference tourism which managed to attract several medical conferences for both the current and upcoming year. Meanwhile, Jordan’s medical tourism has witnessed a decline due to the existence of great competition in neighbouring countries, emphasizing that Jordan is determined to retrieve its position in this sector.

Finally, he said that the JTB has formed a board of trustees for medical tourism, which includes members of public and private sectors to develop plans to promote health products and services in Jordan. Meanwhile, the Jordanian government has increased the budget of the JTB this year from 12.9 million JOD to 25 million JOD aiming to enhance the ability of tourism marketing to attract more tourists and visitors.

Notably, the number of inbound tourists to Jordan has increased since last year by 7%, reaching to 4.9 million tourists entering the country.

Related Topics:Arab News from London and Middle EastbusinessJordanTourism in Jordan
Up Next

Dubai: One of the Region’s Top Picks for Events & Shows