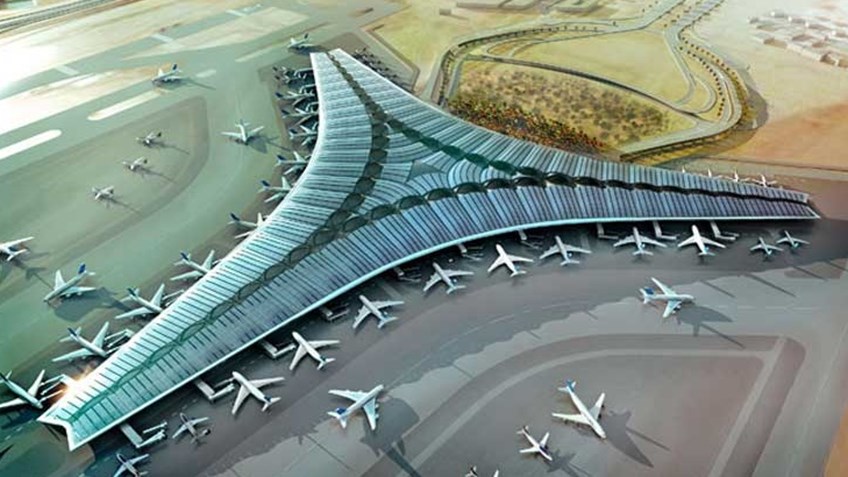 The four-day Kuwait Aviation Show opened on 14th January at Kuwait International Airport. During the opening ceremony, President of the Directorate General of Civil Aviation Sheikh Salman Al-Sabah said the show represents an opportunity to showcase the latest in the world of aviation.
“This event received wide participation this year by specialized international companies, making the venue an attractive platform for everything related to the aviation industry and airport requirements. This show, in its second edition, coincides with the completion of major state projects to develop the air transport sector and development of Kuwait airport, amid significant investments that aim to raise the efficiency of operations and improve aviation services,” Sheikh Salman said.
The latest military and commercial aircraft, private jets for businesspeople, air ambulances and helicopters are displayed, in addition to equipment related to aviation, engines, navigation and the requirements of civil and military airports. “On the sidelines of the exhibition, several workshops will be held on the latest technologies in the world of aviation,” he added.
Sheikh Salman praised the patronage of HH the Amir Sheikh Sabah Al-Ahmad Al-Jaber Al-Sabah for this important event, which confirms the interest of the Amir in the development of the civil and military aviation industry in the region in particular and in the world in general. He appreciated governmental efforts over the past 10 months in preparing for this event, including the ministries of interior, defence, finance, information and health, in addition to the Municipality, Kuwait Fire Service Directorate, General Administration of Customs, Kuwaiti Direct Investment Promotion Authority and Kuwait Oil Company.
The launch of the aviation show witnessed a performance by military and civil aircraft that was admired by the audience. Around 37 countries, 200 companies and more than 70 commercial and military aircraft are participating in the show that will continue till Jan 18, with more than 60,000 visitors expected to attend.
Kuwaiti air force, the Saudi Hawks team, the Emirati cavalry team, Eurofighter Typhoon, Italian air force flight (test wing), C-27J and the US and British air forces, in addition to Qatar’s Skydive team performed shows that drew applause from the attendees. The first aviation show was held in Jan 2018 with 14 local and international companies displaying more than 60 aircraft participated in it.