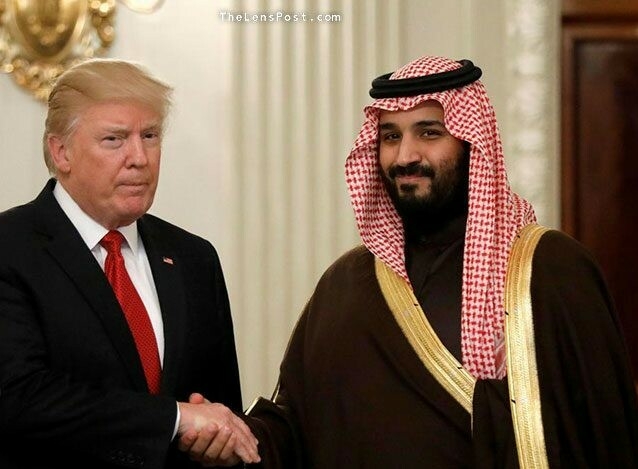 When CSG opted to shift its regional headquarters this year from Dubai to Riyadh, it marked an early win for the Kingdom of Saudi Arabia and proved a surprisingly easy move for the U.S. technology firm. Their new office was up and running in just two months.

CSG is among several foreign companies that agreed earlier this year to set up regional offices in Saudi Arabia rather than overseeing operations remotely from Dubai, the buzzing commercial hub in neighbouring United Arab Emirates.

In mid-February, a Saudi ultimatum prompted some firms to rethink their operations strategy. From 2024, companies seeking state contracts in the Middle East’s largest economy must have offices in the Kingdom.

Alongside this blunt approach, the government launched sweeping economic and social reforms to attract investors, aiming to make the Kingdom an easier place to live and work in, and cutting the red tape that long deterred them.

James Kirby, who heads CSG’s Europe, Middle East and Africa operations in London, told Reuters, ‘The serious weight that the Saudi government is putting behind their initiatives – backing that up with real action – is really very encouraging.

I would expect that other companies would follow suit.’

Dubai may still rule as the region’s business centre as a global city with one of the world’s busiest airports – at least pre-pandemic – alongside fancy hotels and restaurants.

However, Saudi Arabia is playing an aggressive game of catch up. In early February, the state news agency SPA said that 24 international firms had signed agreements to establish main regional offices in Riyadh, the capital of the world’s biggest oil exporter.

In response to Reuters’ requests for comment, Bechtel confirmed they had set up regional headquarters in Saudi Arabia. PwC said it had a regional consulting office in Riyadh, and Deloitte said it was ready to act as a “strategic partner” to help Saudi Arabia achieve its goals. Bosch said it was exploring business opportunities in the Kingdom.

Under economic changes pushed by the Kingdom’s de facto ruler, Crown Prince Mohammed bin Salman, Saudi Arabia has jumped 30 places since 2019 in the World Bank’s ease of doing business rankings. It now ranks at 62, although that lags the UAE at 16.

Saudi Investment Minister Khalid al-Falih responded to Reuters’ email, ‘We have made significant progress in recent years in key reforms – introducing 100% foreign ownership across a number of sectors as well as a number of other reforms.’

The Royal Commission for Riyadh City has told Saudi media it planned to attract 500 foreign companies by 2030.

To help achieve this, Saudi Arabia has unveiled a raft of initiatives. Its sovereign wealth fund aims to launch a new airline to compete with Gulf carriers, and new hotels are planned. Riyadh is working on building a metro system, while some social restrictions, such as a ban on cinemas, have been eased.

But there are many gaps still to fill if it is to rival Dubai. Not least, Riyadh needs more international schools to attract skilled expatriates and their families, executives say.

Ali Al-Salim, co-founder of Dubai-based Arkan Partners, an alternative investments consulting firm, noted the two countries’ paths might be different. ‘Dubai wasn’t built in a day, and its path was relatively organic. Saudi Arabia is looking to achieve its objectives at an unprecedented pace, but is this a case of more haste, less speed?’

Pause for Thought in Regional Context

Investors have other worries too. Saudi Arabia has faced a barrage of Western criticism over its rights record, notably the 2018 murder of Jamal Khashoggi by Saudi agents in the Kingdom’s consulate in Turkey.

An anti-corruption drive in 2017 saw Saudi princes, former ministers and business executives locked up, some for weeks or months, in a hotel-turned-detention centre.

For Saudi Arabia, which built its wealth on vast oil reserves, the need to attract investors and diversify is increasingly pressing as the world seeks to reduce its reliance on fossil fuels.

Yet giving foreign firms an ultimatum to set up in the Kingdom might hinder rather than help its cause, said Jim Krane, research fellow at Rice University’s Baker Institute in Houston, saying it ‘smacks a bit of desperation and arbitrariness.’

‘That’s one of the things that’s probably going to give corporations and their executives a bit of a pause before moving ahead,’ he observed.

Dubai, which snatched the regional crown from nearby Bahrain in the 1990s, has already shown it is ready to fight to keep its title. Dubai’s ruler has announced a five-year plan to increase air and shipping routes by 50% and more than double tourism and hotel capacity over the next two decades.

The race to attract businesses does not necessarily mean a binary choice of Riyadh or Dubai, as CSG has shown. The Nasdaq-listed firm may be shifting its regional operations to Riyadh, but it has no plans to shut its Dubai office.

‘I don’t personally see companies winding up their operations in Dubai and just moving to Saudi,’ said Daniel Bateman at AstroLabs, which helps firms set up Saudi offices.

‘I can see a two-pronged attack on the Middle East … where you have a strong presence in both the UAE and Saudi’, he added.

Kuwaiti investments in the UK, a briefing of a long economic history

“More than just a cup of coffee or a piece of chocolate” – The International Coffee & Chocolate Expo!