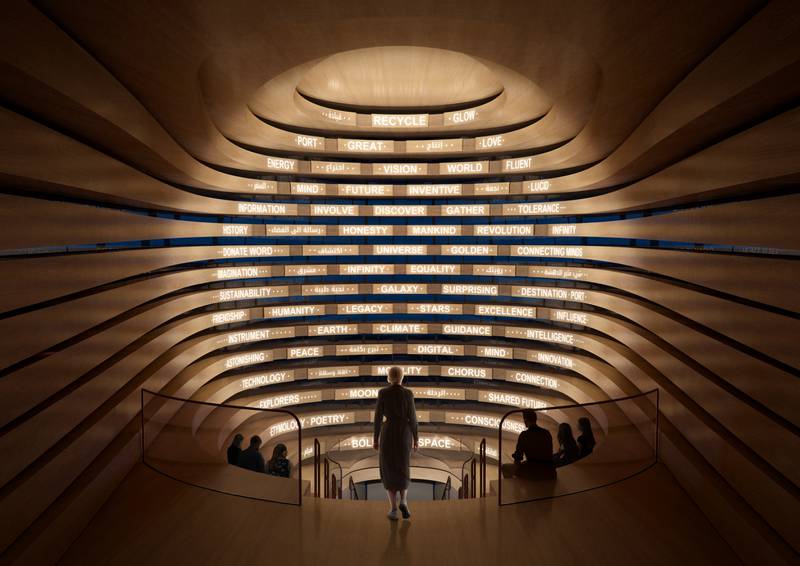 With just four weeks to go until Expo 2020 Dubai begins, Laura Faulkner, UK commissioner general and director at the event, is hopeful it will go ahead unscathed by the Covid-19 pandemic.

The general mood is “full of hope”, Ms Faulkner tells The National, “because the event is a celebration of human ingenuity”.

“The whole world has been struggling and this will be the first time that we have all come together for a very long time,” says Ms Faulkner.

She is also upbeat about how the UK Pavilion and the wider Expo will elevate Britain’s post-Brexit profile on the world stage by accelerating “bilateral and multilateral conversations”.

“The UK’s position is clear: our intention to create new or develop the existing relationships with other nations is absolutely central to the core function of our government at this time,” says Ms Faulkner, who has been overseeing the project for three years.

“And pretty much every single one of the partners with whom we wish to develop our relationships are also going to be at the Expo. Where else would we be than with the rest of the world when they’re in one place, and what else would be talking about, except for our economic and sustained future.”

More than 190 nations will unite on October 1 when the Dubai Expo goes live – a year later than planned due to the pandemic – with 70 per cent of the visitors expected to jet in from across the globe.

Included in that tally will be British tourists keen to see the UK pavilion, which has been built under the theme Innovating for a Shared Future, with the site set to promote the UK as a global hub of innovation and a world leading destination for trade, investment, education and tourism. 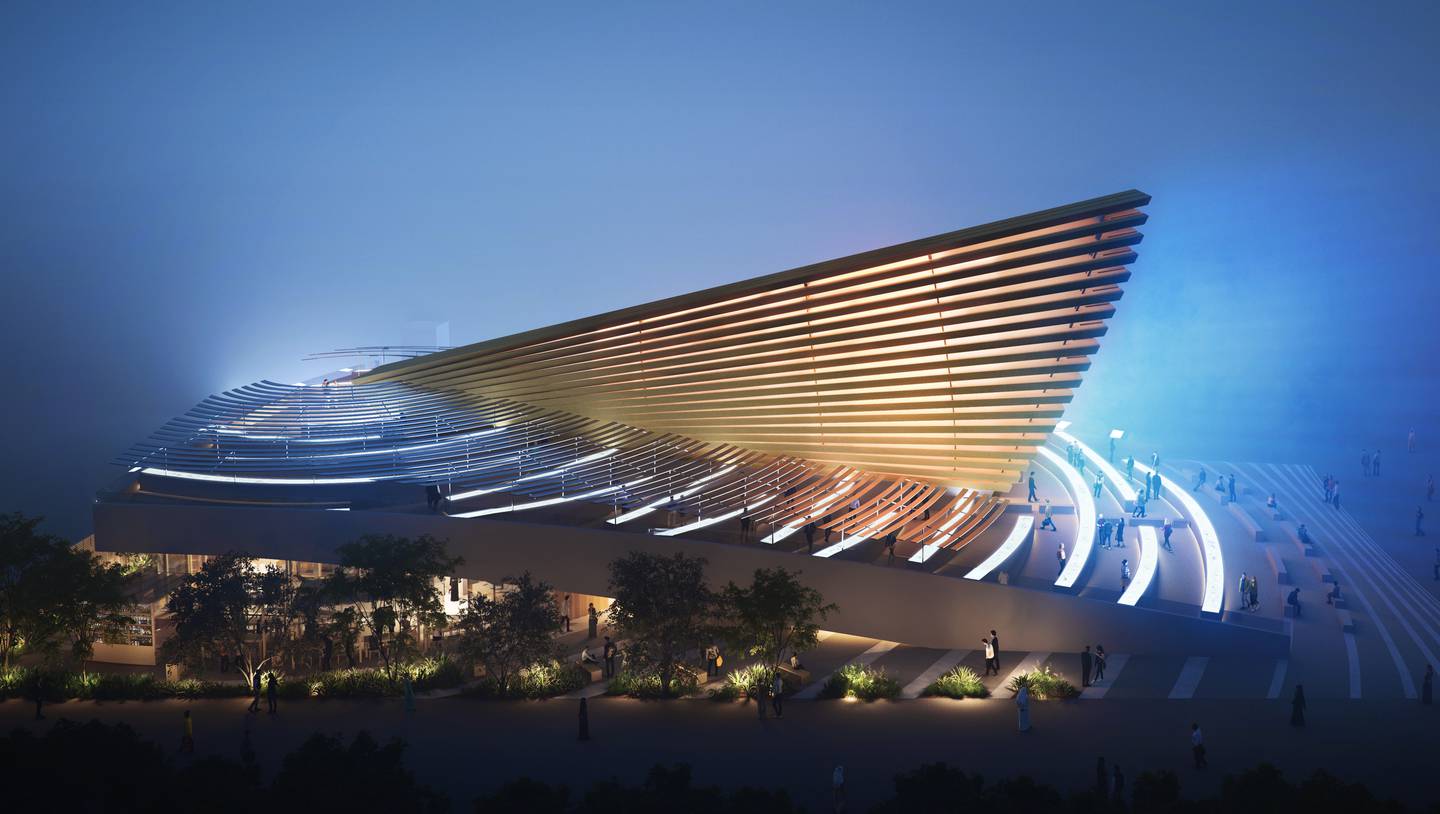 The UK Pavilion is set to deliver substantial economic benefit to the UK economy. Photo: Department for International Trade

Led by the Department for International Trade, the UK’s total economic spend on the pavilion is £44 million ($60.52m), says Ms Faulkner, with construction making up a large chunk of that bill.

About 25 per cent of that headline figure comes from sponsors, while people hiring the pavilion are also contributors, she says.

While it is too early to measure the economic benefit for the UK from its presence at the Expo, Ms Faulkner says UK businesses engaged in the event have generated £1.2 billion worth of contracts.

This figure represents the amount raised from supplying to the Expo host nation, with the UK still compiling data on British companies behind the supply chain of other nations.

“If you put the £44m into the context of what has already been achieved – it gives you another angle on why these things are important,” says Ms Faulkner, who heads up a team of six senior leadership personnel for the UK site in Dubai.

Understanding why a British pavilion at an Expo site is valuable is easy to understand for Ms Faulkner.

She was director of the UK government’s Business Programme during the London 2012 Summer Olympics, helping to deliver more than £14bn in economic benefit for the UK economy, before creating and directing the Grown in Britain Global Business Programme for Milan Expo 2015.

The UK Pavilion at the Milan Expo 2015 welcomed 3.3 million visitors, making it among the top paid British attractions worldwide that year and securing an economic boost worth £1bn for the UK.

Expo 2020 event has even more significance; not only is it the biggest Expo, it is also the first to be held in the Middle East, Africa and South Asia region and the largest event ever in the Arab world.

Add in the fact that post-Brexit Britain is looking to attract more international investment and build closer trade ties with the UAE and wider GCC region, as well as the rest of globe, and the importance is clear to see.

“It comes at the perfect moment in our timeline,“ says Ms Faulkner.

In May, the British government laid out its ambition to expand its post-Brexit free trade portfolio, with a speech delivered in parliament by Queen Elizabeth II outlining the country’s bid to “deepen trade ties in the Gulf, Africa and the Indo-Pacific”.

The UK is in “advanced conversations with the whole world – not just with the UAE, although they are incredibly important”, says Ms Faulkner.

“Those plans are ongoing, the Expo 2020 is an acceleration point and a boost but the very real work and the lasting and lifelong partnerships and economic impact and boost are already here. And we are in support of those,” she says.

But with so many influential delegates set to fly in for the event, including “quite a few members” of the UK government who will visit to engage “with all of the nations on this site”, there will undoubtedly be some key discussions taking place over the six-month period.

“100 per cent,” says Ms Faulkner. “It is the largest event on earth and therefore business will be done in those environments.”

“You’re going to have a very large amount of government-to-government conversation happening on the Expo site. In those environments where you have business, culture, science, tourism, education and thought leaders all coming together, deals are done because the convening power of something at this scale over the six month period is unparalleled,” she says. 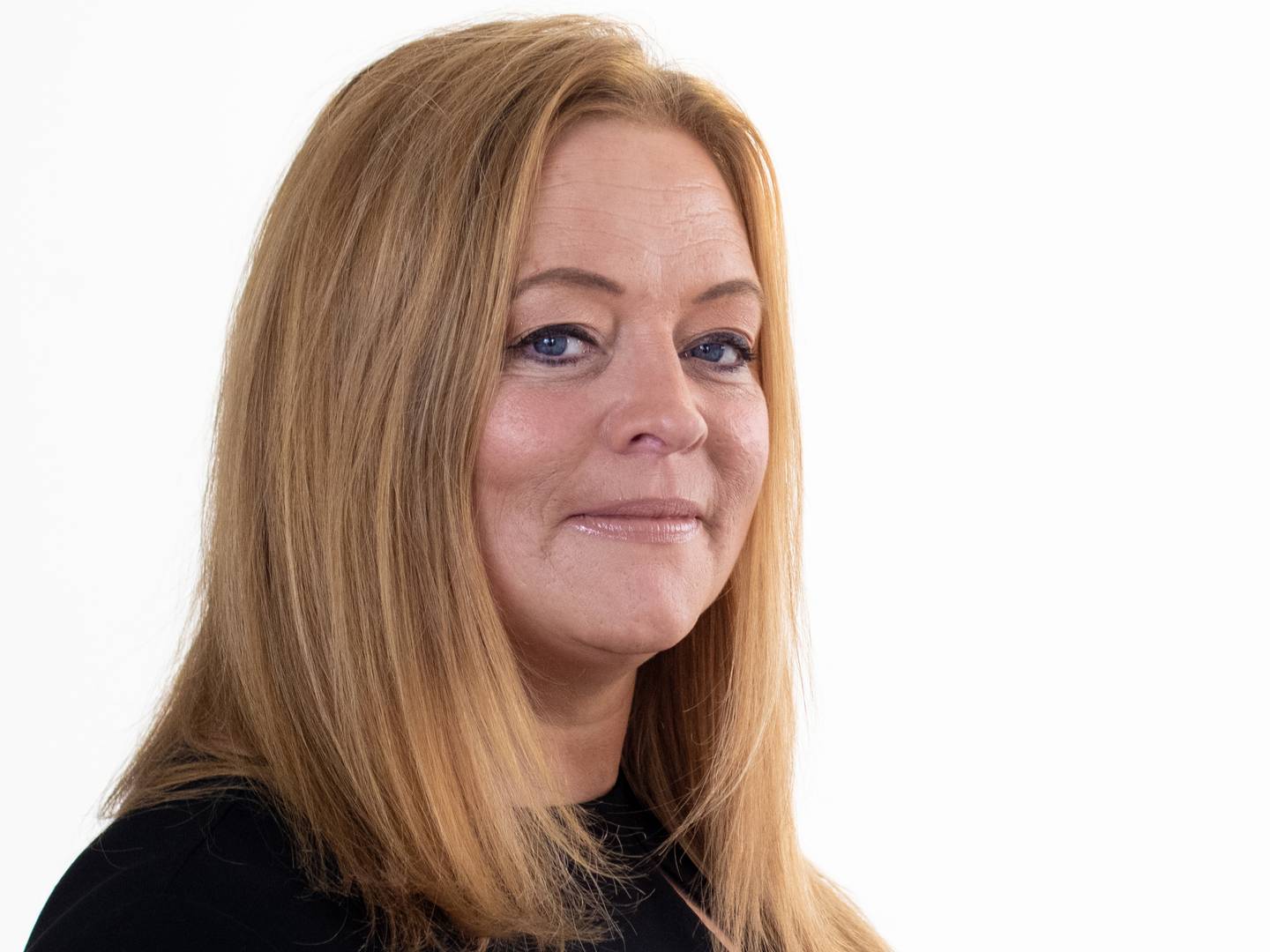 One sector that requires some love during the Expo is UK tourism, an industry that has been hit hard because of strict travel restrictions designed to curb the spread of Covid-19.

The UK government’s traffic light system, which awards countries red, amber or green status depending on their Covid-19 risk, has caused endless uncertainty for those looking to travel out of the country and into it.

With Gulf nations now back on the amber list, which allows double-vaccinated travellers to enter the country without isolating, international tourism is set to receive a boost, but the Expo has a key role to play too.

“We are a tool to boost tourism,” Ms Faulkner says. “Destination marketing will always be a part of an expo. Nothing sells the UK as a tourism destination than the visual so we will be storytelling of some of the new aspects to the UK’s personality.”

One destination top of their list is Birmingham, which is set to host the Commonwealth Games in July.

“We are working hand in glove with the organisers,” says Ms Faulkner.

“But whether it be the Games of Thrones experience or the Titanic Dock in Belfast, be it the Angel of the North, the Lake District, aspects of Scotland, aspects of Northern Ireland – be it Cardiff Bay – every part of the UK is part of this project.”

The performative structure features an illuminated “message to space” made up of AI-generated poems, which scroll across the 20-metre high façade.

The experience starts as visitors enter the building from below the cone through an illuminated Maze of Aspiration.

Featuring augmented reality-enhanced exhibitions, the maze is designed to entertain and educate visitors about Britain’s advances in AI and space technology.

Inside the pavilion, the Choral Space features a collective choral soundtrack, featuring voices from across the UK, including gospel choirs, children and members of the Expo team.

The entire concept was inspired by physicist Stephen Hawking’s final project before his death in 2018, called Breakthrough Message, which invited people across the globe to create a common language that would represent humanity if we ever encounter other advanced civilisations.

“Having seen the maze of inspiration and how it makes you feel, you get your chance to donate a single word into the algorithm and it creates poetry from your word,” says Ms Faulkner.

“I’s a contemplative space where you get to interact with the building. The most popular image of the building is when you move outside as the front is where the finished poetry ticker tapes across the front of that cone.”