King Abdulaziz Camel Festival in its sixth edition encompasses about 33,000 camel owners from different countries on 32 km (2 km) in the Southern Sayahid 140 km northeast of Riyadh. The festival gathers senior owners from the Kingdom, the Gulf States, Arab countries and some participants from around the world.

The owners compete for major financial awards outweighing a quarter of SR 1 billion.

For the first time, the festival will feature a section dedicated to women. 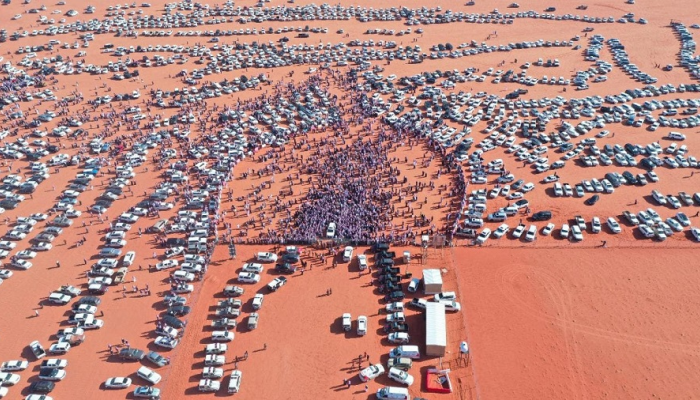 In the first two days of its launch, the festival witnessed competitions between owners of various colours in a large public demonstration of camel lovers and lovers of heritage. The festival also includes entertainment and cultural shows that will take it to the ranks of the largest tourism festivals. It is expected that the number of visitors to the festival from around the world will exceed 100,000 visitors per day.

The festival is the largest gathering of camels around the world.