The UK and the Gulf Countries: an investment alliance worth billions of dollars 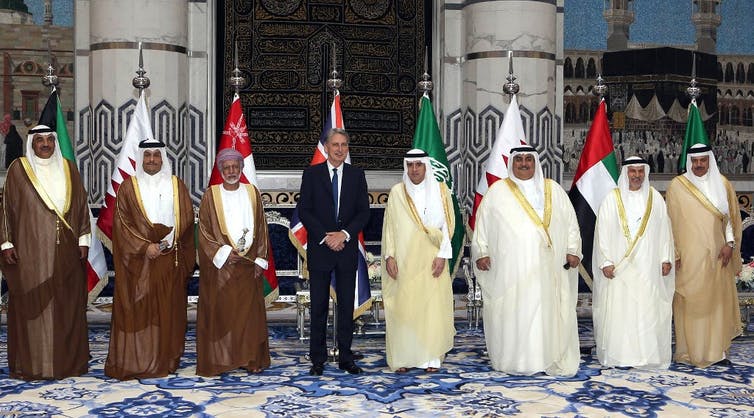 The economic relations between the UK and the GCC countries are witnessing remarkable prosperity. The United Kingdom pumped billions of dollars in investments in the Gulf market as part of its adopted policy of economic openness after Brexit in December of the year 2020.

Currently, The UK can be classified as one of the largest foreign investors in the markets of the Gulf countries, as its investments in the UAE, Saudi Arabia and the Sultanate of Oman amounted to more than 53 billion dollars.

The trade exchange between the two sides is also witnessing a significant recovery. The value of mutual trade exceeded 57 billion dollars in 2020, including 29 billion dollars as British exports to the GCC countries.

In October 2021, the UK and the six Gulf countries officially launched negotiations on a free trade agreement, like London, since its withdrawal from the European Union, has been seeking to strengthen its trade relations outside the European Union.

Last month, British Investment Minister Gerry Grimstone said in a press statement that the United Kingdom may reach a free trade agreement with the Gulf countries within 12 months, i.e. at the end of the following year, 2022.

According to official UAE data, the UAE is Britain’s most significant economic partner in the Gulf Countries, with total trade between the two countries amounting to 17.5 billion pounds (about $23 billion).

The United Kingdom is the third-largest European trading partner of the UAE in non-oil goods after Switzerland and Germany. In addition, it is the 11th globally in terms of the value of foreign trade. It accounts for 2.4% of the total non-oil foreign trade of the UAE with the world, according to data issued by the UAE Ministry of Economy.

The UK is also the sixth-largest exporter to the UAE globally, providing 2.8% of the country’s total imports from the world.

It ranks 25th in the world among countries importing from the UAE, with 1% of the total UAE non-oil exports.

The UAE is also the first Arab trading partner for the United Kingdom, and the Gulf country accounts for 32% of Britain’s total foreign trade with Arab countries combined. 41% of its exports are meant for Arab countries, according to figures issued by the British Statistical Office.

In terms of investment, the UK is ranked first as the largest foreign investor in the UAE market, with a value of $20.5 billion.

Over the past six years, the UK alone has accounted for 20% of the total investment inflows to the UAE.

As for Saudi Arabia, its economic relations with the UK are witnessing rapid development in terms of trade exchange and investments between the two countries.

According to the British Statistics Office data, the average volume of trade exchange between the two countries is $6 billion annually.

Last August, Saudi Investment Minister Khalid bin Abdulaziz Al-Falih said, in press statements, on the sidelines of his visit to London, that there are more than 600 British companies operating in Saudi Arabia.

He explained that his visit aimed at strengthening the base of close and growing mutual economic and investment relations within the existing strategic partnership between the two countries, in line with the objectives of the Kingdom’s Vision 2030.

The UK considers Qatar an important partner on the economic level due to their large investment relations.

The volume of annual trade exchange between Qatar and the United Kingdom is distributed to the goods and services sector, including exports and imports. Britain’s exports to Qatar are 3.3 billion pounds ($4.3 billion).

“Shell”, with an estimated size of $168 billion, is the most significant British investment in Qatar, having invested billions over the years.

On December 16, 2021, a British website revealed that the Bromley Administrative District Council in the British capital, London, invested its vast financial reserves in international central banks, including Kuwait and Qatar.

“MyLondon” website said: “The council is investing 60 million pounds (about $80 million) in Middle Eastern banks, including banks in Kuwait and Qatar.”

More than 150 British companies operate in Kuwait, while the volume of trade exchange between the two countries is about $5.3 billion.

In previous press statements, the British ambassador to Kuwait, Michael Davenport, whose mission ended last March, said that the volume of British exports to Kuwait is estimated at 2.5 billion pounds ($3.3 billion) annually.

He pointed out that the volume of Kuwait’s exports to Britain is estimated at 1.5 billion pounds (two billion dollars) annually.

The British ambassador stated that the volume of joint investments between the two countries is estimated at 4 billion pounds ($5.3 billion)

The British “Daily Maverick” website estimated that the volume of Kuwaiti investments in the United Kingdom amounted to more than 17 billion pounds ($22.6 billion).

The British ambassador to Kuwait had said in previous statements: “The volume of joint investments with Kuwait is constantly rising, and the British investors have always expressed their desire to invest in the Kuwaiti market.”.

He added: “There is a large and diverse segment of British investments in Kuwait, in various fields and sectors, such as services, banking, financial and advisory services, in addition to project management, engineering, infrastructure projects and architecture.”

He continued, “The historical relations that bring together the two countries were and still are the main factor in the consolidation of diplomatic and economic relations between Kuwait and Britain.”

The Kingdom of Bahrain has exceptional economic relations with the UK, with a history of more than 200 years. The volume of bilateral trade between the two sides amounts to about 1.1 billion pounds ($1.4 billion) annually.

The total British investments in Bahrain amount to about $550 million until the end of 2020, according to the Bahraini newspaper, Al-Ayyam.

During a meeting between the Bahraini Minister of Industry, Commerce and Tourism, Zayed bin Rashid Al Zayani, and the British Minister of International Trade, Ranil Jayawardena, last March, on the sidelines of the latter’s visit to Manama, the Bahraini minister stressed the size of the economic relations that are witnessing a steady growth between the two countries.

The Sultanate of Oman

The Sultanate of Oman ranks Britain as one of the most invested countries. According to official Omani data, the United Kingdom has investments in the Sultanate estimated at 7.92 billion Omani riyals (approximately 20.5 billion US dollars).

According to data from the Omani National Center for Statistics and Information, foreign direct investments from the United Kingdom in the Sultanate of Oman amounted to nearly half of foreign investment in the Sultanate, or about 15.65 billion riyals ($40.6 billion).

According to the same source, the total trade exchange between the Sultanate of Oman and Britain is about 2.8 billion pounds ($3.7 billion).

Related Topics:arabiskGCCinvestments in the UK
Up Next