London's King's College Hospital to open its doors in Jeddah 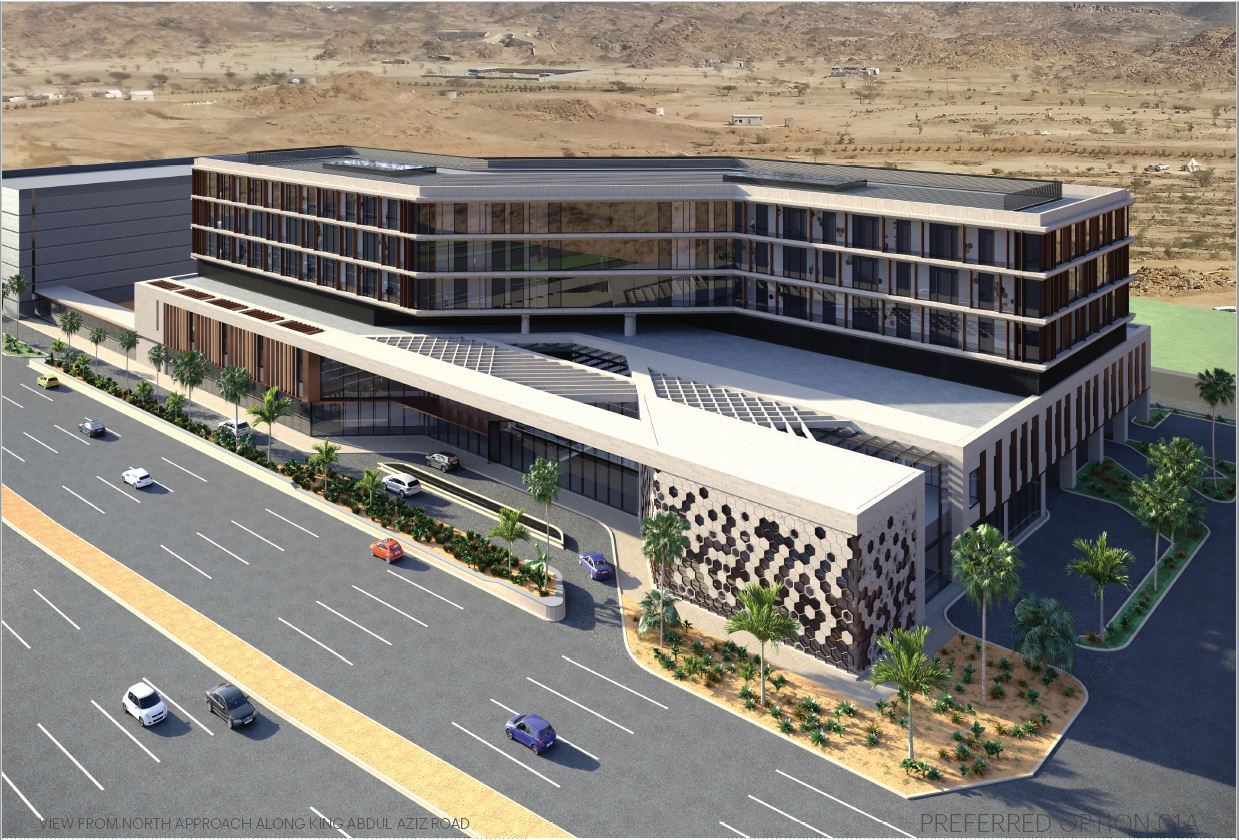 In Saudi Arabia, Jeddah will become the headquarters of the World Multidisciplinary Hospital, which will have 150 beds, which will be integrated with the facilities of King’s College Hospital in London.

Building on the success of King’s College Hospital Dubai, which in a short period of time has become one of the best hospitals in UAE, Ashmore Group, a specialist emerging markets investment manager, in partnership with King’s College Hospital London and Saudi Bugshan Group, is pleased to announce the start of construction of King’s College Hospital Jeddah (“KCHJ”). The hospital is scheduled to open its doors to patients in the second half of 2023, and this is expected to be the first of many similar projects providing Ashmore and King’s the platform for further growth in KSA.

KCHJ will be the country’s first truly integrated hospital bringing the full benefits of King’s College Hospital London to KSA and playing its role in achieving the Kingdom’s 2030 vision in the healthcare sector. The London-based tertiary hospital is part of the world-leading UK National Health Service, with a 180-year history of successfully caring for patients with complex conditions. King’s is also one of the largest teaching hospitals in the UK. The hospital’s 13,000+ staff in London treat over one million patients every year.

Scheduled to open in 2023, the state-of-the-art King’s College Hospital Jeddah, located on King Abdulaziz Road, will cover an area of over 32000 square meters, with a capacity of 150 beds in the first phase. The hospital will be staffed with over 1000 leading healthcare professionals, sourced from London, KSA and the wider region, delivering care in line with the tested clinical pathways of King’s College Hospital London.

Clinical innovation and smart technologies will be a prominent feature at the hospital, with 40 medical and surgical specialities and four Centres of Excellence in the following Institutes: Women’s Health, Metabolic Diseases & Bariatric Surgery, Orthopaedics and Heart & Vascular. The patient-centred care model, staffing and services will all be fully integrated with King’s College Hospital London, designed to address a range of complex and critical care requirements unique to the residents and communities of the Kingdom of Saudi Arabia.

Ahsan Ali, Head of Healthcare Private Equity at Ashmore, commented: “We stand true to our ambition and commitment to bringing the best of British healthcare to the region in partnership with King’s College Hospital London. Following the success of King’s hospital and clinics in Dubai, entering Saudi Arabia marks a new chapter for King’s and Ashmore, with the first project being a landmark hospital in Jeddah. We expect to follow this with the establishment of similar King’s branded facilities, including specialized centres, in other parts of the Kingdom.”

The London and Jeddah hospitals will share knowledge from established King’s research centres in the UK. Utilizing King’s world-leading expertise in healthcare will ensure the very best quality of evidence-based care is accessible to patients in Jeddah, will encourage further collaborations between physicians in both countries, and enable seamless patient journeys between the Jeddah and London hospitals, reducing the need for patients to travel to the UK.

Sir Hugh Taylor, Chairman of King’s College Hospital, London, said, “We are delighted that King’s, in partnership with Ashmore, is expanding its footprint to Saudi Arabia, following on from the success of our hospital and clinics in the UAE. King’s College Hospital has a long history of providing outstanding patient care in London, and as part of our “Strong roots, Global reach” strategy, we remain committed to delivering outstanding care for patients in Saudi Arabia.”

Mark Coombs, Chief Executive Officer of Ashmore Group plc, added, “Ashmore Group remains committed to supporting KSA’s continued development across multiple areas. We have been active in KSA over the last two decades and were the first international fund manager to establish local operations1 with a dedicated team in Riyadh, and we are now excited about playing our role in the development of KSA’s healthcare sector by bringing King’s to the country.”

UK Government’s Department for International Trade (DIT) has been supporting Ashmore and King’s College Hospital with this project in Jeddah and added, “The proposed Jeddah development will greatly benefit from having an NHS partner – King’s College Hospital – which will support the Kingdom’s Healthcare transformation and allow for valuable expertise and knowledge transfer to help shape the healthcare provision. This will be the first hospital in The Kingdom to partner with the National Health Service”.