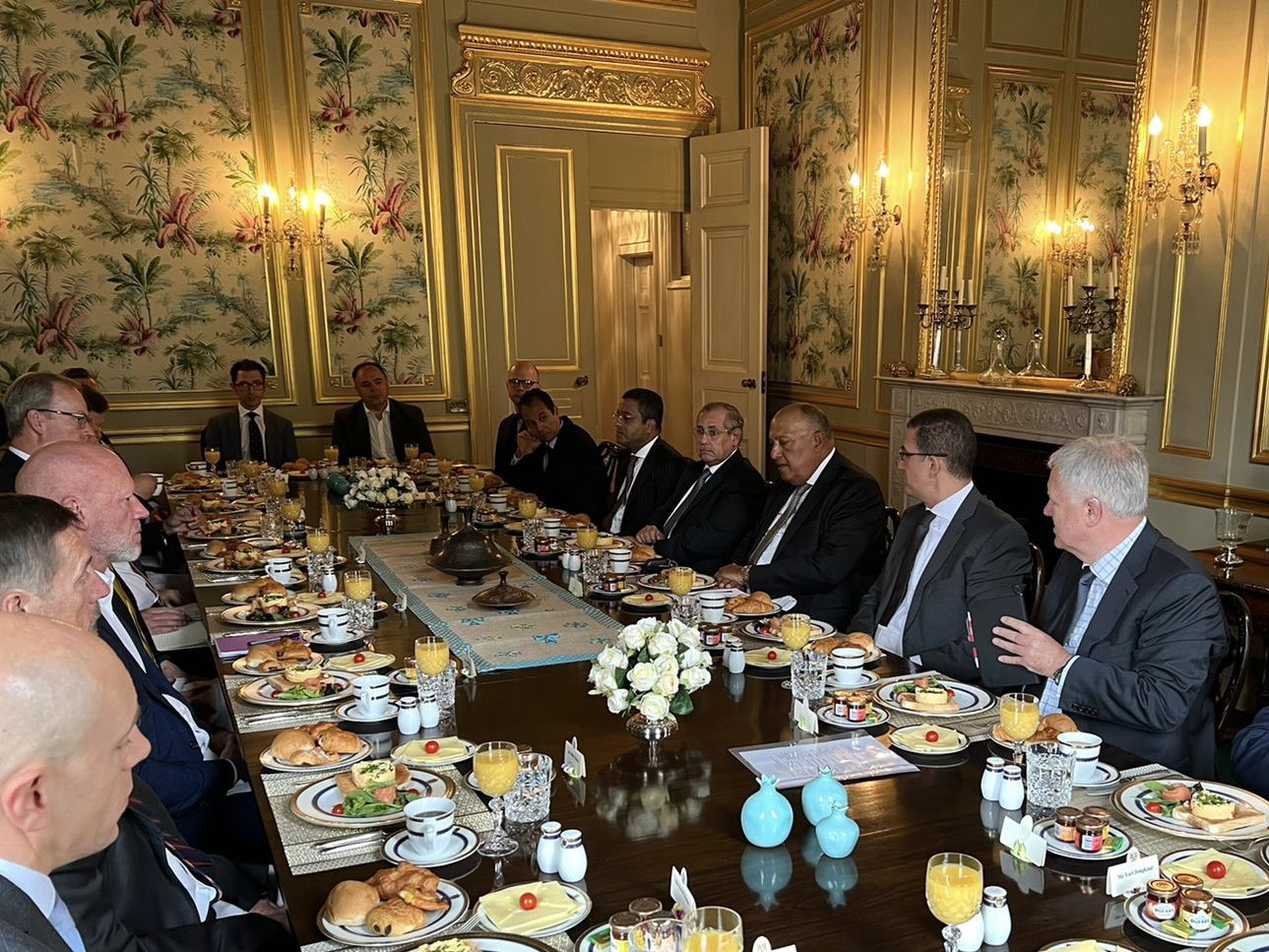 With the purpose of reinforcing the British investments in Egypt, Foreign Minister Sameh Shoukry visited London and met representatives of the business community and financial institutions in Britain to inaugurate the first participation council between the two countries.
The Egyptian Minister reviewed his Government’s steps for restructuring the Egyptian economy, mainly by attracting more foreign investment and providing many opportunities for private sector companies to enter various economic sectors, and looked forward to boosting British investment in Egypt in general and in the green economy in particular.
The spokesperson concluded his remarks by referring to Egypt’s upcoming hosting and chairmanship of the 27th session of the Conference of the Parties of the United Nations Framework Convention on Climate Change,COP27, Sharm el-Sheikh, next November. COP27 considered ways of supporting the United Kingdom’s business community and financial institutions in the efforts of the Egyptian presidency of the Conference of the Parties. This is to bring about the much-anticipated results of the Conference to enhance the functioning of the international climate at various levels, particularly with regard to financing environmentally friendly projects and promoting investments in combating climate change and the transition towards a green economy.
British investment in Egypt is estimated at £ 50 billion, as well as the presence of more than 2,000 British companies investing within Egyptian territory, according to the British ambassador to Egypt, Gareth Bailey.
Bailey stressed that what matters to the British investor in Egypt is the ease of entry into the Egyptian market, especially in the light of the measures taken by the Egyptian Government to encourage investment and improve its climate through the simplification of customs procedures and the mechanism of entry of Egypt’s foreign products and companies through the digitization process.

Related Topics:arabiskBritish investments in Egypt
Up Next