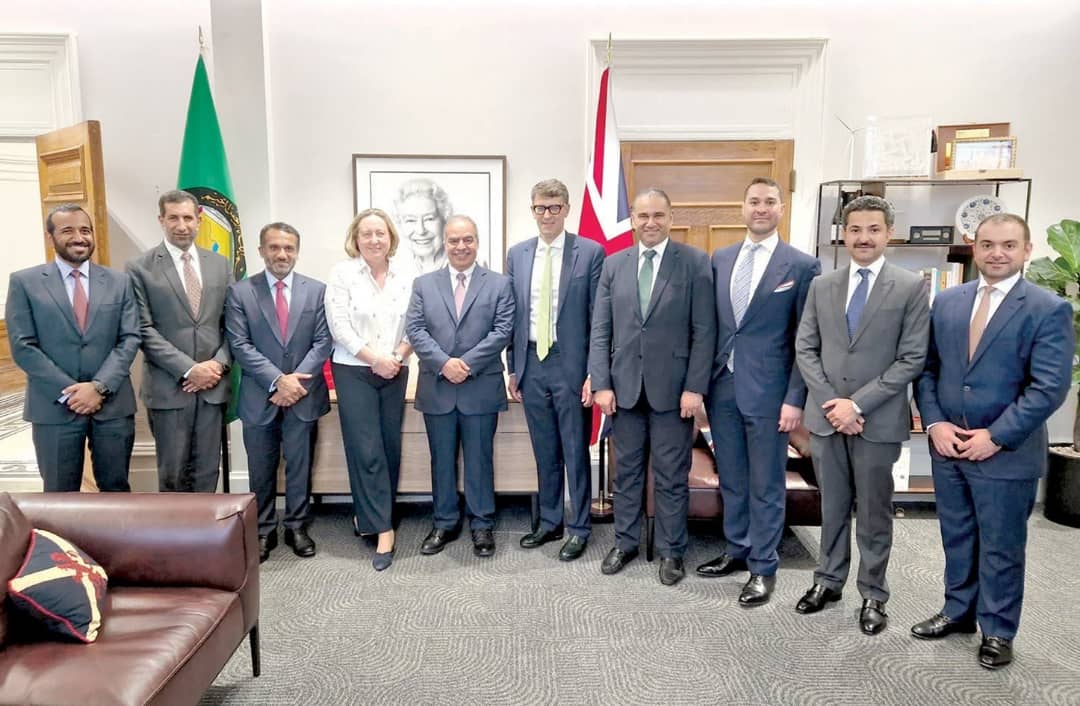 The meeting was devoted to free trade negotiations between the two sides, in the presence of Tom Wintel, the United Kingdom’s chief negotiator, and a number of senior officials.

The meeting discussed the latest developments and negotiations on the GCC-United Kingdom free trade agreement and expected economic gains for both sides in terms of stimulating intra-trade and investment and supporting SMEs and joint cooperation and exchange of experiences in the areas of digital transformation, artificial intelligence, education, financial services, renewable energy and other advantages as to contribute to strengthening the historical cooperation and economic partnership between the two sides.

Ambassadors of the Gulf Cooperation Council and the United Kingdom’s Foreign Trade Minister witnessed the display of British military music, which dates back to the 17th century and takes place once every two years.

Exchanges between the two sides fell significantly in 2020 due to the coronavirus pandemic and the global lockdown, with Gulf exports to the United Kingdom falling 44% and British exports falling 16.3%.

As for services, including financial services, tourism and cultural exchange, the United Kingdom exported about $14 billion to the Gulf States and imported $6.1 billion worth of services from the Gulf region.

The 3 Gulf countries lead trade with the UK compared to the rest of the GCC, namely Qatar, the UAE and Saudi Arabia.

Hussam Taha and Nasser Al-Muharrami: This is a path of excellence in the field of law and legal practice in the UAE