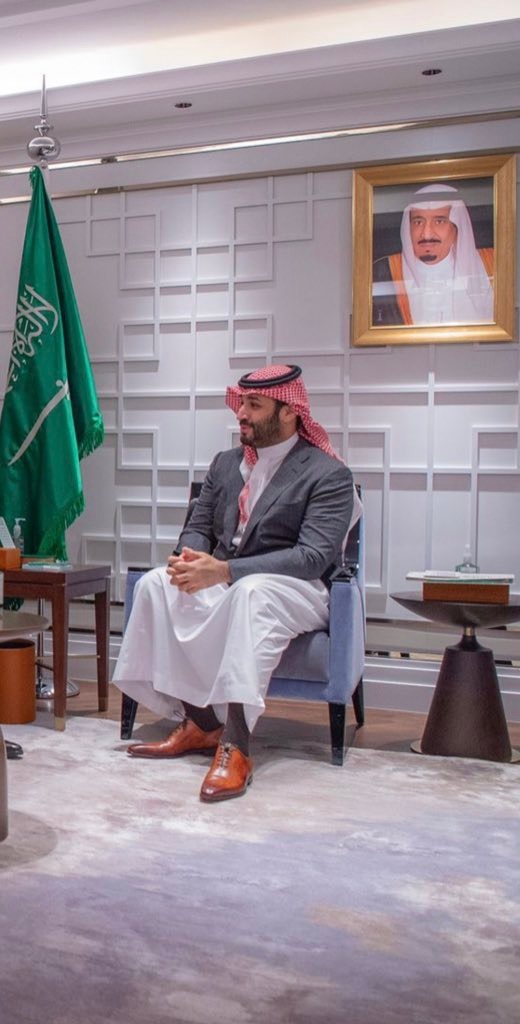 A cohort of fashion lovers on Twitter have gone wild over a pair of dark brown Oxfords worn by Saudi Crown Prince Mohammed bin Salman this week.

The shoes, called Hallam, are from British footwear label Crockett & Jones and retail at about $560.

“Always elegant,” one user tweeted, while another asked for the price of the shoes. Other Twitter users were looking for cheaper alternatives to dress like the crown prince.

Fans are expecting the shoe model to be sold out in a couple of days. “Wait for two days, you will find it out of stock in shops and online,” tweeted a fan.

Others are expecting the brand to increase the price of the shoes after the crown prince wore them.

It was not just the crown prince’s footwear that sparked the fashion frenzy, but also his blazer, with fans commenting on the style.

“Tomorrow everyone in Riyadh will be wearing that jacket,” one user wrote.

It is not the first time that the Saudi crown prince has sparked a style storm online.

In 2021, he was photographed wearing a quilted gilet while chairing a board meeting of the Public Investment Fund.

In 2019, he attended the Formula E races in Riyadh wearing a navy-colored Barbour jacket worn over a crisp white thobe that immediately sent the internet into overdrive.

The outerwear item by British heritage brand Barbour sparked its own Arabic hashtag on Twitter — that translated to “Crown prince’s jacket” — with many taking to the social media platform to admire the look.