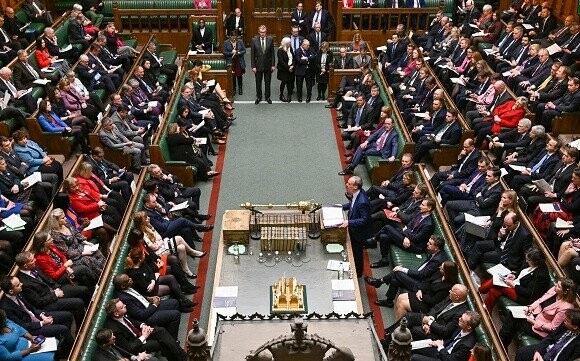 The House of Commons, the lower house of the British Parliament, commemorated the 60th anniversary of the establishment of diplomatic relations between Algeria and the United Kingdom, particularly during the last decades.

The government representative, the British Deputy Secretary of State for Foreign Affairs, Commonwealth and Development, David Ratley, stated that “the United Kingdom is a loyal friend of the Algerian people since its independence in 1962”.

Ratley added that the two countries “shared successes and difficult moments, but our diplomatic relations remained strong.” He also reaffirmed “his country’s approval of the solidarity shown recently by Algeria following the dispatch of the Prime Minister, Ayman bin Abdelrahman, to attend the memorial service of Queen Elizabeth II.”

He also added, “Our relations with Algeria have entered a phase of commitment, especially with regard to security issues.” Moreover, he said that “Algeria is among the most important actors in Africa and within the international community, as well as being a respected, reliable and committed multilateral security partner”, stressing that it “plays an important role in the region.”

In the field of trade, the same British official explained that Algerian exporters can benefit directly from the trade program launched by the British government. In addition to that he praised the occasion for Algeria’s issuance of a new law on investment aimed at improving the business climate in anticipation of international partnerships.

Ratley called for continued joint commitment to the UK-Algeria Trade Task Force in order to strengthen trade and investment relations.

On the other hand, Rately expressed his “satisfaction” with “Algeria’s interest in assuming a role within the UN Human Rights Council,” expressing his hope for “constructive bilateral cooperation in this field.”

As for the environmental field, the diplomat expressed his government’s desire to “move the partnership with Algeria forward, as Algeria has great potential in the field of solar energy.”

Related Topics:AlgeriaarabiskUnited kingdom
Up Next

SHAKESPEARE’S GLOBE AND TAMASHA ANNOUNCE CASTING FOR HAKAWATIS: WOMEN OF THE ARABIAN NIGHTS