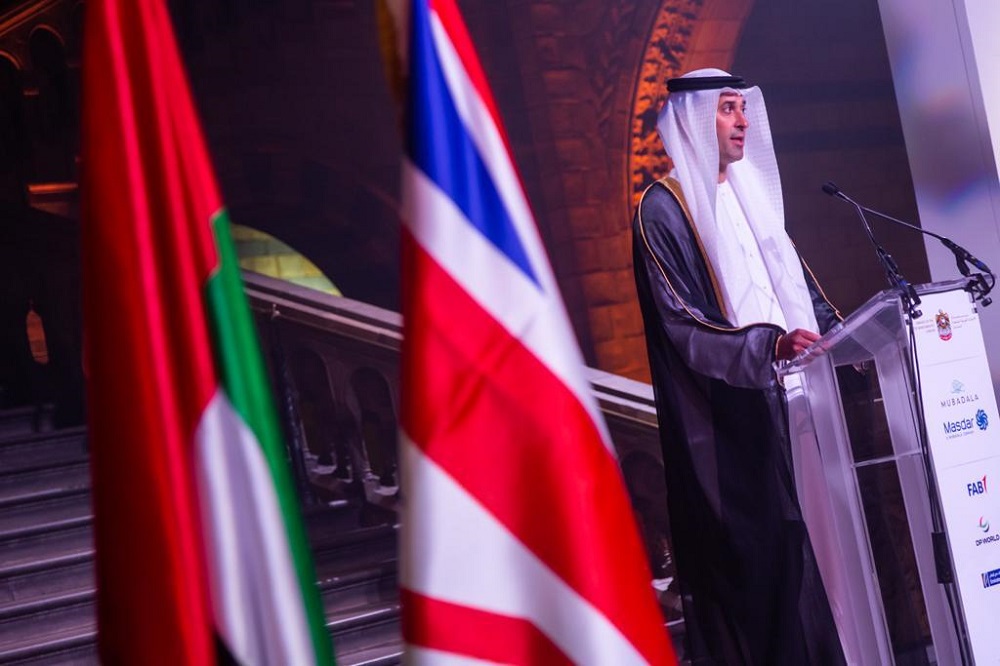 The ceremony was attended by the UK Secretary of State for the Middle East, North Africa, South Asia and the United Nations, Lord Ahmed of Wimbledon, along with a group of prominent political, cultural and diplomatic figures.

During the ceremony, the UAE’s achievements were highlighted, and they praised the deep friendship between the UAE and the United Kingdom since 1971.

For his part, Lord Ahmed of Wimbledon said: “The UAE has had a significant and clear impact on the world since its founding 51 years ago, for the tremendous and amazing economic development contributed to transforming it into an important commercial and investment centre.”

He added: “The UAE and the UK are working to build a ‘partnership for the future on solid foundations supported by the two countries’ agreements in the fields of defence and security and the important economic cooperation between them.”

The UK and the UAE have enjoyed decades of close ties built on a solid foundation of shared history, vision, attitudes and coherent purpose on local and global issues.

In recent years, relations have developed significantly in all areas of politics, economy, society and culture, contributing to a qualitative change in efforts to strengthen economic and investment cooperation.

UAE investment in the UK has grown steadily in recent years as the traditional equity and real estate sectors transition to large “quality” investments in the service sectors, including services, infrastructure and energy. Such investments are widely welcomed by UK officials and businessmen, who see their role as the culmination of the privileged relationship between the two countries.

According to another IBG Global report, the London real estate market accounted for about 60% of UAE foreign investment in the real estate sector at the end of 2011, after the British capital recorded more cohesion and recovery over the same period, followed by Malaysia’s capital Kuala Lumpur.

The number of British residents in the UAE is estimated at 100 thousand. The number of British companies operating in the country ranges from 4 to 5 thousand in all design, construction, consulting, energy, gas, commerce, engineering, aviation, technology and other activities. To take advantage of the country’s Favourable economic environment and strategic location, which makes it an ideal hub to access neighbouring markets, these companies can benefit from opportunities to grow their businesses.

Related Topics:arabiskUAEUnited kingdom
Up Next