Dubai’s $177 Billion Investment Chase to Lean on US, UK for Cash 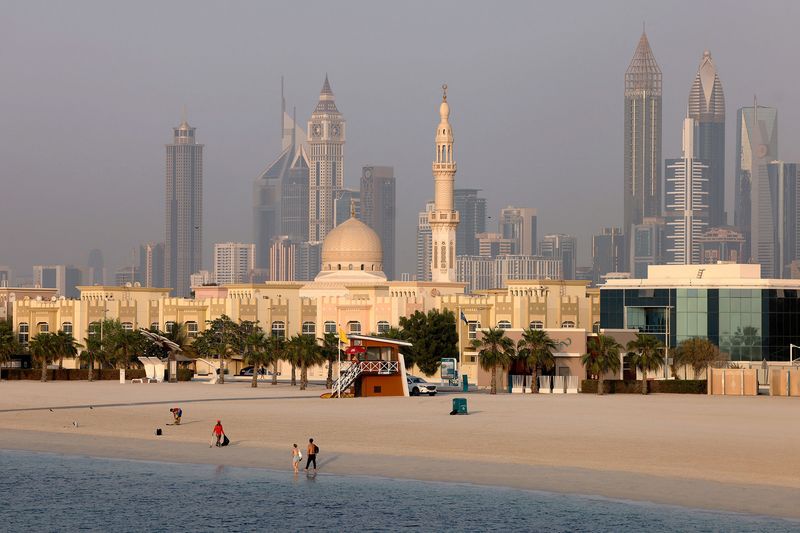 Dubai will seek capital mostly from the US and the UK, already its biggest sources of foreign direct investment, as it looks to expand trade and almost double funding from abroad over the coming decade.

The US and UK will be “the key markets,” Helal Al Marri, the head of Dubai’s Department of Economy and Tourism, said in an interview with Bloomberg Television on Friday. “In addition to that, we see bilateral agreements with over 200 countries really driving the trade.”

Dubai, one of the seven members of the United Arab Emirates, this week unveiled ambitions to achieve a cumulative increase of 650 billion dirhams ($177 billion) in FDI until 2033.

The latest official figures show the US and UK accounted for more than half of total FDI in the first half of 2022. China, India and Japan were the UAE’s biggest trade partners in 2021, according to data compiled by Bloomberg.

Dubai’s 32 trillion-dirham program, dubbed “D33,” set out plans that include a goal for foreign trade to reach 25.6 trillion dirhams for the next decade. The emirate also aims to become the third-largest tourism destination globally by 2033.

“Tourism continues to grow,” Al Marri said. “We have already hit 12.8 million tourists in November, we are already on a run rate to pre-Covid levels.”

The Middle East’s business hub has already been deepening trade routes and working to attract global firms as it faces growing competition from neighboring Riyadh. To keep its edge in the region, the UAE changed its work week to Monday-Friday a year ago, overhauled laws on cohabitation between unmarried couples and announced a corporate tax that is set to go into effect this year.

“The government announced last year that with corporate tax coming in midway through this year, there will be adjustment piloted and reviewed across all types of government fees,” said Al Marri. “You’re going to see that going on through the year.”

Amid speculation that the introduction of an income tax may follow the 9% corporate levy, officials have repeatedly said it wasn’t on the table, a view reiterated by Al Marri.

“The federal government has made it clear: corporate tax is where  we are focused,” he said.

For a Sustainable and Profitable Future, The Best Investment Sectors Within the Kingdom of Saudi Arabia