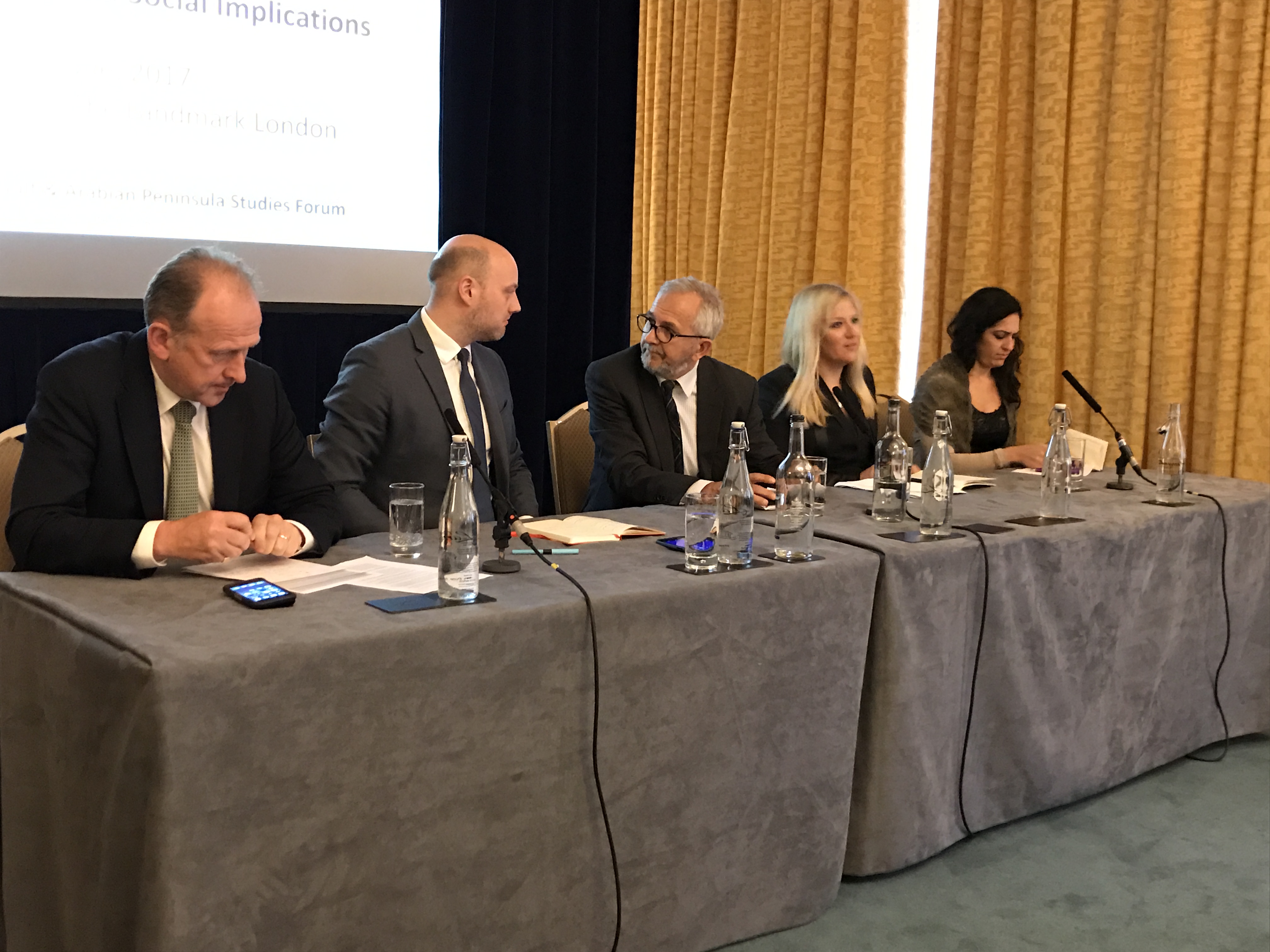 The summit was held in the Landmark hotel in London, and the workshop was divided into two sessions. The first panel session has discussed political and regional effects of the crisis, while the economic and social effects has discussed in the second one.

The speakers discussed the history of relations between the countries of the crisis explaining that the tensions between Saudi Arabia and Qatar are not new. In 1995, the Gulf States, led by Saudi Arabia, attempted to carry out a coup against Emir Hamad bin Khalifa and reinstate his father Sheikh Khalifa to the power.

In 2002 Saudi Arabia cut  diplomatic ties with Qatar for five years. Also Qatar found the Arab Spring an opportunity to strengthen its regional influence and worked to support political Islam, this was an important point of contention between Saudi Arabia and the UAE on the one hand and Qatar on the other.

The speakers also spoke about the pragmatism of Qatar in its relationship with Iran, which is another point of contention with Saudi Arabia, as Qatar believes that Iran is a neighbouring country and must have a balanced relationship with it.

In the second session speakers discussed the economic and social implications and the extent to which Qatar was affected and its ability to face the Gulf siege.