Sandstorm by Dana AlFardan, Performed by the London Metropolitan Orchestra 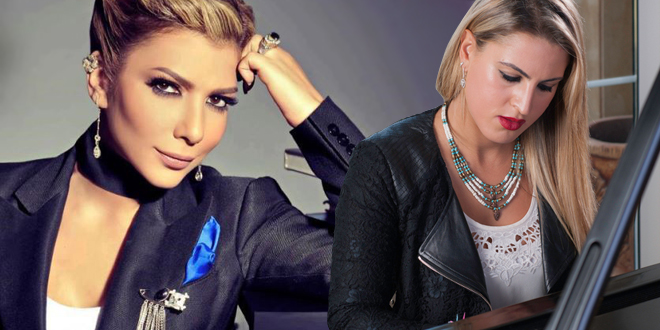 On 17th September 2017, Dana AlFardan, Qatar’s preeminent composer and CEO and founder of Qatar’s only record label, DNA Records, will bring her classical repertoire to the iconic Theatre Royal Haymarket in London’s West End. The concert programme, orchestrated and arranged by renowned London-based conductor, arranger and composer, Dave Arch, best known for his work on BBC TV’s Strictly Come Dancing, will be performed by the London Metropolitan Orchestra (LMO), conducted by Musical Director, Andy Brown, and will feature multi-award-winning Syrian singer and TV personality, Assala Nasri, in a rare showcase of the Qatari composer’s interpretation of world music to an international audience.

Dana Al Fardan, composer, songwriter, and symphonic artist, is already garnering international attention, enhanced by her fourth album release, Sandstorm. The work blends sumptuous strings, choral vocals and soloists with traditional Middle Eastern rhythms. The album was recorded at Katara Studios in Doha. As Qatar Airways’ official composer, her music entertaining international passengers on boarding, Dana is flying the flag as the first composer and performer to bring the music of her small Gulf nation to the rest of the world. Already a figure of considerable esteem in the Gulf region, and following the success of the performance of selected pieces from Sandstorm at Cadogan Hall last year, this month’s concert will be the first time the complete album has been performed outside Qatar.

With a glittering career as a singer, performer TV celebrity and number one artist in the Arab world, spanning more than twenty years, elevating her to huge fame across the Middle East region, this will be a rare opportunity for Assala Nasri’s considerable UK fan base, largely expats from the Arab diaspora, to see her live on stage in London. Dana invited her to perform at the concert after composing the song, Sandoo’ Segheer on Assala’s latest album, album, Mohtamma Bel Tafaseel, released last month. The track has already had more than a million plays online since it was released less than two weeks ago.

The LMO is an ensemble of world-class musicians that has been engaged by all the major Hollywood studios and worldwide record labels for over 20 years. On 17th September, the curtain will rise on the orchestra performing a full programme of a unique interpretation of contemporary classical music for the first time to an international audience for one night only.

Part of Qatar’s “National Vision 2030” impresses the importance of women in the country’s future. As the nation’s most prominent female musician, composer and music entrepreneur, having set up the country’s first and only record label, Dana represents a strong and internationally appealing role model for the women of her nation and an example of the Qatari woman of 2017 who is proud to present her country’s culture to the world and is building its music industry from within the nation as a means to export Qatari culture to the international community.