The Embassy of the Kingdom of Bahrain to the United Kingdom held a celebration on the occasion of the historic and deserving victory of the Bahrain National Football Team for the Gulf Cup in its twenty-fourth session, which was held in the State of Qatar.

With this celebration, the Ambassador of the Kingdom of Bahrain to the United Kingdom, Shaikh Fawaz bin Mohammed Al Khalifa, indicated that the deserving victory for the national team came from the permanent support of His Majesty King Hamad bin Isa Al Khalifa, and His Majesty’s constant care for young Bahraini people in all fields and his encouragement always to obtain achievements to raise the name of the Kingdom of Bahrain high among nations.

The ceremony permeated songs in patriotism presented by the Bahraini police band, where the audience interacted and praised them. 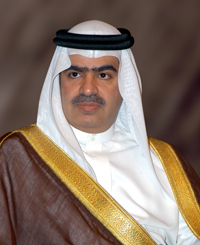 Before the event, the Ambassador of the Kingdom of Bahrain to the United Kingdom, Shaikh Fawaz bin Mohammed Al Khalifa congratulated His Majesty King Hamad bin Isa Al Khalifa on the historic and well-deserved achievement as the Bahrain National Team won the 24th Gulf Cup in Qatar.