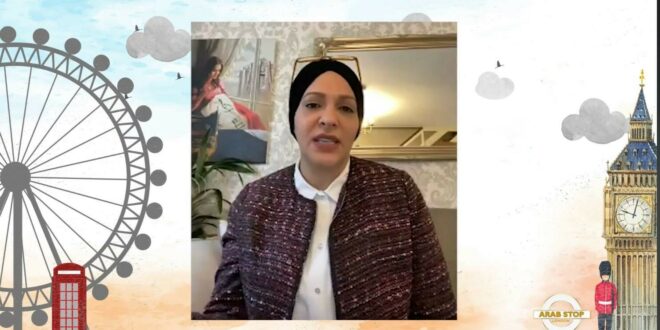 Immigrants arrive in a new country carrying their dreams in entrepreneur visa , but sometimes these dreams face paperwork difficulties.

To shed light on such a situation, journalist Savannah Al-Badri organized a meeting between one of the immigrants, Zeina Al-Taima, and immigration and passport affairs expert, Nadia Bazzaz in her weekly program Arab Stop London, which discusses immigrants’ difficulties obtaining visas in Britain, and to explain all the required and correct procedures to obtain residency to her viewers.

Zeina Al-Taima and her family left Iraq five years ago to start an investment using entrepreneur visa in Britain and opening a restaurant. Things went smoothly for three years until the residency renewal date.

Zeina summarized her story, saying that her application was rejected three times because of the restaurant’s workers. Shen then had to start a new application, which was also rejected for the same reason because the workers’ situations and their costs were not clearly detailed to the Home Office.

Lawyer Nadia explained that the reason for the refusal was the workers. The lawyer in charge of the case must attach a clarification letter to the file stating the workers’ expenses details and that Mrs Zeina is married and fully supported by her husband.

Zeina continued her story, saying she took her case to court and won the case. Still, the Immigration Department (Home Office) did not consider the court’s decision and refused to give her residency.

So, she started a new application and waited a long time without any response from the Home Office until they finally told her that no response can be given regarding the new filing before the Supreme Court decides on the previous one. This matter, the lawyer explained, is entirely legal because the reasons for the rejection are the same as in the two applications.

Finally, Savannah shed light on the psychological side of the story by asking Zina about the consequences of the rejection on her daily life.

Zeina was emotional when she answered because one of her sons stopped studying, and the family lost their residency in Amman, in addition to their complete suspension.

Driven by this answer, Savana asked, ‘How can these matters be avoided in the future?’ Lawyer Nadia responded, saying that the lawyer must keep up with the file and attach all the required details. In a case of no response, an applicant must go to court to obtain a ruling.