How have the Arabs lived with Corona in the UK ? 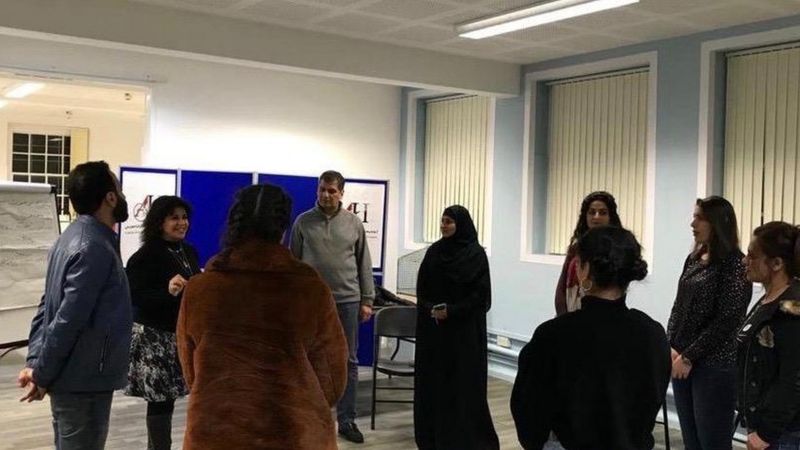 Like many people around the world, the Arabs who lived with Corona in the UK and in Britain, sitting in front of a computer screen and providing training through the Zoom app has become a daily routine for Zainab Al-Jawary during the Corona epidemic.

Zainab, who lives in London, specialises in voice training, body movement, and mime. She currently has several trainees from Gulf countries, most of them work in chanting, and of course, her work has been affected by the epidemic.

Britain is one of the most affected countries by the Corona epidemic, as it has recorded tens of thousands of deaths and infections and the virus’s impact on the areas of health, the economy, and its impact on residents’ daily life is unprecedented.

Doctors of Arab origins were the first victims in the British health sector as part of ‘the first defense line against the virus.’

Zainab Al-Jawary, who runs the Academy of Arab Arts and Heritage in Britain, which spreads Arab culture through training and qualifying talented, said, ‘Many training classes have not been completed due to the epidemic, and training has become via Internet applications.’

The centre has different activities like drawing, singing, music, Arabic calligraphy, and many other activities.

Zainab told the BBC, ‘The psychological aspect of the absence from the academy is very influential, in addition to the economic impact, of course.’

According to British government guidelines, large gatherings are not permitted. ‘This made the Academy’s choir gathering difficult to achieve,’ she said

The choir consists of fifty artists of different specialisations and Arab origins. It aims to present the Arab singing heritage to the world by organising an annual ceremony. This year it will be difficult to achieve.

Nora Sabry, a choir member, who is a human resources advisor in the British Ministry of Justice, and whose activities, in addition to singing in the choir, provides an example of Corona epidemic adaptation.

Belly Dancing and Fitness on WhatsApp

Nora offers fitness classes in belly dancing for private groups and said, ‘It is a way to present Arab heritage through dancing, in addition to physical health and of course, for a small fee, because the goal is not material.’

The training sessions that Nora was providing in her local area were affected by the epidemic, so she resorted to Internet video applications, but she says that the numbers have decreased a lot because most of the participants are Arabs and they are reluctant to participate in online dance education videos.

Despite taking into account that entry to these exercises is done by private invitations only, and they no longer charge fees for them.

Statistics indicate that in Britain, there were about 10 million in sports clubs before the epidemic lockdown.  Currently, some online exercise platform subscriptions have increased by more than 900%.

Nora said, ‘Despite the Corona lockdown and the difficulties associated with it, it has provided more time to think about new ways of doing business.’

Nora has used WhatsApp by creating fitness groups based on monthly challenges that include completing specific daily exercises. The person who finishes the routine sends an emoji stating that.

The economic situation of Arab families in the UK

Since smoking has been prohibited in closed places in Britain since 2007, these restaurants and cafes offer them in open areas and at the shops’ entrances.

However, with the Corona lockdown and the restaurants’ closure for three months, these things have disappeared, only to return with the reopening of the restaurants, bars and cafes in early July, in England specifically.

The restaurant sector across Britain has been affected by the lockdown and has resulted in complete closure for some. As a result, the UK restaurant sector’s tax contribution is estimated to be £123bn annually.

Nema Khalil, who runs a restaurant in western London, says that despite the three lockdown months’ negative economic impact, people’s desire and eagerness to go out after the lifting of the lockdown remains, and he will have customers returning to his restaurant, as before, especially since members of the Arab community prefer staying up late in such restaurants.

At the time when restaurants and cafes stopped operating, the demand for Arab food products and vegetables became even greater, as most Arab families were cooking at home. The Park Rowell area in West London became a major shopping centre.

There are Iraqi, Syrian and Lebanese stores, such as Salam Shopping Center, Lebanese Center, Lebanese Roastery, and most of the sweet shops, Patchi, Levant, and Wow Sweet, in addition to bakeries such as Rayyan and Kamil bakery.

Nema adds that the measures he took in the restaurant ‘Contributed greatly to the visitors’ feeling of safety with seating places that take into account social distancing along with sterilisation points inside the restaurant.’

According to British government guidelines, restaurants should not play music loudly so that people do not have to speak loudly, ‘which increases the chance of the spread of the droplets out of the mouth, a major cause of the virus’s spread if a person has the disease.’

While medical reports warn of shisha and its role in the spread of disease, Nema says that its demand has not decreased, mainly because his restaurant uses “single-use hoses”. Some customers have their own tools that are not shared with others.

It should be noted that some shisha cafes now offer shisha to customers in their car, where they put the shisha out and extend hoses into the cars.

Any nighttime Park Royal visitor can see this scene in front of the Bamboo Lounge Café, where dozens of luxury cars enjoy shisha in takeaway style.

The Arab community situation in Britain may not differ from the rest of the population affected by Corona, but there are some slight differences in how it adapts in different situations. 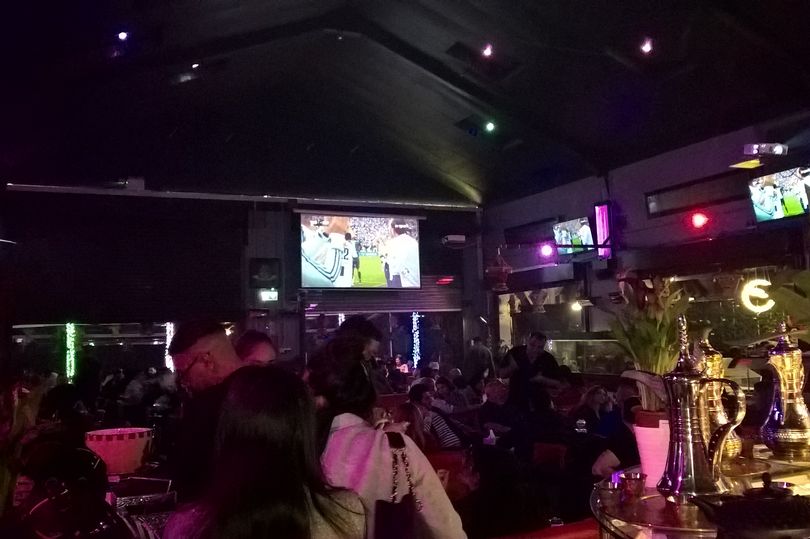 Related Topics:Arabs in the UK
Up Next

Majid Al Futtaim Lifestyle launches ‘THAT’ at Mall of the Emirates