The UK and the UAE, talks of future plans and stronger relations 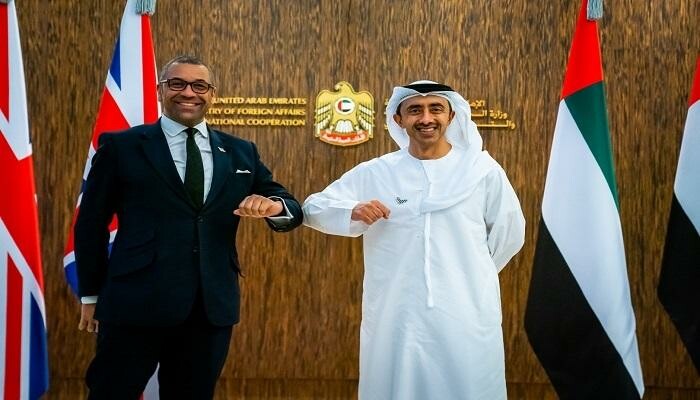 The UK and the UAE affirmed the depth of the historical and strategic relations between the two countries and the work to strengthen them.

Britain and the UAE: Deep-rooted relationships and history 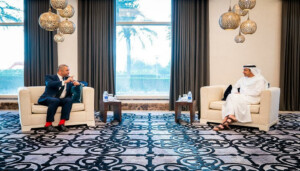 That affirmation was made during a meeting between Sheikh Abdullah bin Zayed Al Nahyan, UAE Minister of Foreign Affairs and International Cooperation, with James Cleverley, British Minister of State for the Middle East and North Africa.

According to the Emirates News Agency, the meeting, held at the Ministry’s general office in Abu Dhabi, discussed the strategic relations between the UAE and the United Kingdom along with ways to enhance joint cooperation in all fields.

Sheikh Abdullah bin Zayed Al Nahyan, welcoming Mr Cleverley’s visit, stressed the historical and strategic relations between the two countries based on a long history of friendship and joint cooperation in all fields.

The Sheikh and the British Minister reviewed several regional and international issues of common concern.

Cleverly commended the strong relations between the UAE and the UK, stressing his country’s desire to boost their overall cooperation, most notably in the areas of business and commerce. He also agreed with the Emirati approach, stressing that the UK shares the UAE’s point of view on addressing challenges that require coordination and cooperation.

The two parties also discussed developments of the ongoing Covid-19 pandemic and the countries’ efforts to deal with its repercussions.

Recently, The United Arab Emirates agreed to a multibillion-pound investment partnership with the UK to invest in British health, technology, clean energy and infrastructure. As part of the deal, one of Abu Dhabi’s most active state funds will pump £800m into the life sciences sector over five years alongside £200m from a British government fund.

In the scope of the partnership support .. Arab-European Centre cooperated with the Tunisian Ministry of Education