Garden of Eden is in London through Making Paradise exhibit 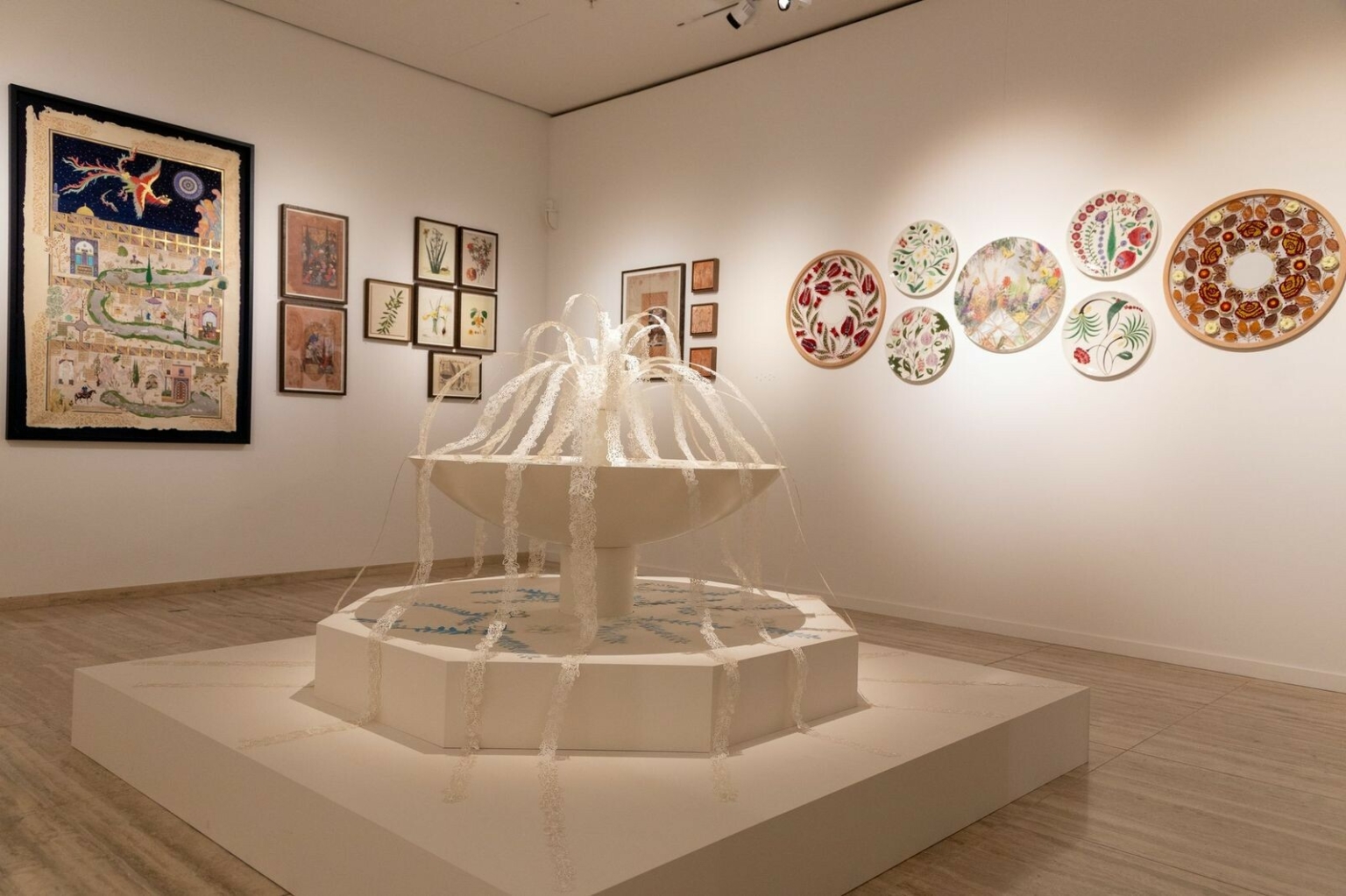 A fountain in the middle of four Paradise Gardens is how 22 international artists represent the concept of Islamic Al-Jannah — the Garden of Eden, in a group exhibition.

The walls of the gallery have been transformed into the four symbolic quadrants based on the ‘four gardens’ of Paradise in the Qur’an. The central focus is a silent fountain.

From this will spring a bespoke paper-cut installation of organic forms, other senses will be provoked alongside the visual show. One can scent perfume throughout the exhibit accompanied by a musical background of nature’s sounds and birds chirping.

‘Bury me by some sweet Gardenside’

Islamic Poetry is rich in nature descriptions and visuals, especially the poetry of the Middle Ages and that written in Persian.

While surrounded by fruits, flowers, and plants, the physical bliss felt symbolises the beatification of Sufi poetry. As Omar Al Khayyam says, ‘Bury me by some sweet Gardenside.’

Flowers often appear in Persian poetry and can be found in a poetry collection titled ‘Garden of Flowers’.

The concepts of beatification and gardens are heavily intertwined in Persian poetry, so much so the words ‘Paradise’ and ‘garden’ are often used in place of each other.

A Persian word for garden is بستان (bustan), which literally means ‘place of smell’. Therefore, it is no surprise that the culture of perfumes and oil vapours have existed throughout the Islamic world since the beginning of Islam in the 7th century C.E.

There are many cases where the prophet Muhammad and his people agreed with the spiritual value of perfume. The prophet is said to have been fond of musk and amber.

Whereas the word ‘Jannah‘ comes from an ancient Persian word for ‘Royal or closed garden’. It was also present in Greek, then Anglo-Saxon (English) over 1000 years ago as a synonym for the Garden of Eden.

‘A drop from a Persian Flower in the Garden of Eden’

Even a quick glance at Islamic literature and art throughout the years will reveal how often similar images were used to connect these gardens of the other world.

German composer Richard Strauss adapted the idea of a garden duality in his 1911 opera Der Rosenkavalier (The Knight of the Rose or The Rose-Bearer) in which Sophie inhales ‘a drop of the Persian rose’ silver rose oil and immediately announces the transmitting power of our sense of smell, ‘A heavenly flower, apparently not from Earth. A rose from the orchards of the sacred Paradise.’

Islamic poets and Sufi masters were at times, perfumers. They constantly reminded their readers and followers of the hybrid and intermediate nature of smells, as they come from the physical and spiritual realms.