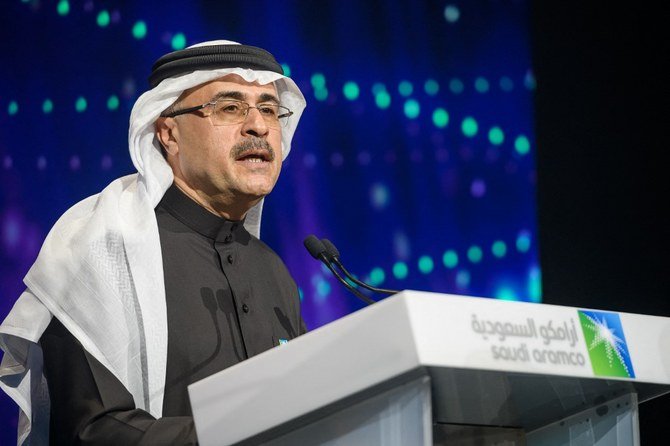 Taxing oil companies and capping energy bills are not long-term solutions to the global energy crisis, according to Saudi Aramco CEO Amin Nasser, as he warned about the lack of investments in the sector.

Governments across Europe have plowed hundreds of billions of euros into tax cuts, handouts and subsidies to tackle an energy crisis that is driving up inflation, forcing industries to shut production and hiking bills ahead of winter.

Under EU plans announced last week, excessive profits from energy companies would be skimmed off and redistributed to ease the burden on consumers.

Nasser, who heads the world’s largest exporter of oil, said continuing underinvestment in the hydrocarbons sector at a time when alternatives to fossil fuels were still not readily available was among the root causes of the problem.

“Freezing or capping energy bills might help consumers in the short term, but it does not address the real causes and is not the long-term solution,” Nasser told a forum in Switzerland.

“And taxing companies when you want them to increase production is clearly not helpful.”

He added: “Even if the conflict in Ukraine ended today, the energy crisis will not end. The real cause of energy insecurity is underinvestment in oil and gas.”

Aramco has been investing to raise Saudi Arabia’s oil capacity to 13 million barrels per day by 2027, but Nasser warned that globally investments in hydrocarbons were still, “too little, too late, too short term.”

The underinvestment comes at a time when spare capacity is thin and demand is “fairly healthy” despite strong economic headwinds.

“When the global economy recovers, we can expect demand to rebound further, eliminating the little spare oil production capacity out there,” Nasser said, adding: “That is why I am seriously concerned.

Nasser, however, noted that capping energy bills might help consumers in the short term.

He added that global climate goals should not change because of this investment crisis.

“Investing in conventional sources does not mean that alternative energy sources and technologies should be ignored. But the world deserves a much better response to this crisis,” he said.

Nasser further added: “We are working to lower our upstream carbon intensity, our gas flaring, and our methane intensity, which are already among the lowest in the world.”

Last month, a report released by King Abdullah Petroleum Studies and Research Center revealed that a substantial rise in investments in the oil industry is necessary to guarantee energy security from 2025 and beyond, as the pandemic made the investment problem in the industry more evident.

According to the KAPSARC report, investment projections for 2022 are not optimistic.

The report estimated that global oil and gas investments, which include both midstream and downstream, will increase by just $26 billion this year, much lower than the $140 billion increase needed in upstream capex by 2025.

The report added that climate change “misconceptions” is one of the crucial factors that lead investors to turn away from the oil sector.

“The oil and gas industry has suffered from external discreditation through climate and social misconceptions, generating stigmas that have affected its investment attractiveness,” said KAPSARC in the report.

The report noted that the four key challenges that negatively impact investments in the sector are price volatility, uncertainties due to significantly diverging long-term forecasts, increasing climate change concerns, and the lack of regulation on environmental, social, and governance.